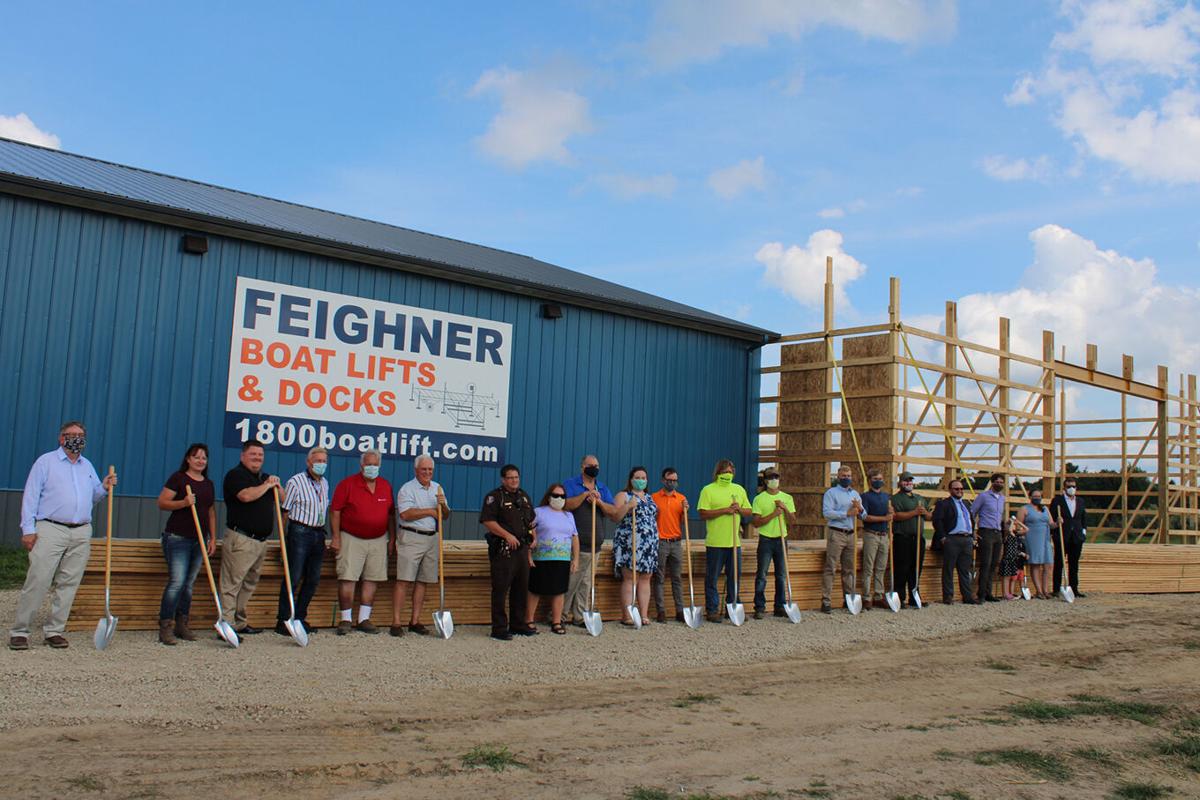 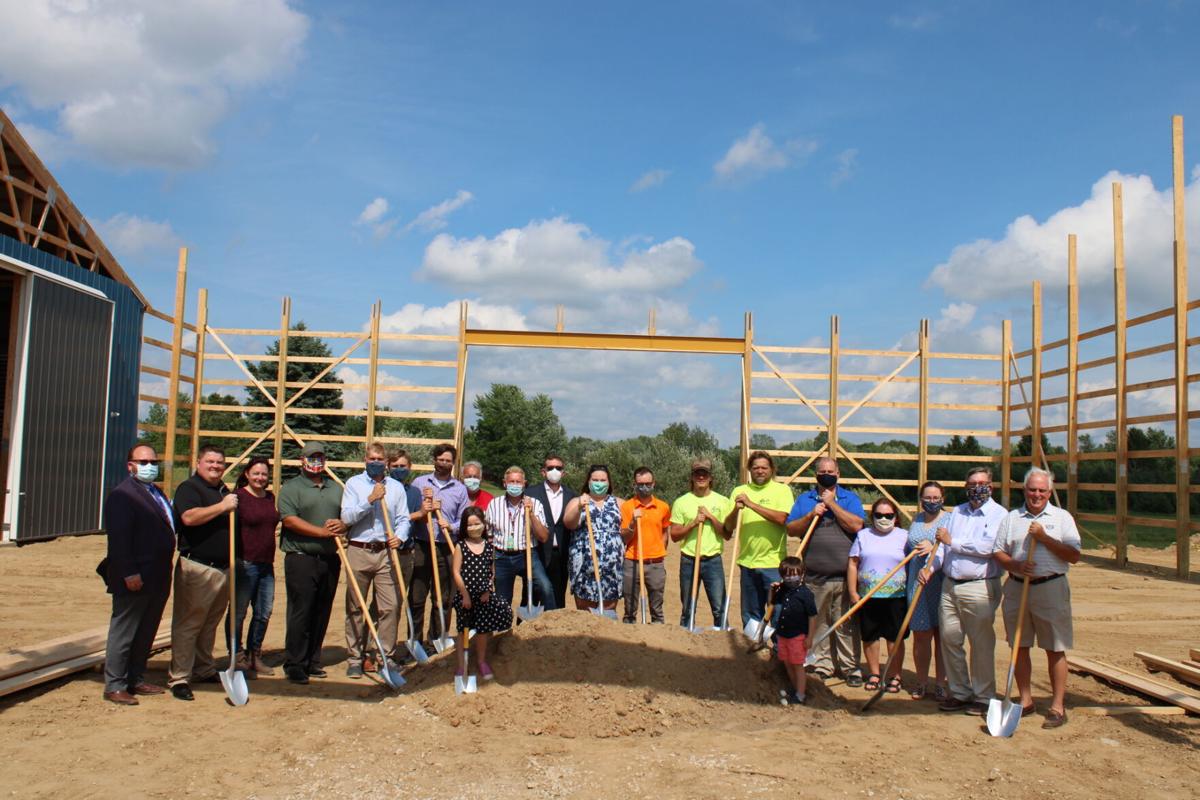 WOODHULL TWP. — When Feighner Boat Lifts and Docks initially broke ground on its Lansing Road location in December 2018, the weather was less than ideal.

Owner and CEO Scott Feighner recalls those gathered for the ceremonial groundbreaking at 7829 Lansing Road could only bare the cold for a handful of minutes as the temperature, and subsequent wind chill, hovered around zero degrees.

On Wednesday, the Charlotte-based company unveiled its expansion plans at the Lansing Road property with yet another groundbreaking ceremony. Luckily for Feighner, it was mostly sunny skies and near 90-degree temperatures this time.

“It’s wonderful, it really is,” Feighner said. “The sales have been strong and the support from the community has been tremendous.”

Feighner founded Feighner Boat Lifts and Docks in 1990. Initially located in a small facility in Nashville, Michigan, the Feighners transitioned to a larger space in Charlotte in 2006.

After several years of expansion, the company — which ships boat lifts and docks to dealers across the country — began scouting out properties for a second facility, ultimately settling on a nearly 22-acre parcel along Lansing Road in Woodhull Township.

To move forward at the site, the company required a rezoning of the property from agricultural production/rural residential to light industrial. The request received pushback from several township residents who believed that Feighner’s project didn’t fit the township’s master plan, that Feighner knew the land was zoned agricultural when it purchased it, that the business would be noisy and that there were more suitable building sites in the county than alongside their neighborhood.

By a 5-1 vote, the Shiawassee County Board of Commissioners approved rezoning Feighner’s 20 plus acres on Lansing Road in November 2018, except for a 200-foot strip of the land along Beard Road, where many of the opposing residents to the rezoning live.

Commissioners said at the time that the strip of land would serve as a buffer between the boat lift- and dock-building and retail business and the residential neighborhood to the south. The expansion will not extend into the buffer zone.

Feighner broke ground on its roughly 6,000 square foot facility in December 2018, with construction crews completing the bulk of the work in 2019.

On Wednesday, members of the Feighner family, their employees and several county officials — including members of the board of commissioners, newly hired county coordinator Brian Boggs and Sheriff Brian BeGole — gathered to commemorate Feighner’s ongoing expansion, as work is currently underway to develop the company’s existing space on the northern portion of the property into a 12,000-square foot facility.

Feighner said the purpose of the development is to allow for more storage space of finished products, which in turn will help ease the burden at the Charlotte location. Charlotte currently encompasses the bulk of the company’s manufacturing operations while the Lansing Road property is designated primarily for retail sales.

Feighner said he anticipates the current addition at the Lansing Road property will be enclosed within the next month or two.

“As soon as this gets in motion a little more, we’re going to apply for another permit for another 12,000 square foot facility on the east side of the property,” Feighner continued, noting so long as the weather cooperates, the structure could be built within six months.

The planned expansion will also likely lead to additional jobs down the road at the company, according to Feighner, as the ultimate goal is to expand manufacturing operations — including welding and fabrication — to the Lansing Road location.

“We know the economic challenges we’re facing right now but there are a lot of bright spots in our economy and I think Feighner is one of them,” Horvath said. “There’s a lot of people out boating, Crest Marine is doing well in Owosso, and they make boat lifts and boat docks here (at Feighner) so they’re finding opportunity, they’re investing in Shiawassee County, they’re adding building space, they’re going to be adding jobs here, adding tax base to the county, into the township and our schools so I think it’s a win-win.

“It’s a family-run business,” Horvath continued. “They do things the right way here so we’re really very grateful to have them invested in our area.”