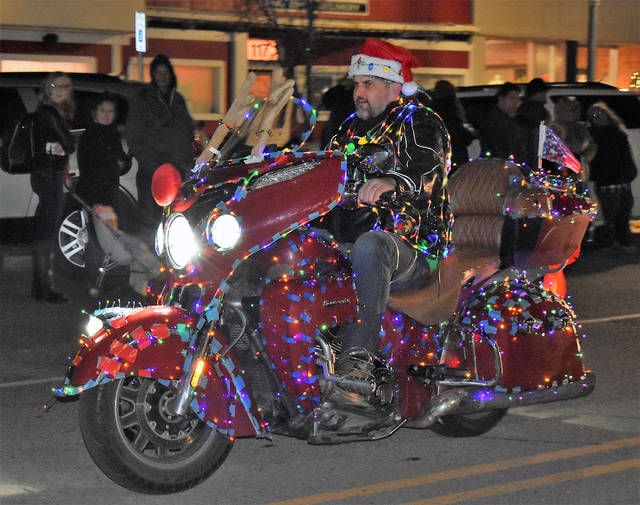 A man on a brightly decorated motorcycle rolls down Saginaw Street in Durand during Saturday’s Santa’s Light Parade. 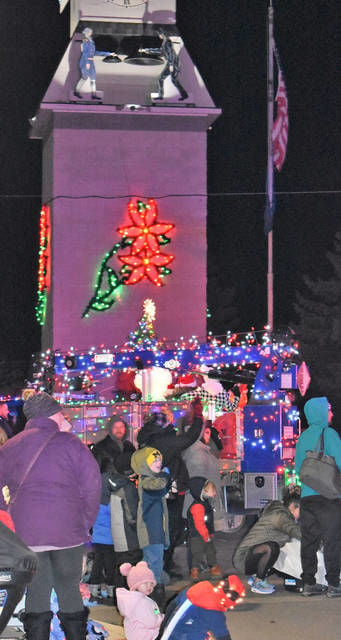 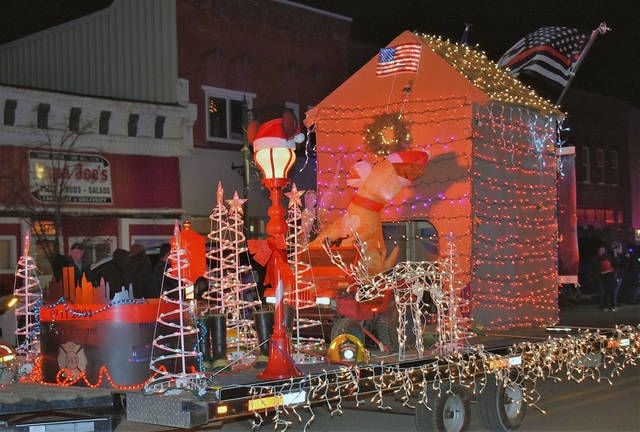 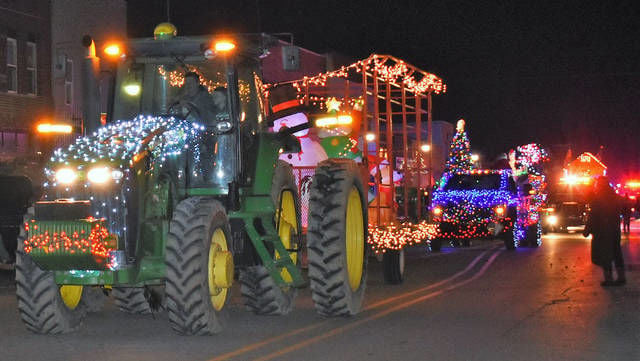 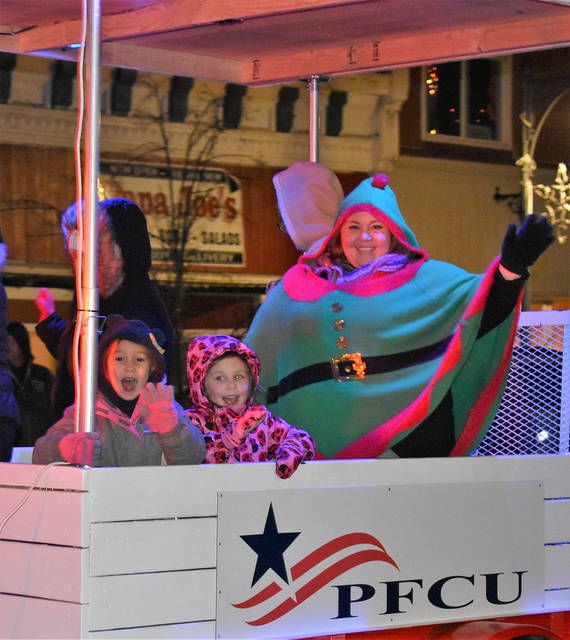 Riders on PFCU credit union’s float smile at the crowd. 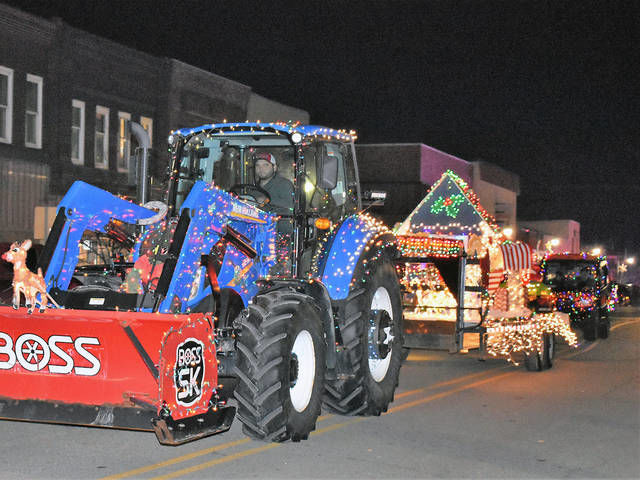 A man on a brightly decorated motorcycle rolls down Saginaw Street in Durand during Saturday’s Santa’s Light Parade.

Riders on PFCU credit union’s float smile at the crowd.

DURAND — Bright holiday lights winked on a long lineup of floats and vehicles Saturday during the annual Santa’s Light Parade down Saginaw Street.

The weather was chilly but clear, bringing out a large crowd to stand along the sidewalks in downtown Durand as piped-in tunes played.

Santa Claus rode a fire truck in the parade to the city’s decorated clock tower, located at the south end of Saginaw Street, and lit the Christmas tree.

Prior to the parade, Durand Union Station hosted its annual Festival of Trees event in the depot ballroom.