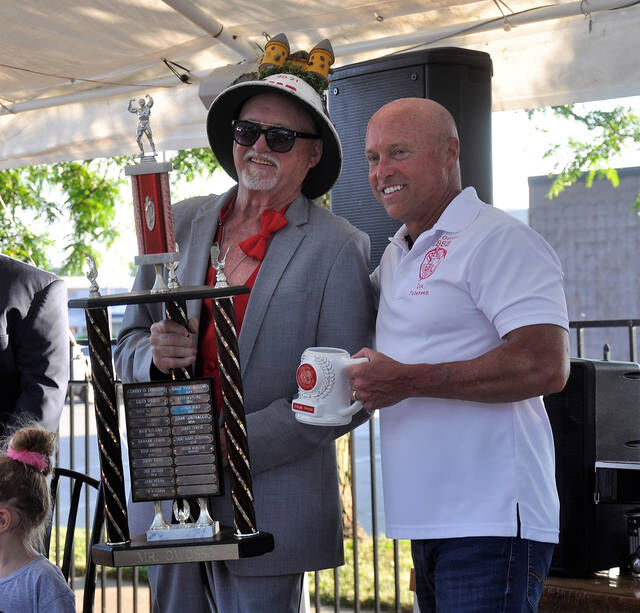 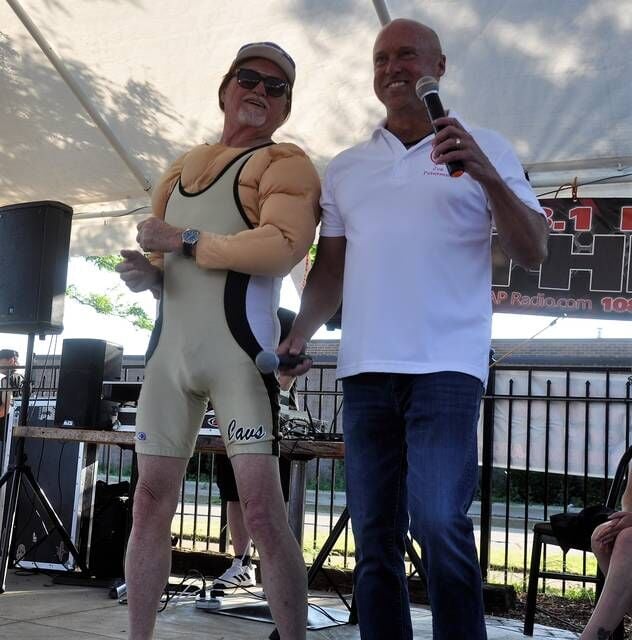 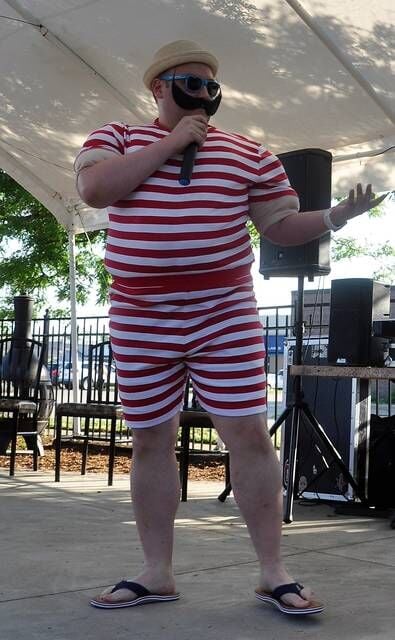 Mr. Owosso candidate Michael Kramer, a pediatrician and chief of staff at Memorial Healthcare, takes the stage for the swimsuit contest. 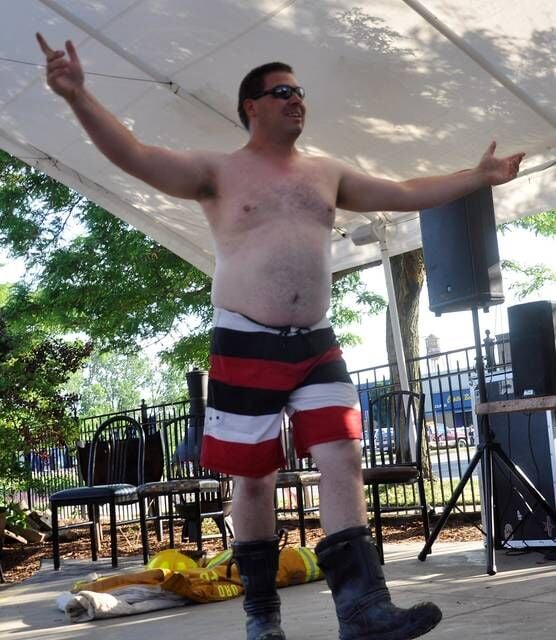 Travis Schneider, Mr. Owosso candidate for the Shiawassee Firefighters Memorial, is shown during the swimsuit competition. 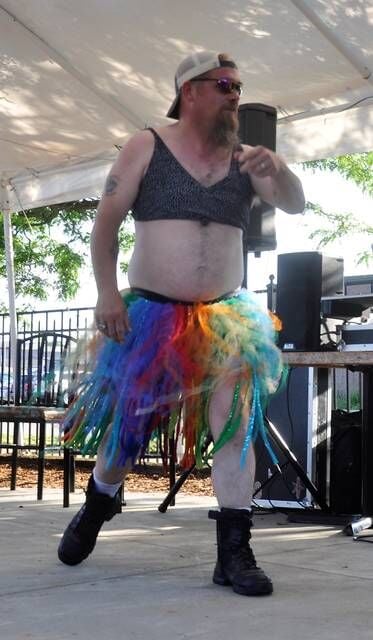 Mr. Owosso candidate Michael Kramer, a pediatrician and chief of staff at Memorial Healthcare, takes the stage for the swimsuit contest.

Travis Schneider, Mr. Owosso candidate for the Shiawassee Firefighters Memorial, is shown during the swimsuit competition.

The four Mr. Owosso contestants collected a total of more than $69,000 for their respective local charities, master of ceremonies Joe Petersen announced to an enthusiastic, standing-room-only crowd at the close of the Mr. Owosso finale Saturday night on Roma’s Back Door’s patio.

Clough ran for Mr. Owosso in honor of his son, the late Mark Clough, an early supporter and resident of veterans housing facility Fiddler’s Green, who died just two weeks before announcing he would seek this year’s title.

“I want to thank all my family,” Jon Clough said after learning he had won. “It’s been a joy. If I can help Fiddler’s Green and help the veterans, my son and I are 100 percent for it.”

The other candidates were Travis Schneider on behalf of Shiawassee Firefighters Memorial; Chris Owens for the Owosso Masonic Lodge; and Dr. Michael Kramer for the Shiawassee Family YMCA.

Despite ongoing COVID-19 restrictions, the Mr. Owosso candidates collected thousands of dollars during a series of fundraisers held during the three weeks leading up to the finale.

Saturday, Petersen led the four through a number of contests on stage, including a bathing suit competition.

Clough, dressed like actor John Travolta in the movie “Grease” danced with a female partner dressed like Olivia Newton-John to the song “You’re the One That I Want.”

At the end, the men sported suits as they thanked supporters and awaited the final donation tally, which determines the winner.

There were other awards, including the Pudge Hahn Award for congeniality and charity, which went to Kramer, a pediatrician at Memorial Healthcare Pediatric and Adolescent Medicine, the hospital’s chief of staff and a YMCA board member.

“We had a lot of fun, raised a lot of money and I’m so thankful for you guys,” Kramer said to his supporters, among them his campaign manager, Shiawassee Family YMCA Camp Director Emily Suggs.

Kramer also won the talent show. The donations he collected are earmarked for the YMCA’s financial assistance program, through which youth and families are able to receive up to 50 percent off membership and program costs based on income.

The winner of the swimsuit contest was Owens. He said his sponsor, the Owosso Masonic Lodge, will not be keeping the funds he raised but instead dispersing them to SafeCenter, Memorial’s cancer center, Homeless Angels and the Arc of Mid-Michigan.

Firefighter Schneider supported Shiawassee Firefighters Memorial, he has said, because he believes in its mission and because the memorial was the “last wish” of his father, the late retired firefighter Rick Schneider.