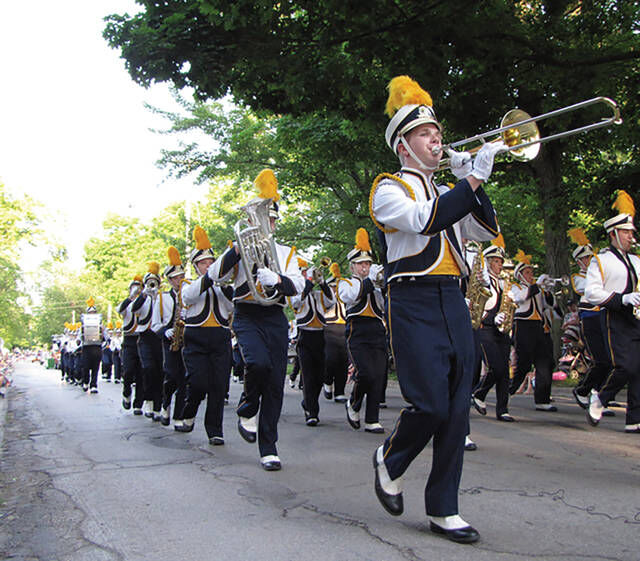 The Owosso Middle School band marches in the Kids in Curwood Country Parade in 2012. 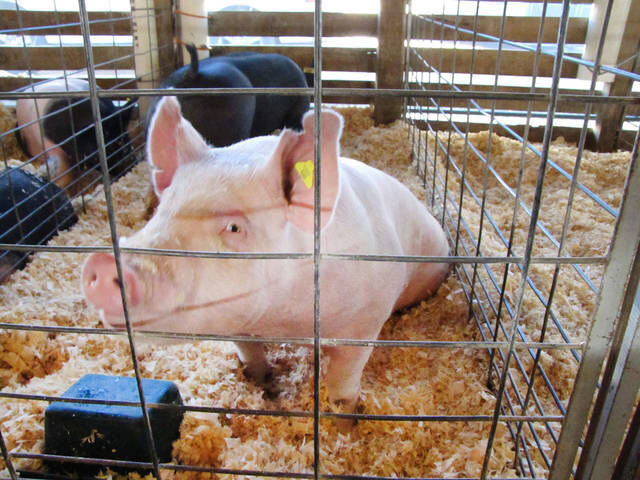 A swine entrant peers out of its enclosure in 2017 in the swine barn at the Shiawassee County Fair. 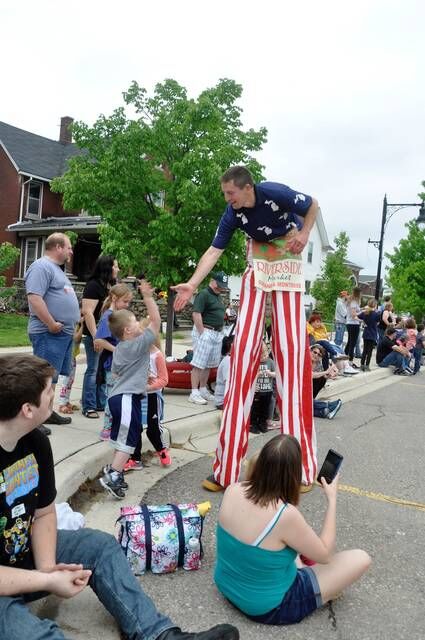 Kenzleigh Chatfield of Swartz Creek gets tickled about Durand Railroad Days in 2018.

The Owosso Middle School band marches in the Kids in Curwood Country Parade in 2012.

A swine entrant peers out of its enclosure in 2017 in the swine barn at the Shiawassee County Fair.

Kenzleigh Chatfield of Swartz Creek gets tickled about Durand Railroad Days in 2018.

More than a dozen area festivals and events were canceled in 2020 because of COVID-19, but representatives say this year’s events are expected to go on as planned, at least for now.

Some preliminary events, such as the selection of royalty for the Shiawassee County Fair, Durand Railroad Days and Curwood Festival, take place as soon as March. Curwood has delayed its royalty pageant while the Elsie Dairy Festival canceled its outright.

Among festivals, some of the earliest that must make decisions include Railroad Days and the Laingsburg Springtime Festival — both in mid-May.

“We know (state health orders) go month to month,” Railroad Days President Kent Edwards said. “We have to start planning way ahead. All we can do is plan for the whole festival and adjust as we go along. We’re planning the whole thing, everything.”

Gov. Gretchen Whitmer, and later the Michigan Department of Health and Human Services, issued numerous statewide health orders in the past year because of the COVID-19 pandemic. More than 14,000 Michigan residents have died from the virus and the various orders have sought to reduce the risk of further death.

In early 2020, as infections and deaths from the virus increased, one event after another was canceled as state restrictions took hold.

Following the 2020 holiday season, the state began reducing restrictions, including allowing high school sports and dine-in restaurant service as both infections and deaths have fallen.

Those moves have given people hope that some normalcy may return in 2021 — including the return of festivals.

“We’re hoping for the best and planning for the worst,” Shiawassee County Fair Board President Levi Zdunic said. “Where we are at is planning a full fair. If you don’t plan to have it, will you ever be ready? At this point, at a minimum, we know we can do a sale. If you look at the fair in sections, there’s the livestock section. Obviously the sale we accomplished last year.

“We’ve thought of creative ways to have a show, too,” he said. “The next piece is food and vendors. That’s all outdoors. We see no reason we can’t make that work, even if it’s drive-thru. We have a lot of space to spread things out.”

Zdunic said the board is considering how to do things that were hands-on in the past, such as ticket taking, with less interaction which could allow more events to take place.

“Our biggest concern is the two groups we mainly attract — youth and the elderly — those interactions could be a tough situation. We want to make it so everyone feels comfortable,” he said.

Zdunic said the board is trying to remain flexible regarding state orders. In 2020, the board decided early to announce a decision by June 1. This year, they want to be able to make a decision based on facts at the moment, so they aren’t setting a specific date for decisions.

“Things can change rapidly,” Zdunic said. “It might be worthwhile to wait a few weeks.”

Curwood Festival Board President Brian Reed said his festival’s various committees also are moving ahead with the intention of having an event in 2021.

“You have to plan for it until you can’t,” he said. “There are going to be changes for mass gatherings (for a long time). The carnival has a plan in place for social distancing. We plan on having royalty. The pageant may be virtual. For the baby contest, we may have people submit photos.

“Some events may not happen,” he added. “We’re looking at taking (areas used for vendors) and splitting them up to space people out. I already told food vendors no condiments can be placed out (they must use packets). There are all these little things.”

He questioned whether such things as the kids parade and Heritage Parade can safely take place because of social distancing requirements.

“It’s not up to us, regardless,” he said. “But even if we get the green light, do you want to be the first?”

Reed said the festival won’t have to make a decision until sometime in April. Most of the festivals big contracts, such as with the carnival, require notice at least 30 days in advance to cancel without incurring costs.

“We’re keeping out fingers cross and go from there,” Reed said.

Here’s a look at some of area’s major festivals and events:

The annual festival takes place each year in September.

According to city officials it’s “too early” to determine details about this year’s event.

According to Ovid city staff, the festival is “up in the air” at this time. A festival committee meeting is slated for this coming week.

The festival is set for July 8-10. President Carolyn Long said planning has not begun. “We’re hoping to be able to have a festival,” she said. “A lot has to be planned. By April we will know if we can have a festival.”

Long said the only decision made to date has been to cancel the pageant.

End of Summer Cruisin’ in Durand

The cruise takes place from 9 a.m. to 3 p.m. the Saturday of Labor Day weekend, Sept. 4 this year.

Candyce Wolsfeld, executive director of the Greater Durand Area Chamber of Commerce, said the organization is moving ahead with plans for a full slate of summer activities, including the cruise, smaller shows and events throughout the summer.

“We’re changing the cruise a little to make it safer,” she said. “We’ve had numerous (planning) meetings already.”

Lions President Cindy Arthur said planning for the festival, which is moving to Memorial Day weekend this year — May 27-31, is underway. The Lions are moving the festival in order to include a larger carnival.

Arthur said even if state restrictions don’t allow the carnival, they club is planning to conduct most events, including a chicken dinner for two weeks ahead of the festival and the annual raffle.

She said the chicken dinner was conducted as a drive-thru event in 2020 and that would take place again if necessary.

The celebration is slated for the Fourth of July. In the past it has included such events as a parade, car show, food vendors, musical acts, games and fireworks at dusk.

“We are planning on proveeding ahead with the event as normal,” Merilee Lawson, the Fourth of July Board treasurer, said. “The board feels that May will be the cutoff point for not being able to proceed forward due to COVID-19 restraints.”

At present, the only events planned for certain are a 5K run/walk and the fireworks.

“We certainly hope we can pull the even off for 2021,” Lawson said.

The fair is set for Aug. 3-7 at the Saginaw County Fairgrounds, 11350 Peet Road. Representatives did not respond to emails or phone calls seeking information.

A date for the selection of the queen and royalty hasn’t been set with the hope state restrictions will loosen further.

This year’s festival is slated for June 3-6 in downtown Owosso.

The queen, attendants and princess will be crowned at an undetermined date.

Officials are waiting for COVID restrictions to loosen before setting a date.

This year’s festival is slated for May 13-16 in downtown. Big Rock Amusements is scheduled to provide a carnival.

The queen, attendant, prince and princess will be announced at 6:30 p.m. March 12 at Durand Union Station.