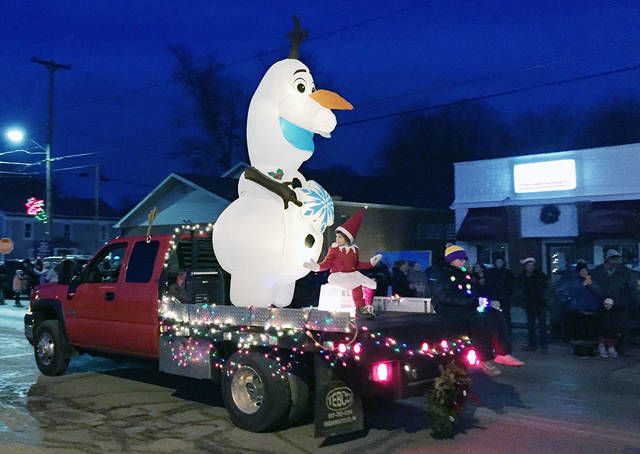 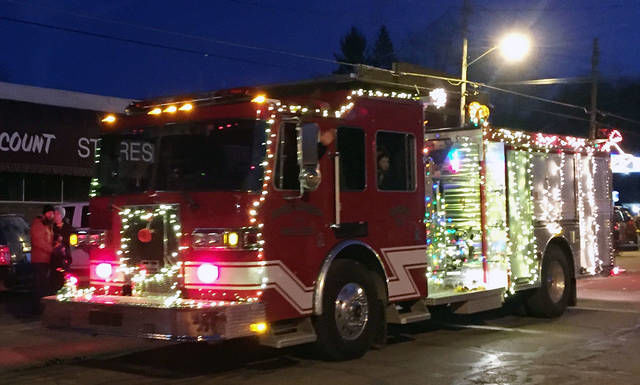 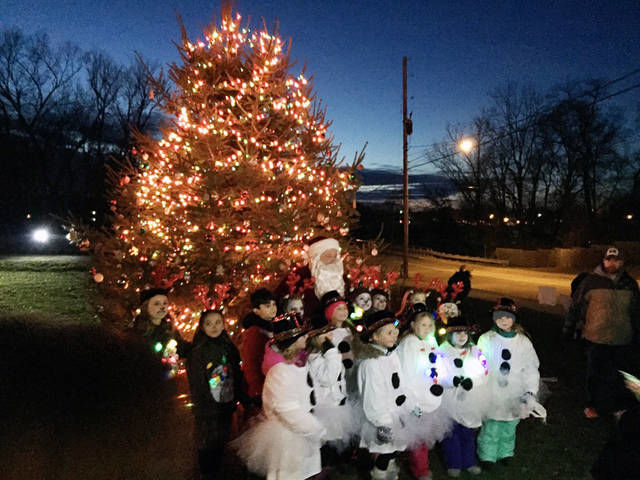 BYRON — Decorative vehicles, parade floats and even old Kris Kringle himself traversed Byron’s downtown Saturday evening as part of the annual Christmas in the Village celebration.

Festivities kicked off with a holiday-themed light parade, as area residents lined both sides of Saginaw Street shortly before 5:30 p.m. to watch a procession that featured a fire truck coated in Christmas lights, a large inflatable statue of Olaf - from Disney’s “Frozen” — as well as several community members in festive attire.

Santa Claus was led through the parade via a well-lit, horse-drawn carriage, and upon reaching the intersection of Saginaw and Maple streets, he was escorted by Beverly Miller, president of Byron’s Chamber of Commerce, to light the village Christmas tree.

In a matter of seconds, the corner of the intersection was aglow, as residents gathered around the sizable tree to bask in the array of colored lights.

For Miller, who’s been helping coordinate Christmas in the Village for nearly 20 years, the moment was surreal.

“We started just Christmas caroling years ago, and then we kind of grew just a little at a time and now it’s this,” Miller said Saturday. “It’s amazing…It’s really exciting to see to me to see it grow, because it’s still small-town, but yet it’s bigger than it used to be.”

After taking a moment to pose with children in front of the tree, Santa traveled across the street to the Byron Masonic Lodge, where complimentary cookies and hot cocoa were offered to all visitors.

Santa also took the opportunity to visit with children inside the lodge, ensuring he knew of their desired gifts for the upcoming holiday.

Miller said her favorite part of the evening had to be the enthusiasm of the kids.

“I like seeing the kids in their community, their excitement,” Miller said. “I’ve walked with Santa into the building before and kids stop him and hand him letters and it’s just, it makes me awestruck to see that.”