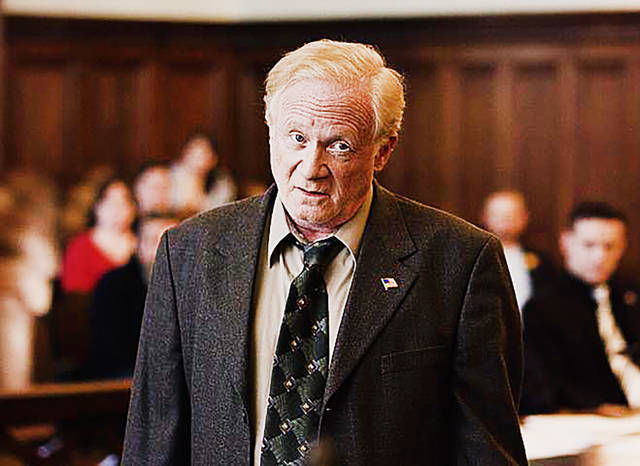 Actor Don Most emotes during a courtroom scene in the new movie drama “Man’s Best Friend,” which will have a world premiere at the NCG Cinemas in Owosso. 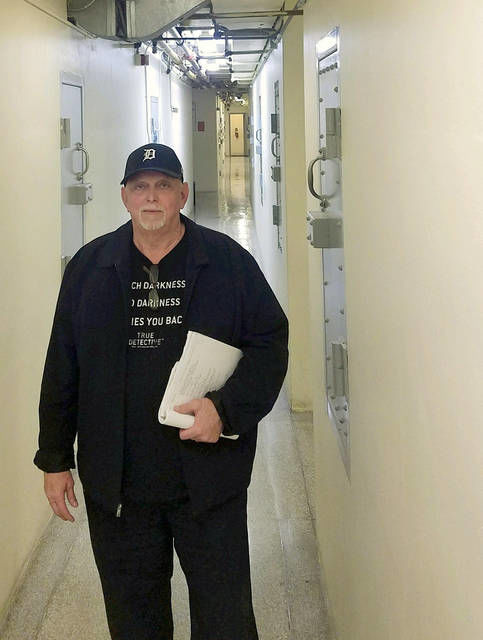 Corunna movie-maker Anthony Hornus walks the halls inside the Shiawassee County jail, where part of the movie was shot.

Actor Don Most emotes during a courtroom scene in the new movie drama “Man’s Best Friend,” which will have a world premiere at the NCG Cinemas in Owosso.

Corunna movie-maker Anthony Hornus walks the halls inside the Shiawassee County jail, where part of the movie was shot.

Actor Don Most, probably best known for his role as “Ralph Malph” in TV’s 1970s-’80s “Happy Days,” plays a complicated defense attorney in “Man’s Best Friend,” whose world premiere is set for Sept. 14 at NCG Cinemas in Owosso.

“Don is amazing. He is one of the least pretentious Hollywood types I’ve ever met,” said longtime movie-maker Anthony Hornus of Corunna, who directed “Man’s Best Friend.” “He’s so open (with his fans), he never turns anybody down, whether it’s a selfie or whatever.

“He does incredible acting in this film,” Hornus continued. “People are going to see Ralph Malph like they’ve never seen him before.”

“It’s a great role,” Most said, “and it gives me a chance to stretch and do what I love to do.”

Show times are 7 and 9:30 p.m. Sept. 14. Tickets are normally priced, running $9 for adults and $7 for students and senior citizens, and go on sale today online or at the NCG box office.

Both screenings offer movie-goers the opportunity to meet the cast and crew — including Most — at the theater. The party will continue at Roma’s starting at about 10 p.m., with a cash bar and menu, and the cast and crew on hand.

The movie shows the parallels between the treatment of wounded military veterans and “last chance” shelter dogs. The main character, wounded veteran Paul Landings played by DJ Perry (who also wrote the script), is charged with six counts of assault with intent to commit murder.

The intensity of the courtroom scenes — filmed inside the Corunna courthouse — makes the movie most suitable for children over age 12, Hornus said. It is expected to receiving a PG-13 rating.

Opening scenes were filmed at the Shiawassee Humane Society, while other scenes unfold against the backdrop of McCurdy Park, the county jail, former Pleasant View in Corunna (which was transformed into a hospital for the movie) and several local private homes.

Some scenes take place at the Cavalier Bar in Corunna, filmed just a couple of weeks before it burned to the ground last July. About 1,000 area residents served as extras, in addition to a cast of about 30 and crew of 40.

“We go wherever we need to, and this was the best place to shoot this film — Corunna and Owosso,” Hornus said. “Everybody was great. Absolutely great.”

“It wasn’t hard to play at all. As a matter of fact, I didn’t even have to act!” said Jacobs, who studied in the Michigan State University theater program. “Don (Most) and I connected right away, that mentor vibe was strong and I think it will transcend beautifully on the screen.”

“Man’s Best Friend” is the latest feature film created by Perry’s Collective Development Inc., based in Lansing, which has produced 15 or 16 motion pictures.

“I’d really like to thank DJ Perry for bringing me on board with his team,” Jacobs said. “I admire them so much for what they’re doing. Most people talk about making movies but they get the job done. What I love about CDI the most is the family vibe, on and off set. One team, one focus, and it is something very special.”

Over the course of his career, Hornus, a CDI production partner, has been involved in about 20 films, including “An Ordinary Killer,” which was based on his 2008 book of the same name, about a murder in Owosso Township in the 1970s.

“Tony Hornus was a joy to work with,” Jacobs said. “He can’t help but be extremely passionate and it was contagious. I fed off of it.”

One element that makes “Man’s Best Friend” unique is its attention to several social issues, including post traumatic stress disorder; emotional and physical challenges arising from wounds and disfigurement suffered by soldiers; veterans struggling with homelessness and poverty; animal abuse; troubled teenagers; and the arrogance of some who hold positions of authority.

“We explore the darkness that can be man’s inhumanity to man (and beast),” Hornus said. “Yet we also embrace the goodness of others. This one is close to my heart and DJ’s. He’s the dog person, and I’m the military person.”

Following weeks of pre-production and a month of filming, “Man’s Best Friend” is ready for audiences.

“A lot of passionate work by hundreds of artists and others, including no less than 12 military veterans among the cast and crew, is ready for its debut,” Perry said.

The net proceeds from the world premiere event, Hornus said, will be divided between the Shiawassee Humane Society and The Red, White and Blue Project, a nonprofit organization that supports military veterans.