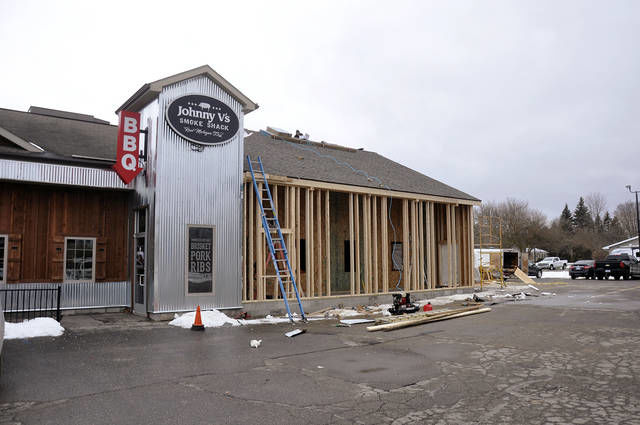 Johnny V’s Smoke Shack in Perry is constructing an addition that will double its capacity. 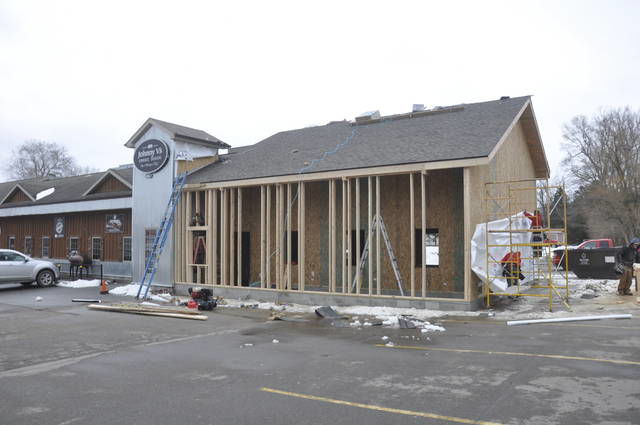 Johnny Vs Smoke Shack in Perry building an addition on their building that will double its capacity. 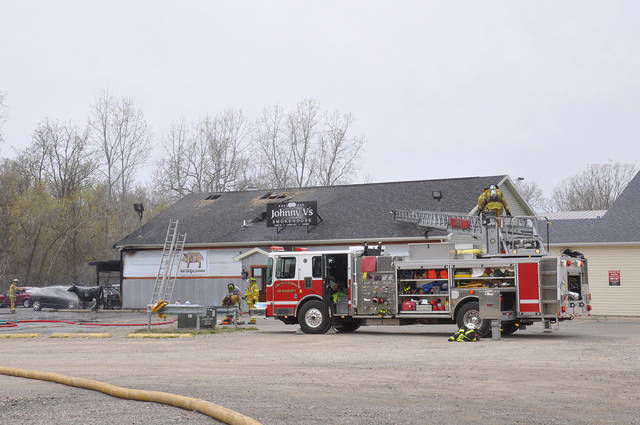 Argus-Press Photo/Josh ChamplinJohnny V’s Smokehouse in Corunna is shown Saturday after firefighters brought a fire under control. Firefighters remains at the scene for several hours as they assessed damage and kept watch for rekindled flames.

Johnny V’s Smoke Shack in Perry is constructing an addition that will double its capacity.

Johnny Vs Smoke Shack in Perry building an addition on their building that will double its capacity.

Argus-Press Photo/Josh ChamplinJohnny V’s Smokehouse in Corunna is shown Saturday after firefighters brought a fire under control. Firefighters remains at the scene for several hours as they assessed damage and kept watch for rekindled flames.

PERRY — Soon there will be more “Real Michigan BBQ” to go around — and a few beverages to help customers cool down if it gets too spicy.

Johnny’s V’s Smoke Shack is undergoing a major expansion that, when complete, will more than double its capacity, according to co-manager Charles Spring.

The eatery, 3062 W. Britton Road, is constructing the addition on the west side of the current takeout-oriented business.

The new dining area will add about 75 seats to bring the total to more than 100. Currently, the restaurant can seat about 30 people. The parking lot is also being expanded to accommodate the increase in patrons.

Spring said construction of the addition is expected to be complete sometime in March, possibly as soon as late February if things move ahead of schedule. He said the business plans to keep the same food the restaurant has become known for, but is adding beer and wine for the first time.

The location does a lot of carry-out and Spring said the owners, Kevin and Susan Dittrich, wanted to expand to give customers more options.

“The owners want to have enough seating so that when people come in it’s not packed, because right now in about 10 minutes, the whole dining room can fill up,” Spring said.

The Perry location was especially busy since a fire at the original Johnny V’s in Corunna gutted the building.

The fire was caused by high winds blowing flames from a smoker against the restaurant’s exterior wall.

Items inside the restaurant that weren’t destroyed were damaged by smoke and/or water. The owners had the building demolished. The Dittrichs have not determined future plans for the site.

CORUNNA — Johnny V’s Smokehouse is closed after a fire Saturday, and it remained unknown Mon…

PERRY — What once stood as a car wash will transform into Johnny V’s Smokeshack by the end of 2017.