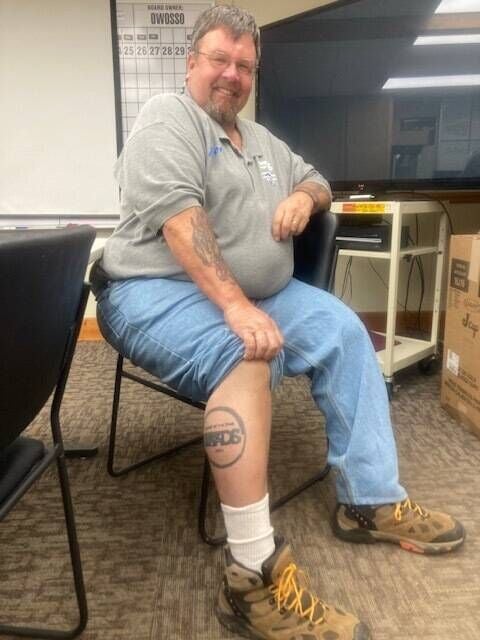 Mort Edwards displays the tattoo he got for receiving the ADS driver of the year award. Edwards retired after 40 years of service with ADS. 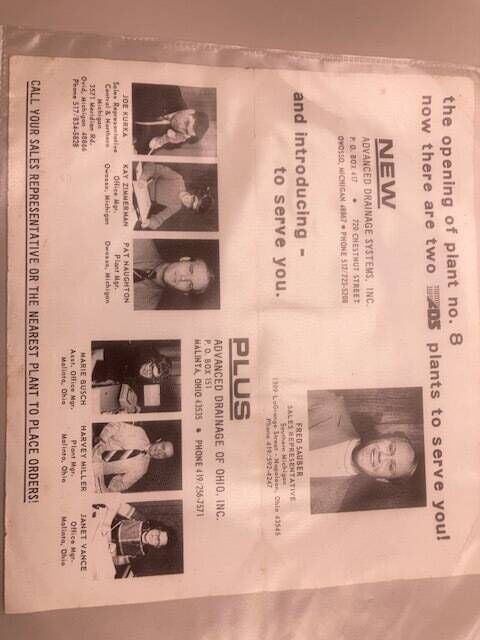 Kay Zimmerman, second from left, is shown in an original job posting for a 1971 Advanced Drainage Systemns advertisement. 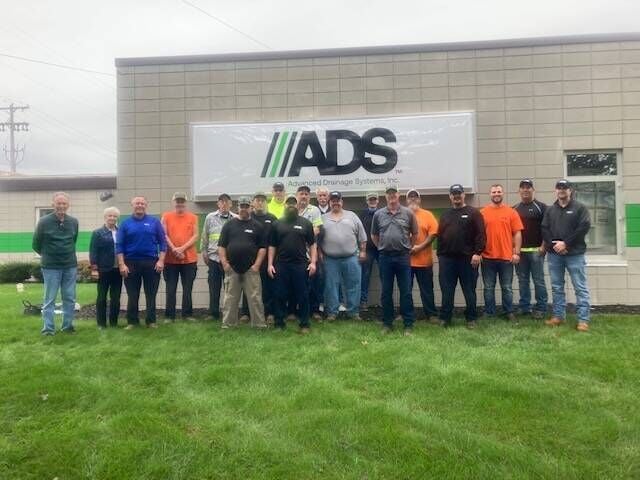 Mort Edwards displays the tattoo he got for receiving the ADS driver of the year award. Edwards retired after 40 years of service with ADS.

Kay Zimmerman, second from left, is shown in an original job posting for a 1971 Advanced Drainage Systemns advertisement.

OWOSSO — Advanced Drainage Systems recently celebrated the 50th anniversary of its Owosso facility, and Kay Zimmerman, who was the first employee to open the front door Oct. 11, 1971, returned to reminisce after retiring in August after 493/4 years of service.

Zimmerman and other retirees and current employees of ADS said they shared togetherness and solidarity after decades of working with each otger.

“My employment date was Oct. 11, 1971, but I literally worked for nothing for a couple of months,” Zimmerman said, describing her beginning with ADS. “I have the article in The Argus-Press that said the (Chamber of Commerce) is bringing a new business to Owosso. I went to the chamber, then they got ahold of me, interviewed me, and asked me to be a liasion. So that’s what I did.”

“When she retired, we couldn’t get the desk out of the building,” Kobe said.

“I felt like I was building a home,” Zimmerman said. “And I was.”

ADS was founded in 1966. The company produces drainage pipes fittings, basins and other products for agriculture and infrastructure. The company has about 60 plants throughout the U.S., Canada and Mexico, as well as more than 30 distribution centers.

Plant Manager Rick Lamb said ADS uses mostly recycled material to produce its wares, which do not rely on petroleum-related products. ADS now is the second-largest recyler of plastics in North America.

At the Owosso location, one thing that sticks out is longevity, and how well current and former employers care for each other and get along.

Lamb said the employees he has worked with over the course of his employment are “the fabric of the company,” and while is company has locations in three countries, what makes Owosso’s facility special is the people.

“It’s important to have some perspective,” Lamb said. “We have a lot of longevity in this room, experience, knowledge.”

Mort Edwards, who retired after 40 years of service as a driver and in ADS’s shop, won driver of the year out of more than 600 nominees throughout the company.

Edwards said at one point in the 1970s he was laid off due to an economic downturn, and went to Colorado for work.

“I went out there and I hated it,” Edwards said. “I was a kid. I was young and homesick. Me and a buddy stayed there for four months and were like ‘screw this.’ We filled the trunk of our car up with Coors (not available in Michigan at that time) and came home.

John Zeigler, who started at ADS in 1976, is the current longest-serving employee at the Owosso location.

“I was bored (before taking the job), but this has been fun,” he said of his 40-plus years of service.

Josh Hawn, the ADS Owosso production manager, said he has always gotten along with current employees, and looks forward to seeing retirees visit the office.

Jim Etchison, who retired as a dispatcher after 23 years, said while disagreements are common in any workplace, every day was a pleasure to work at ADS.

“It’s the type of place where you never have those deep-seated regrets and no one ever hated you,” Etchison said. “We’ve never had that here. We’ve had some disagreements. We got over it and we’re good friends. Any of these people are welcome at my house any time.”