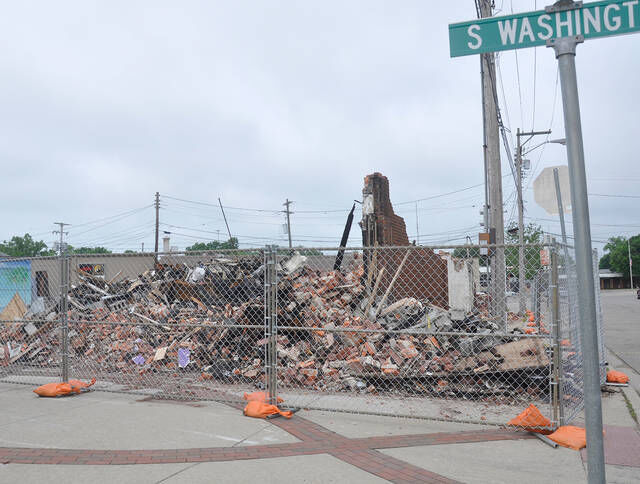 A large pile of debris, shown this morning, is all that remains of the former Jumbo’s Burger Bar at the corner of Washington and Comstock streets in downtown Owosso, which was destroyed by fire April 1. 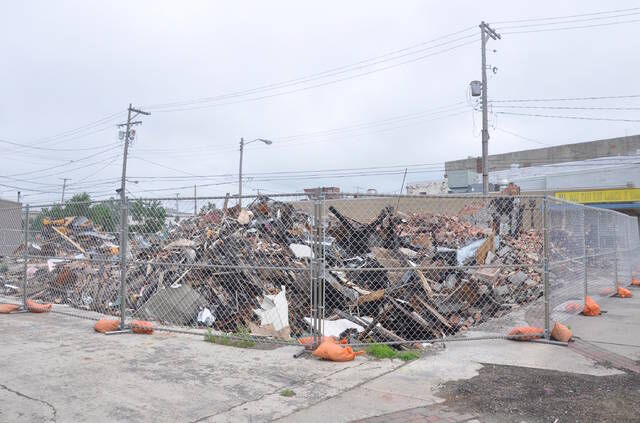 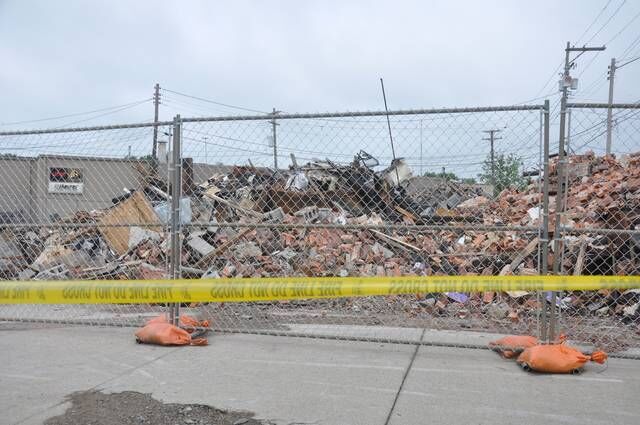 A large pile of debris, shown this morning, is all that remains of the former Jumbo’s Burger Bar at the corner of Washington and Comstock streets in downtown Owosso, which was destroyed by fire April 1.

OWOSSO — The official conclusion is in: The Jumbo’s Burger Bar fire April 1 was the result of an “unknown cause.”

Meanwhile, the building owner is making plans to clean up the site — on Washington Street at the corner of Comstock Street in downtown Owosso — which remains piled with rubble, and “restore” the property.

During Monday’s Owosso City Council meeting, council members asked for an update on the fire investigation.

“I just talked to the building owner, and he is pursuing bids to remove the debris and restore the site,” City Manager Nathan Henne said. “He received notice that he has 121 days to clean up the site — that’s what’s allowed by law.”

Public Safety Chief Kevin Lenkart said that after an investigation, the cause of the fire was undetermined. In response to a question, he noted that a large percentage of investigations of similar fires aren’t able to determine a cause.

Owosso Mayor Chris Eveleth said he’d been told there were three separate investigations of the blaze. However, Lenkart said this morning he was aware of only one investigation, conducted by Owosso police and fire departments. He said getting to the bottom of how the fire happened was made difficult by the amount of debris left behind, and the difficulty of moving large rubble piece by piece in order to investigate.

“(Pinpointing the cause) was not feasible,” Lenkart said this morning.

The building was a total loss after a fire ripped through the structure on the evening of April 1. A large pile of rubble, now protected by a temporary fence and yellow tape, is all that remains.

When the blaze broke out, the structure was vacant. No one was injured. Fire and police crews worked through the night to bring the fire under control.

Many residents stood by and watched as the former Jumbo’s Burger Bar, an Owosso fixture for more than 50 years, burned to the ground.

The bar/restaurant, owned by Todd Sydow, permanently closed in March 2019, a move that shocked many residents at the time. The restoration plans by the building owner are not known.

Hope this sight is cleaned up ASAP. Clear it out, turn it into a needed green space with picnic tables/benches/flowers.