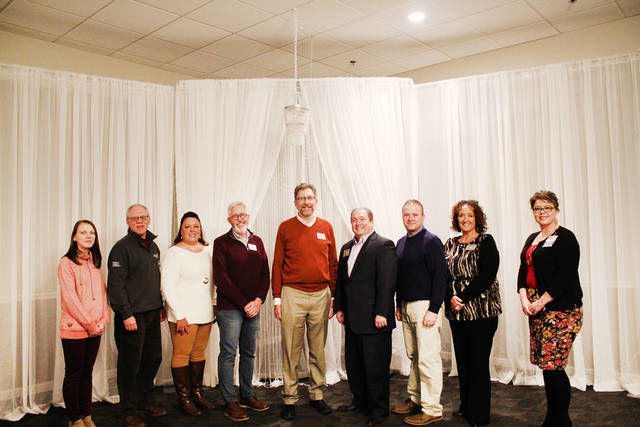 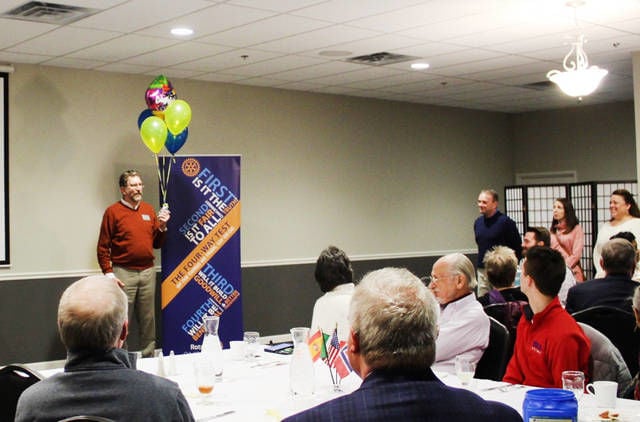 Tom Cook, with balloons, was named as the 2020 Community Champion Award recipient.

Tom Cook, with balloons, was named as the 2020 Community Champion Award recipient.

OWOSSO — The Shiawassee Regional Chamber of Commerce revealed Tom Cook, of Owosso, as its 2020 Community Champion Award recipient during a surprise ceremony Wednesday afternoon at D’Mar Banquet and Conference Center.

“It feels undeserved,” Cook said after the award was announced during the Owosso Rotary meeting. “I love Owosso, and I love Shiawassee County. I’m really happy to be here and be able to have served it in a lot of ways. But particularly, working for the environment, I feel I get as much back from the environment as I give to it. The river, the planet, the Great Lakes, all of it means so much to me. It’s nice to be recognized for that work.”

The award is given annually by the Chamber to a “public official a community leader, a concerned citizen, a health or human services worker or a volunteer,” according to a press release from the group. Cook is the Executive Director of the Cook Family Foundation of Owosso.

The Cook family has donated extensively to numerous organizations in Shiawassee County, including nonprofits, environmental groups, scholarships for area students to the University of Michigan, and many other causes.

Tom Cook is the co-founder of Green and Blue Network, a group of foundations that concentrates on environmental issues, and also serves on the board of trustees of the Nature Conservancy in Michigan and the Friends of the Shiawassee River. He is an active Rotarian, according to a press release fromt he Chamber.

Cook has served on numerous other nonprofit boards in the past for organizations active in environmental issues, health care, arts and youth.

In the Chamber’s press release, the award selection committee chose to recognize Cook for “his personal efforts in advocating for the environment through The Nature Conservancy of Michigan and the Friends of the Shiawassee River.”

“Whether knee-deep in the Shiawassee River, strengthening nonprofits, booking Rotary speakers or introducing one person to another in hopes they can work for the good of the region, Tom is in the middle of positive promotion of our county and her people,” the press release states.

The award will be presented to Cook at the Shiawassee Regional Chamber of Commerce annual dinner scheduled for Feb. 6, along with the ATHENA, Mission, Chairman’s, Ambassador Rising Star and the Outstanding Business awards.

Tickets are available online at shiawasseechamber.org or by calling the Chamber at (989) 723-5149.