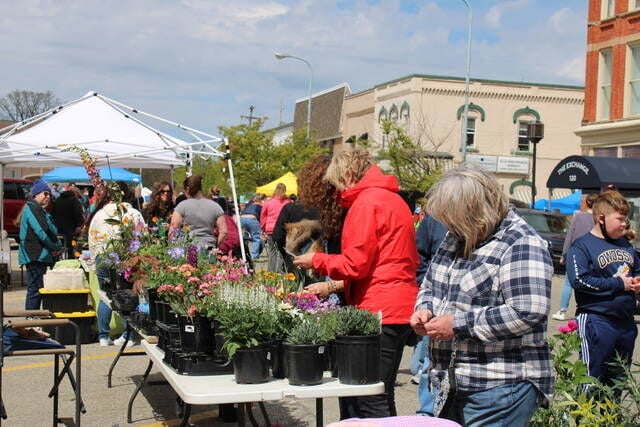 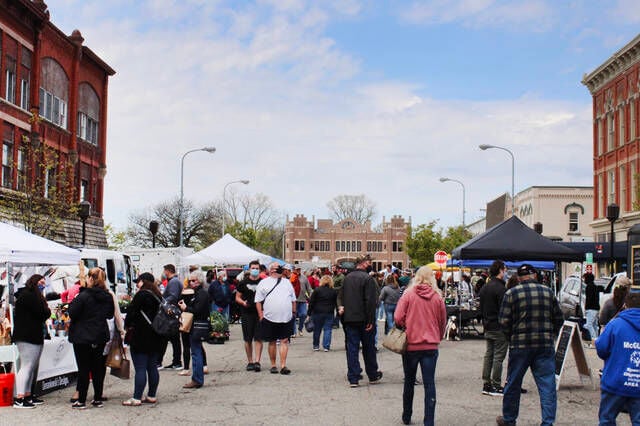 Patrons peruse the variety of vendors at the Downtown Owosso Farmers Market Saturday. 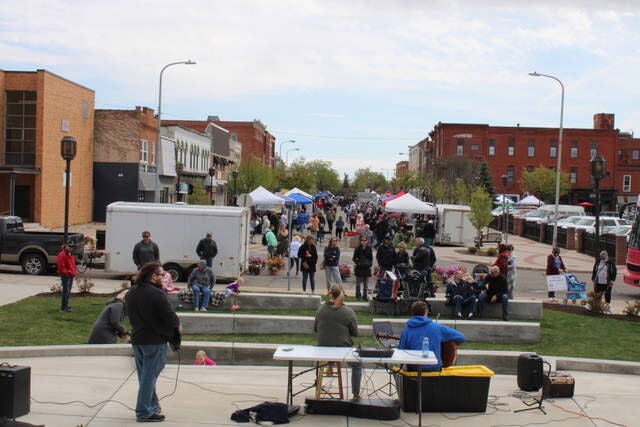 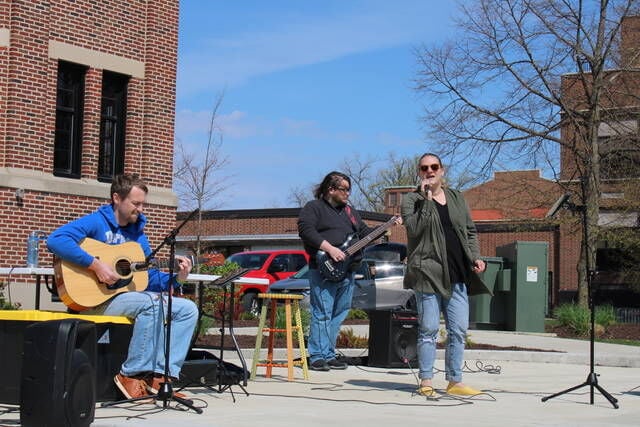 Remember 3 Things (R3T) perform in front of The Armory Saturday as part of the Downtown Owosso Farmers Market. The annual market runs from 9 a.m. to 1 p.m. each Saturday through Oct. 30.

Patrons peruse the variety of vendors at the Downtown Owosso Farmers Market Saturday.

Remember 3 Things (R3T) perform in front of The Armory Saturday as part of the Downtown Owosso Farmers Market. The annual market runs from 9 a.m. to 1 p.m. each Saturday through Oct. 30.

OWOSSO — A bell was ringing, a band was singing and countless vendors were selling their wares along Exchange and Ball streets Saturday as the Downtown Owosso Farmers Market opened for the 2021 season.

Hundreds of patrons flooded the downtown streets through the mid-morning hours, perusing the offerings of more than 60 vendors under mostly sunny — but cool — skies. Fresh produce, baked goods and a wide assortment of arts and crafts were among the items available for purchase.

Owosso Mayor Chris Eveleth kicked off the festivities at 9 a.m., ringing a bell in front of The Armory to signify the opening of the market season. Local band Remember 3 Things, also known as R3T, kept spirits raised throughout the morning, performing a mix of original and cover songs from The Armory stage at the intersection of Exchange and Water streets.

If Saturday’s turnout was any indication, the market could reach new heights this year. As of Wednesday, 86 vendors had already signed up to take part in the market, according to Market Master Tracey Peltier, the most during her 12-year tenure.

“It definitely feels like we’ve hit a success point, which is fantastic for the community, and then of course you realize how many people you’re also helping earn an income,” Peltier said Wednesday. “The economic impact of the market in itself is a really amazing thing … I’m excited and I’m proud of it. We’ve worked hard.”

The annual market runs from 9 a.m. to 1 p.m. every Saturday through Oct. 30. For more information, visit facebook.com/DowntownOwossoFarmersMarket.