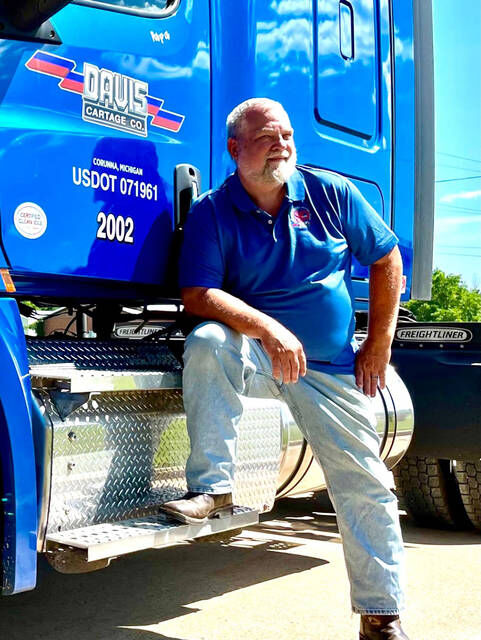 Ed Siemaszko III, a trucker at Davis Cartage in Corunna, has been selected as a finalist for the Michigan Trucking Association’s Driver of the Year award. 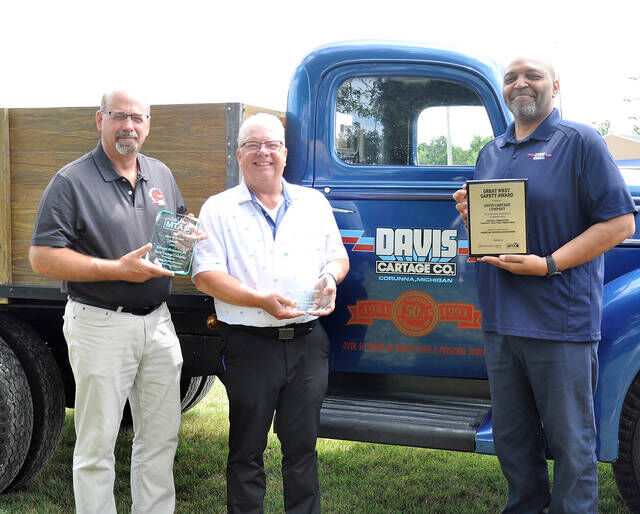 Ed Siemaszko III, a trucker at Davis Cartage in Corunna, has been selected as a finalist for the Michigan Trucking Association’s Driver of the Year award.

On Monday, Michigan Trucking Association officials came to Davis Cartage to give out three awards, including one to Siemaszko as one of 10 finalists selected for the prestigious 2021 MTA Driver of the Year. The winner will be announced next month.

Siemaszko, 54, unable to attend the ceremony because of illness, said by phone that the honor made him feel “supported” and “appreciated.”

“Ed is welcome everywhere he goes — he’s a veritable ambassador not only for Davis Cartage, but for the whole trucking industry. We’re proud to honor Ed,” MTA President/CEO Mickey Blashfield said during the cermony, held in the courtyard at the Davis Cartage facilty, 230 Earl Sleeseman Drive.

Davis Cartage also walked away with the Fleet Safety division honor, which the company has snagged for 35 out of the past 36 years, winning the statewide honor twice.

“We pride ourselves on safety,” Davis Cartage President/Chairman Glen Merkel said. “It’s No. 1 here, before anything else.”

“The key is our top-to-bottom commitment,” said Davis Cartage Safety and Environmental Coordinator Al Wells. “We always have what we need to make sure we’re doing things safely, and everybody, from the dispatchers to customer service, is always preaching safety. It’s a team thing.”

Siemaszko was nominated for MTA Driver of the Year by Davis Cartage and chosen as a finalist by an MTA committee. He is described by coworkers as professional, knowledgeable and friendly.

“Good drivers like Ed are always aware of their surroundings and managing their space a quarter-mile out, all the time. They’re always anticipating,” Davis Cartage Vice President Gregg Janicek said.

Wells added: “Ed is an ex-Marine and he very much looks out for his fellow drivers. He goes above and beyond.”

A few years ago, when one driver, the late Terry Miller, developed cancer, Siemaszko lent him support and fellowship. He gave the gravely ill Miller a ride to Davis Cartage one day so Miller could sit in a cab and a spin on his motorcycle.

Siemaszko, a trucker since leaving the Marines 37 years ago, was described in award nomination materials as a punctual, reliable worker who takes “stellar” care of his equipment and is always the first to volunteer to help out at a company function.

Two Davis Cartage truckers previously picked up MTA Driver of the Year awards, Alan Maike in 2020 and William Rabidue in 1991.