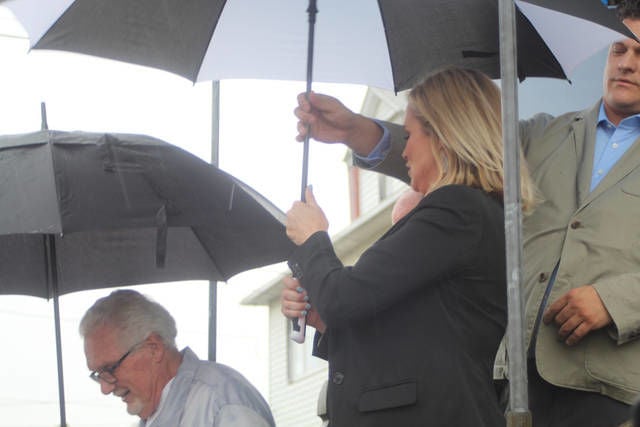 Karl Manke, left, and Shelley Luther, second right, are seen as they emerge from Manke’s barbershop to give a press conference in this Monday photo. 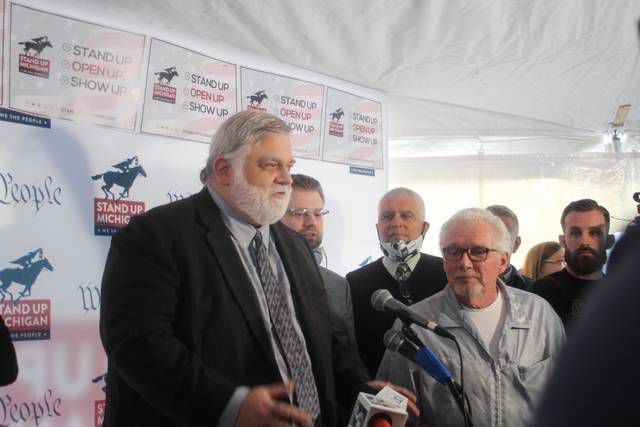 Karl Manke, right, and attorney David Kallman, left, are seen at Manke's press conference at his Owosso barbershop in this May 18 photo. 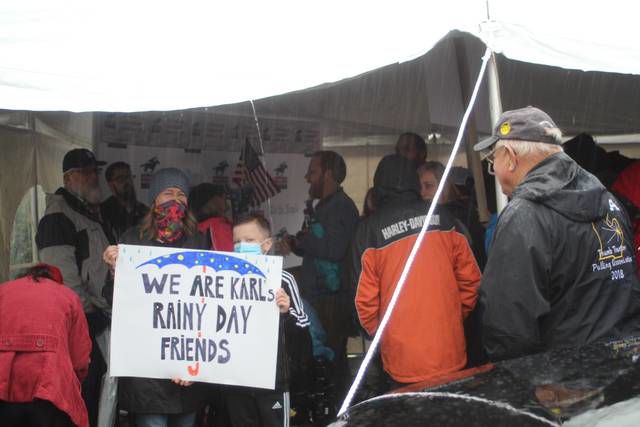 Supporters of Karl Manke are seen waiting for the barber to begin his press conference in this Monday photo. 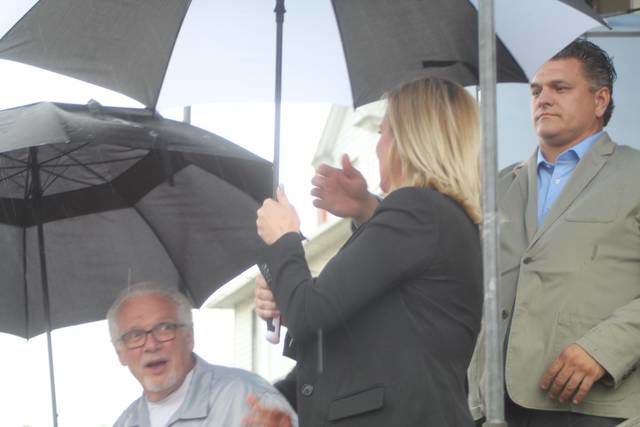 Karl Manke, left, and Shelley Luther, second right, are seen as they emerge from Manke's barbershop to give a press conference in this Monday photo.

Karl Manke, left, and Shelley Luther, second right, are seen as they emerge from Manke’s barbershop to give a press conference in this Monday photo.

Karl Manke, right, and attorney David Kallman, left, are seen at Manke's press conference at his Owosso barbershop in this May 18 photo.

Supporters of Karl Manke are seen waiting for the barber to begin his press conference in this Monday photo.

Karl Manke, left, and Shelley Luther, second right, are seen as they emerge from Manke's barbershop to give a press conference in this Monday photo.

OWOSSO — Owosso barber Karl Manke was joined for a press conference Monday by Dallas hair stylist Shelley Luther — who was jailed last month after she defied Texas officials and opened her shop — urging Michigan residents to open up their businesses in defiance of state orders, with Manke vowing “(He’ll) be open tomorrow.”

An afternoon downpour forced the press conference to take place under a tent in front of Manke’s barbershop, 421 W. Main St., where many of the attendees at the standing-room-only event were not wearing face masks or practicing social distancing.

“Our governor was concerned more with the physical health,” Manke said in his remarks. “She is so shallow that she is totally, completely out even range of thinking. There’s a mental and spiritual aspect of the human being beside the physical … You barbers, massage therapists, all of you, open up your shops. Stand up and show up.”

Gov. Gretchen Whitmer in March declared a state of emergency and then issued multiple executive orders limiting gatherings and closing businesses. While some orders now are lifting, barbershops, hair salons and other businesses in which social distancing isn’t possible have been told to remain closed.

Manke, however, defied those orders and opened his shop May 4, leading to misdemeanor citations, cease-and-desist orders and the suspension of his license.

Monday’s crowd of about 100 included numerous children and at least one person in a wheelchair. One man, carrying what appeared to be an AR- or AK-style rifle slung over his shoulder, stood at the front door of Manke’s shop.

The crowd gathered at least an hour before the press conference began, with many holding American flags and umbrellas. Many held signs denouncing Whitmer and supporting President Donald Trump. A Trump float that has appeared at events statewide and nationally was parked in the lot next to Manke’s shop, and a loudspeaker played upbeat music for the crowd.

Manke emerged from his shop and spoke, encouraging business owners to reopen regardless of government orders to the contrary. Manke indicated he planned to open his shop this morning, after closing Friday for “court hearings.”

Manke’s attorney David Kallman said he filed an emergency appeal Monday morning in 35th Circuit Court to lift Manke’s license suspension, and also filed another brief in answer to the state AG’s own appeal of a temporary restraining order denial. Kallman did not elaborate further but said movement in the various cases could happen at any time.

“We’re asking (35th Circuit Court Judge Matthew) Stewart to sign a stay of that order that says Karl cannot practice as a barber,” Kallman said. “Karl’s gonna keep fighting, ’cause that’s what he wants to do.”

Luther’s shop was closed down by Texas authorities after she reopened April 24. She was eventually found to be in contempt of court when she refused to close. A Texas state district judge ordered her jailed for seven days and fined her $7,000 after Luther refused to apologize during a court hearing, telling the judge feeding her children was more important than lockdown orders.

The Texas Supreme Court intervened, however, and ordered Luther released. Texas has since reopened and has seen its highest spike in COVID-19 cases and deaths since the pandemic began.

In Owosso, she criticized Whitmer, calling her “a tyrant,” and urging Michigan residents to “vote her out” in 2022.

Luther, whose boyfriend is from Frankenmuth, said she opened her Dallas shop to help her 20 employees to draw some income. She said her employees had been giving haircuts in secret, and were worried about legal trouble if caught.

“Why does your governor think it’s OK to open up for marijuana, liquor sales … can’t you get an abortion?” Luther said. “You can do all these things but can’t get haircuts? Tell that to the families and my hairdressers. Tell them to their faces instead of hiding in a building, Gretchen. How many people did you sacrifice to try and get in that VP suit, Gretchen? This blood is on your hands. Gretchen, the state of Michigan will vote you out.”

Luther has appeared on numerous cable news networks and given dozens of interviews. A GoFundMe account for her benefit received more than $500,000. She said last week that after attorney fees and mortgage payments, the funds would be used for Texas stylists and barbers in need.

Businessman Erik Kiilunen, who is from the Upper Peninsula, urged business owners to open up, calling the pending reopening of northern Michigan “not good enough.”

Manke and Luther have both garnered national attention with the respective reopening of their shops.

Critics say Manke didn’t need to reopen his barbershop, and has been seeking publicity. The issue has polarized the local community, with social media posts by supporters and detractors becoming extremely aggressive.

Multiple GoFundMe accounts in his name have raised more than $80,000 in pledges. His supporters have argued he needs the ability to make a living, as well as against what they see as government overreach.

Whitmer said at her Monday COVID-19 update that she would be reopening the Upper Peninsula beginning Friday, along with the northern Lower Peninsula, where there are far fewer COVID-19 cases than in the lower parts of the state.