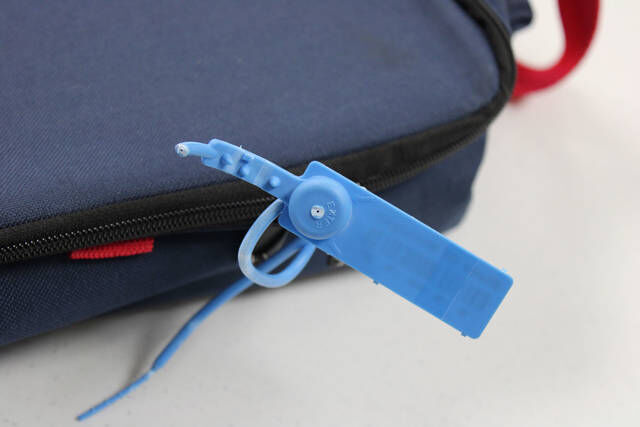 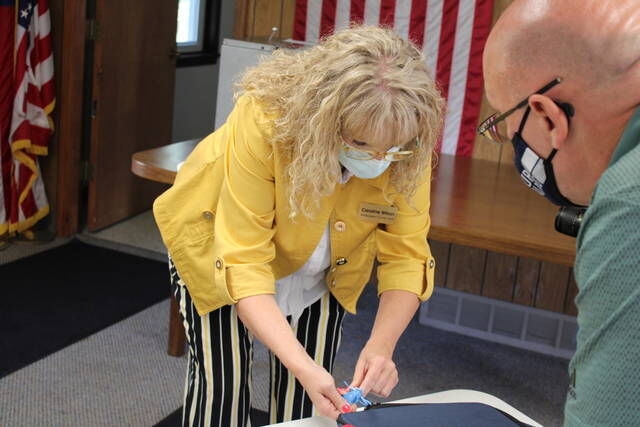 DURAND — After more than two months of waiting in limbo, Durand Area schools is moving forward with the pricing and selling of bonds for its 30-year, $28-million proposal, narrowly approved by district voters in August.

A recount of the election result for the district’s main bond proposal was abruptly halted Sept. 2 after the Shiawassee County Board of Canvassers discovered the seal on the Vernon Township Precinct 2 ballot box was broken.

Citing Michigan Election Law, the Board of Canvassers determined in-person ballots for Vernon Township Precinct 2 were not eligible for a recount because of the broken seal, and the original election result for the precinct — in which the proposal passed by 26 votes Aug. 4, 156-130 — was upheld.

A full report of the board’s findings was subsequently submitted to the Genesee County Prosecutor’s Office, the Michigan Attorney General’s Office and the Ingham County Chief Circuit Court Judge, among others, for further review and investigation.

To date, only Ingham County Chief Circuit and Probate Judge Richard Garcia has responded to the report, noting in an Oct. 15 letter that “Because the Board of Canvassers did not find any fraud, wrongdoing or a violation of law, there was no reason to make a referral” pursuant to Michigan Election Law and “this court will not issue any orders relating to the disposition of the ballot box or ballots.”

“It’s really probably 99.9 percent a done deal,” Durand Area Schools Superintendent Craig McCrumb said Wednesday via phone. “Now anybody in the court system can challenge anything and the whole thing is off … (But), according to our bond attorneys, that isn’t very likely.”

The Sept. 2 recount was spurred by Gaines Township resident Axel Bowden’s petition, filed Aug. 17, which cited potential errors that enabled residents from outside the school district to vote for the proposals by absentee ballot.

The Durand Area School district spans parts of both Shiawassee and Genesee counties. Bowden requested a recount of the results only for Vernon Township Precinct 2, where the measure passed 156-130 on election day, because he claimed “as little as five and as many as 50 electors received and voted absentee with the wrong ballot.”

The recount began shortly before 11 a.m. Sept. 2 inside the Vernon Township Hall, with the Shiawassee County Board of Canvassers opting to recount the absentee ballots first, prior to counting in-person ballots. Bowden was not present for the proceedings.

Upon completion of the absentee recount, the board took an hour-long recess, returning about 1:30 p.m.

It was then that the board discovered the broken seal on the in-person ballot box for Precinct 2, rendering the ballots ineligible for a recount.

Vernon Township Clerk Charlotte Clarke said she believed the broken seal was the result of human error by an election worker. Shiawassee County Clerk Caroline Wilson questioned whether or not the seal may have been damaged when it was transferred from Precinct 2 to Precinct 1 for the recount.

Furthermore, 12 undervotes — in which the Durand schools bond proposal was left blank on the absentee ballot — were cast in Precinct 2. Board members said they had no way of knowing if the 12 undervotes were eligible to vote on the Durand proposal.

For in-person voting, 142 votes were recorded, though only 141 electors should have been eligible to vote on the Durand proposal, according to the board’s report. Those votes, however, were not recounted because of the broken seal.

After 3 1/2 weeks of no action being taken, McCrumb said the district’s bond attorneys submitted a letter asking each agency to move on the issue, offering a tentative deadline of early November to respond.

That deadline has come and gone, he said, with only Garcia issuing a statement on the recount.

“All along, we’ve just wanted the truth to come out one way or the other about what happened,” McCrumb said. “We’re disappointed that we weren’t able to show that we had enough votes (through the recount). We’re thrilled that the bond is considered passed, but we very much would have preferred for the recount to happen and for people to know the exact number of votes.”

The Durand school bond — developed by a citizens committee — will fund the addition of an auxiliary gym, a 599-seat auditorium, and a three-classroom addition to Robert Kerr Elementary, as well as district-wide upgrades and repairs.

The bond will cost the owner of a home with a taxable value of $50,000 about $62 per year, according to district officials.

“It’s going to help transform the district,” McCrumb said of the bond upgrades.

“I think for us as a district, you know, everybody’s had this burden of the coronavirus that has weighed on everyone and obviously that’s been a challenge, so this is kind of a nice little spark,” he continued, “a little bit of hope that’s there in the face of all this other stuff.”

McCrumb said the district’s architectural firm, Integrated Designs Inc. (IDI), will be putting together some construction phase suggestions in the coming weeks to present to the Board of Education for review.

Upgrades under the Durand bond initiative include:

— The construction of an auxiliary gym/practice facility north of Robert Kerr Elementary, featuring a competition-sized court, a weight room and an indoor track

— A three-classroom addition at Robert Kerr Elementary, including a specialized Science, Technology, Engineering and Mathematics (STEM) lab for students

— A new boiler at the middle school

— Air-conditioning control work at the middle school and high school

— Resurfacing of the high school track (pending an evaluation)

Who do you think will win the Super Bowl?