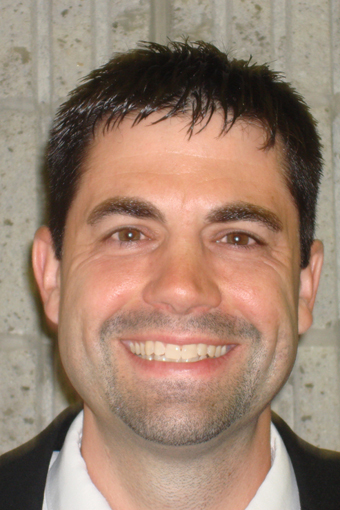 LAINGSBURG — Laingsburg Community Schools will draw a little more than $482,000 from its savings to balance expenditures as part of a 2020-21 budget which officials say should maintain academic and extracurricular programming for students.

The preliminary budget, approved unanimously by the Laingsburg Community Schools Board of Education Monday, reflects no layoffs and includes revenues of $10.5 million and expenditures of $10.9 million.

School districts in Michigan are required to finalize their budgets by July 1 while the state budget typically is not complete until October.

Laingsburg’s budgeted revenue is down about $622,993 from the final 2019-20 budget, in large part due to a projected $500 per pupil funding cut by the state in the district’s foundation allowance because of the COVID-19 pandemic.

The district is also budgeting for a flat enrollment of 1,154 students this fall, according to Superintendent Matt Shastal.

“We are below the $500,000 (operational deficit), but it is a large amount of money that we’re going to take out of the fund equity to get through this year,” Shastal said Monday. “But like (the board) has said, if it’s not rainy now, I don’t know when we would ever use our fund equity. It’s pretty devastating what we could potentially be facing.”

School districts in Michigan are facing widespread financial uncertainty as the state Legislature has yet to pass its budget for the upcoming fiscal year.

A number of cost savings accomplished by Laingsburg Community Schools during the 2019-20 budget year could help reduce the blow of expected cuts to state aid, according to Shastal. The district is projecting a $190,000 budget surplus from the 2019-20 fiscal year, in large part due to numerous one-time savings in planned expenditures, including reduced transportation, supply and substitute costs, given that face-to-face instruction was suspended in mid-March.

The district is also carrying over a portion of the $48,000 in CARES Act funding it received into the 2020-21 fiscal year, Shastal said. Approximately $26,000 of CARES Act funds will cover the cost of the district’s first professional development training of 2020-21 regarding student mental health and how to help students in trauma, an expense traditionally covered by general fund dollars.

“I’m very happy to report that we were able to put some money away,” Shastal said. “We’ve been good stewards of district finances to help us prepare for what could be a very difficult school year to plan for. I can’t think of another time with all of the unknowns closing out one year and starting a new fiscal year as there are this year.”

Laingsburg’s preliminary 2020-21 budget also assumes some help from the district’s teachers union, the Laingsburg Education Association, according to Shastal, who noted teacher negotiations will begin next week.

At this point in time, the district anticipates no cuts to staff or programming, Shastal added, though that may change depending on where state funding comes in.

“Based on the boards willingness to use fund equity to balance the 20-21 budget, we could weather a $500 per pupil cut for one year; however, if schools are cut deeper or have substantial cost requirements in order to open this fall we will have to look at staff reductions or eliminating programs,” Shastal said.

Later Monday evening, Gov. Gretchen Whitmer and the Republican-led Michigan Legislature announced they have reached an agreement to balance the state’s 2020 budget that includes a $256 million cut to the per pupil foundation allowance for K-12 schools — about $170 to 180 per pupil. The deal also allocates roughly $512 million to Michigan school districts to help cover expenses incurred from the ongoing pandemic as well as prepare for fall instruction.

For Laingsburg, that equates to a loss of approximately $207,720 in revenue from the 2019-20 budget, according to Shastal.

“It’s very unfortunate,” Shastal said. “I’m not sure if the money they are using from the CARES Act to ‘backfill’ the budget cut will be restricted funds that can only be used to cover COVID-19 expenses, so we could have been cut $207,720 on the eve of closing our budget year.”