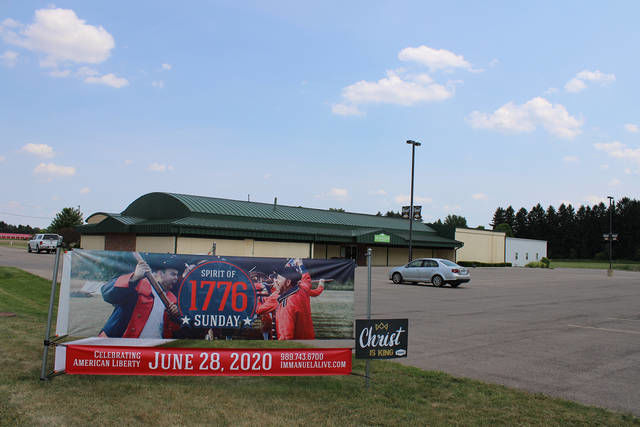 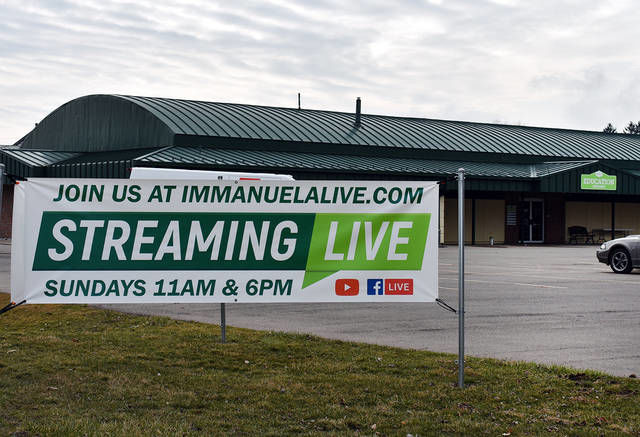 Immanuel Baptist Church, 2680 E. M-21 in Corunna, displays a banner advertising their live-streamed sermons, launched in response to state-mandated closures because of the coronavirus crisis.

Immanuel Baptist Church, 2680 E. M-21 in Corunna, displays a banner advertising their live-streamed sermons, launched in response to state-mandated closures because of the coronavirus crisis.

CORUNNA — The Shiawassee County Health Department is warning people who attended a recent fireworks show at a church in Corunna that they likely were exposed to COVID-19.

According to a health department press release, two people who live in Clinton County attended the show June 28 at Immanuel Baptist Church, 2680 E. M-21, and tested positive for the respiratory virus.

Shiawassee County Health Director Larry Johnson said people should monitor themselves for symptoms such as fever, cough or shortness of breath. In addition people who were at the event, the Spirit of 1776 Fireworks Display, should take precautions to prevent the spread of the virus, including staying home for 14 days — the time it may take for the virus to show symptoms in infected people.

Jason Georges, the pastor of Immanuel Baptist Church, in a statement posted Wednesday on Facebook, said the people apparently were exposed prior to attending the event, but were asymptomatic.

Georges said the people, who were not identified, practiced social distancing at the event.

"Upon receiving a positive test, the individuals contacted Immanuel and shared that they came in proximity with one individual outside their household at the event," the statement said. "This person was immediately notified and has since self-quarantined and remained symptom-free for the past 10 days.

Georges also said in the statement that the church continues to "confidently and cautiously" conduct worship services in various ways, including in person.

Johnson said people should wear masks, wash their hands and remain 6 feet away from others.

"COVID-19 has not disappeared from our community," he said.

Those with positive diagnoses range in age from 6 to 99 with 84 men and 175 women infected.

A week ago, the county reported 251 diagnosed cases with 224 recoveries.

Michigan numbers had dropped to below 100 new cases per day recently with no deaths, but this past week has seen numbers increasing once again.

The state recorded 610 new cases Wednesday. New cases had fallen to 74 June 15. The state reported zero deaths July 5, but had 30 Tuesday and 10 Wednesday.

Officials worry that Fourth of July weekend gatherings, some of which were viewed widely on social media, may contribute to further increases in cases.

Already, the state has closed many bars for a second time because of patrons failing to act responsibly.

CORUNNA — For many years, Immanuel Baptist Church has held an annual “Spirit of 1776” servic…

SHIAWASSEE COUNTY — As the coronavirus started to emerge in Shiawassee County in mid-March, …

Are you happy with Kamala Harris as Joe Biden’s running mate?