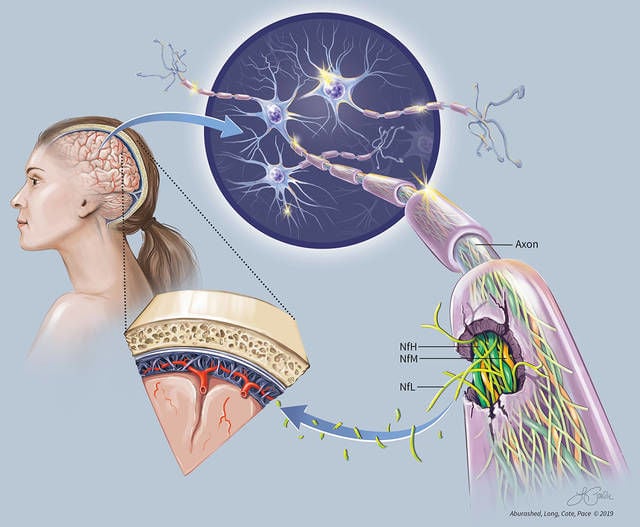 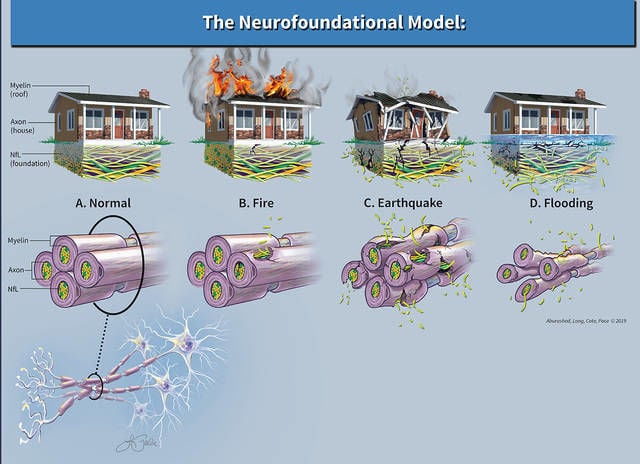 OWOSSO — Memorial Healthcare’s Institute for Neurosciences and Multiple Sclerosis is moving to the forefront of MS research, becoming the first in the United States to use Neurofilament Light Chain (NfL) testing for MS patients, according Dr. Rany Aburashed, Memorial’s chief of neurology.

The study, which began in April, targets 1,000 patients and comes as a result of a $350,000 investment by Memorial into a new technology known as Single Molecule Array Assay, or SIMOA, according to Aburashed.

“NfL has the potential to dramatically increase our ability to assess disease activity and change in real time,” Aburashed said in a press release Sept. 10. “…We hope we can also assess whether our treatments are effectively working using NfL.”

Multiple sclerosis causes the immune system to become overactive and start to attack the covering of the brain and the spinal cord, Aburashed said Wednesday. Over time, the damage can lead to disabilities such as vision loss or the inability to walk, and oftentimes patients end up wheelchair-bound, he said.

Neurofilaments are proteins that are found on the foundation of the brain and spinal cord, and when a nerve cell in the brain or spinal cord is damaged, levels of the protein leak into the spinal fluid and, ultimately, the blood, according to Aburashed.

NfL testing has previously been limited to spinal fluid only, but with SIMOA technology, physicians can measure the presence of NfL in the blood — which is much simpler, Aburashed said.

“We knew long term, in order for this to become a real deal thing that we’re using in patients for the rest of our lives around the world, that it needs to be something extraordinarily convenient, and spinal fluid is not convenient,” Aburashed said. “You can’t just do spinal taps every six months on people, however you can check blood on people every six months.”

Aburashed noted there are many challenges with MS, as each individual case proves to be quite different.

“You really have to be very selective about how you choose medications on patients, because we do have medications that are very powerful that do carry some inherent risk, in the same token we have medications that are less powerful and are more safe, but sometimes that allows the actual disease to worsen significantly,” Aburashed said. “You’re trying to find this delicate balance of being a step ahead of the disease in each individual’s particular case, and you’re trying to choose the right drug in each case.”

Right now, there are approximately 16 FDA-approved drugs to treat MS, according to Aburashed.

With the implementation of NfL testing, Aburashed is optimistic.

“We’re seeing foundational damage in real time…The brain can get damage for many years before you ever know or I ever know, so the ability to detect disease early, the ability to detect how active a disease is, is our treatment working, those are all potential things that we’re hopeful with neurofilaments,” Aburashed said.

The testing, at this point, is only for research purposes and won’t change or affect ongoing treatment, he said.

In 2010, Aburashed began his practice at Memorial in a 400-square-foot facility across from Hardee’s. At the time, he was the only neurologist in Shiawassee County, he said.

In December, Memorial’s Institute for Neurosciences and Multiple Sclerosis will welcome its ninth neurologist, as the facility currently treats approximately 2,000 MS patients per year, according to Aburashed.

And this past May, Aburashed helped break ground on a new $30-million, 100,000-plus-square-foot facility, which will house Memorial’s neurological, orthopedic and rehabilitative therapy services, as well as provide a home to a new community wellness center.

Aburashed said with the new center, the patient will be taken more into consideration.

“The idea of coming to see me or coming to see one of my colleagues and us ordering 15 different tests and you having to take 10 days off of work to get those tests done, and then finding another day when you can come back in and talk about those results…The way we do it (now), no matter how good we are, there’s inefficiencies across the board,” Aburashed said.

“Our goal with the new center is to really create an all-in-one integrative experience for patients where a patient can come and see us, and they may be here for several hours, but those several hours will entail their testing,” Aburashed continued. “They know they’ll be taking this day off of work, and if you’re from Detroit, or from Bloomfield or from the U.P. and you’re coming down, you know that on this day I’m gone from work, but I’m hopefully going to walk out of here with some reassurance and an understanding of what we’re going to do and a plan in place.”

During the groundbreaking in May, President and CEO Brian Long said the project is about much more than a new facility.

“This project is not really about bricks and mortar, it’s about people. The scope, scale and size of this project are significant, but it’s really about fulfilling our mission to improve the health of the people and communities we serve,” Long said. “We’re taking another step in creating a facility that will have a tremendous transformational effort not only to our patients but to all of our stakeholders.”

Would you take a less effective COVID-19 vaccine if it was offered?