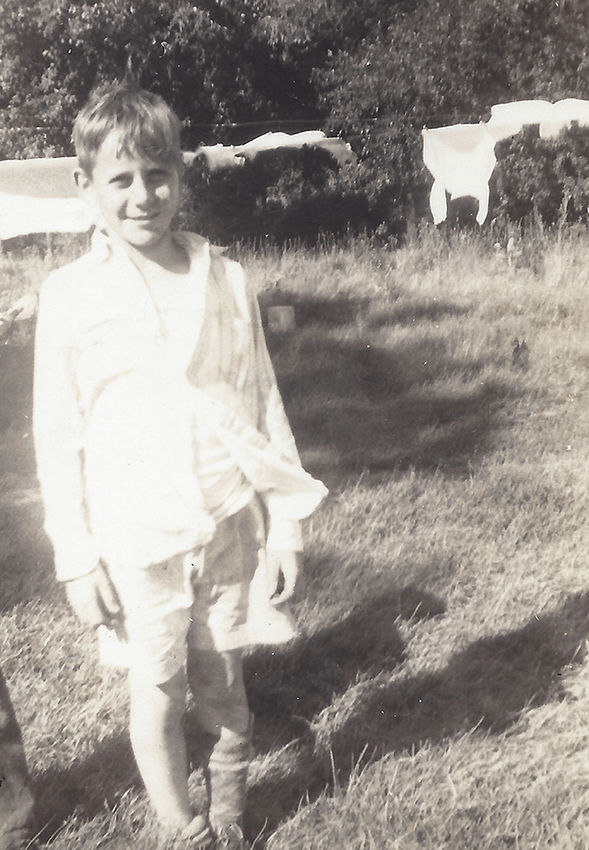 Laurence O'Dea, 10, poses for a picture on his family's farm, located on Bennington Road in Bennington Township, in 1942. 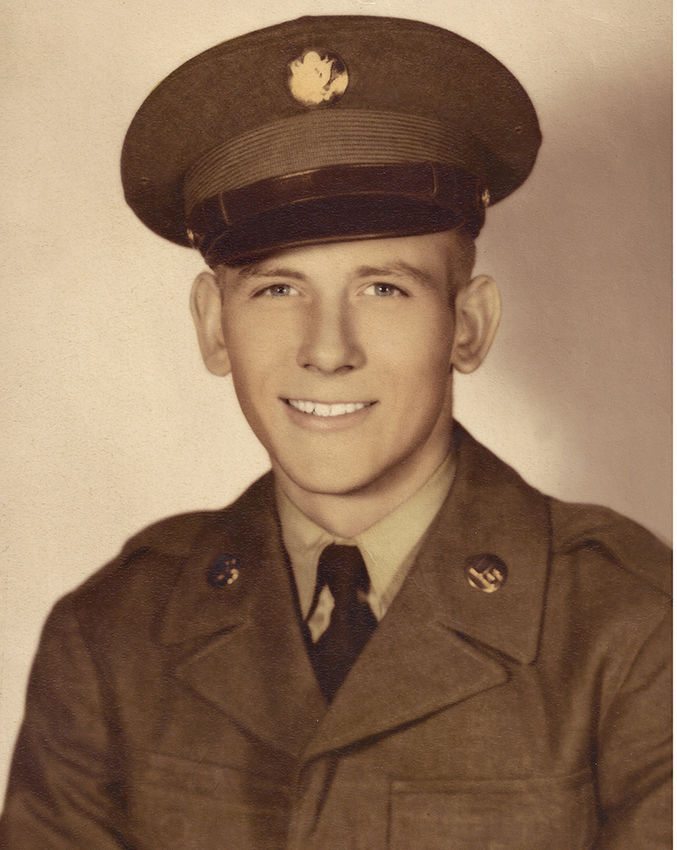 Laurence O'Dea, 10, poses for a picture on his family's farm, located on Bennington Road in Bennington Township, in 1942.

BENNINGTON TWP. — U.S. Army Cpl. Laurence O’Dea, who grew up on a farm in Bennington Township, went missing from the battlefield during the Korean War nearly 70 years ago, leaving a hole in his family’s heart that time hasn’t healed.

Only now is there real hope for closure. Heather Corace of Naples, Fla., who has been researching her great uncle’s life and fate for many years, believes she knows where O’Dea is: buried with the other “unknown” remains of 848 Korean War casualties in a national cemetery in Hawaii.

“I’m very hopeful that this is going to be the closing of the circle,” Corace, 48, said during a telephone interview Thursday. “I don’t care how much time has passed, you want closure.”

The military is currently conducting DNA tests on the remains — which have been in the U.S. government’s possession since 1954 — and trying to match them with those of family members of missing loved ones.

It is apparently a laborious process. Corace said the government estimates it will take more than four years for DNA tests to be performed on the specific remains she believes belong to O’Dea.

She is hoping it won’t take that long. Her grandfather and O’Dea’s brother, World War II veteran Mike O’Dea of Naples, is almost 100 years old.

Bringing Laurence O’Dea home “will really close the door on everything,” Mike O’Dea said. “We can actually put flowers on his grave.”

Laurence (called “Larry” by family and friends) O’Dea was the youngest of seven children born to farmers John and Irene O’Dea of Bennington Township.

“The first-hand accounts of those who grew up with, loved and knew Larry are overwhelmingly similar in that he was mild-mannered, respectful, thoughtful and generous,” Corace said.

“However, his easy-going demeanor certainly did not diminish his determination, work ethic, competitive nature, love of family, excellent character or loyalty.”

Patrick O’Dea of Owosso, one of a handful of O’Deas who still live in the area, was only 4 years old the day his uncle Larry left the family farm for the service, but he remembers it vividly.

“(Uncle Larry) picked me up in the front room of the farmhouse, walked me through the house and set me down in the kitchen,” Patrick O’Dea said. “I remember rubbing both sides of his face and kissing him right by his ear.”

Not long after, Laurence O’Dea walked over to join the crowd of about 150 people who were waiting for the train to stop on Ruess Road to collect the soldiers.

O’Dea’s conduct on the day he went missing serves to illustrate the high marks of his character. He joined the U.S. Army even before he was supposed to, at 17, and with breakneck speed arrived in South Korea on Aug. 3, 1950.

Assigned to the 2nd Engineer Combat Battalion, which supported the 2nd Infantry Division, O’Dea and his fellow soldiers fought in the decisive Battle of Ch’ongch’on, which took place from Nov. 25 to Dec. 2, 1950.

The troops were ordered to launch a series of surprise attacks along the Ch’ongch’on River Valley on Dec. 1, a snowy day with temperatures dipping between 15 and 30 degrees below zero.

The men were suddenly swarmed by about 1 million troops from China, which had intervened in the war. The onslaught destroyed the infantry’s vehicles, forcing American soldiers to flee into the surrounding hills by foot.

O’Dea and his GI buddy, Allen Mitchell, were in a foxhole manning a machine gun together when the wall of Chinese soldiers rose up. According to Mitchell, who recounted the events in a letter he sent later to O’Dea’s parents, the fleeing American soldiers trampled his and O’Dea’s position, knocking Mitchell out of the foxhole. He regained his footing and followed the others.

When he realized O’Dea wasn’t by his side, Mitchell turned around and tried to get back to their foxhole. That’s when he heard O’Dea shouting to his fellow GIs: “Get back here and fight! Let’s get these guys!”

O’Dea refused to leave his machine gun, Mitchell said, instead laying down cover fire for his comrades’ escape from the Chinese soldiers. Mitchell told the O’Dea family he observed the spot where Laurence O’Dea stood either get hit or nearly hit by mortar fire, he couldn’t be sure which.

That was the last time anyone saw the 18-year-old corporal alive.

“I’m afraid he was too much like me,” said Mike O’Dea, the oldest of the seven children, recipient of the Distinguished Service Cross for his bravery during WWII.

As the years stacked up, the O’Dea family’s hopes would surge that somehow Larry O’Dea had survived the battle — perhaps the North Koreans had captured him, they’d think — only to have them dashed.

For example, in 1953 the U.S. government announced that 3,300 American soldiers (out of the 13,000 then missing) were coming home from Korea as part of a prisoner exchange. An Argus-Press article following the announcement described hope as “the unseen member of the O’Dea household.” However, their loved one was not among the returning soldiers.

More recently, Corace did a deep dive into “Operation Glory,” a relatively obscure move that involved transferring the remains of about 1,900 U.S. soldiers from North Korea to the U.S. Of those, 848 unidentified remains were buried as “unknowns” at the National Memorial Cemetery of the Pacific in Hawaii.

The files kept on each man identify, to the extent possible, his chest and dental X-rays, race, height and approximate age. About 25 years ago, DNA began to be collected from the families of the missing soldiers, among them the O’Deas.

The files actually contain a mention of O’Dea’s name and suggest him as a possible match for a particulr set of remains. But certain known facts, such as the precise location where the remains were recovered in Korea, don’t fit, Corace said.

She believes her great uncle is X-file/Unknowns No. 16027, whose details fit O’Dea’s precisely. But she and her family will have to wait for a final answer.

“I do believe this is Larry. I am very hopeful,” said Corace, a fine artist who handles public relations for Gulf Coast Veterans and Friends, and serves on the board of the Corunna area-based Red, White and Blue Project.

If a match is made, “it’ll mean quite a bit,” Patrick O’Dea said. “I only wish my grandma and grandpa were still alive for it.”

Meantime, family members are keeping memories of their missing loved one alive. A few years ago, Corace initiated an Honor Flight dedicated to America’s 82,348 missing soldiers (7,800 in Korea) generally and to her great uncle in particular.

“Within the MIA Gold Star family, it is said that a man is not truly dead until he’s forgotten,” Corace said. “Since they have no headstones, we as freedom-loving Americans must vow to never forget these young men who gave their last full measure of devotion.”