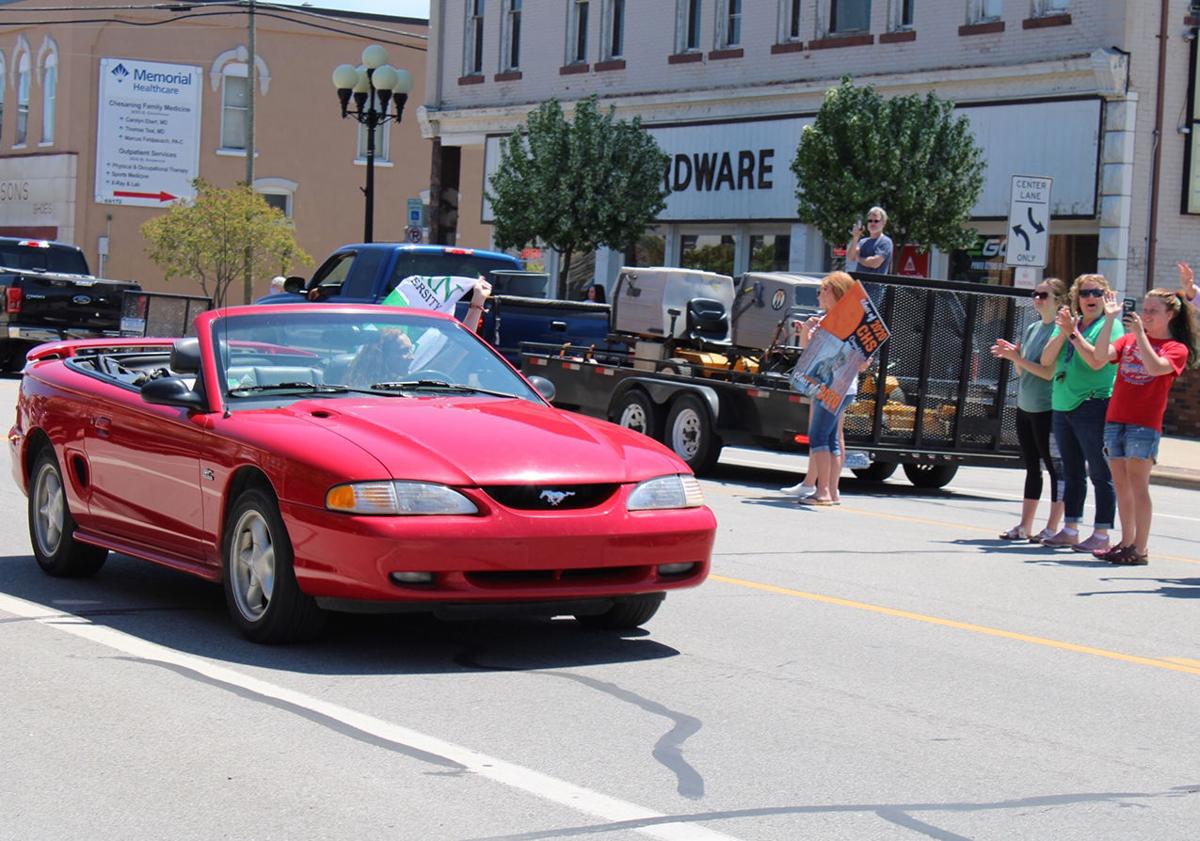 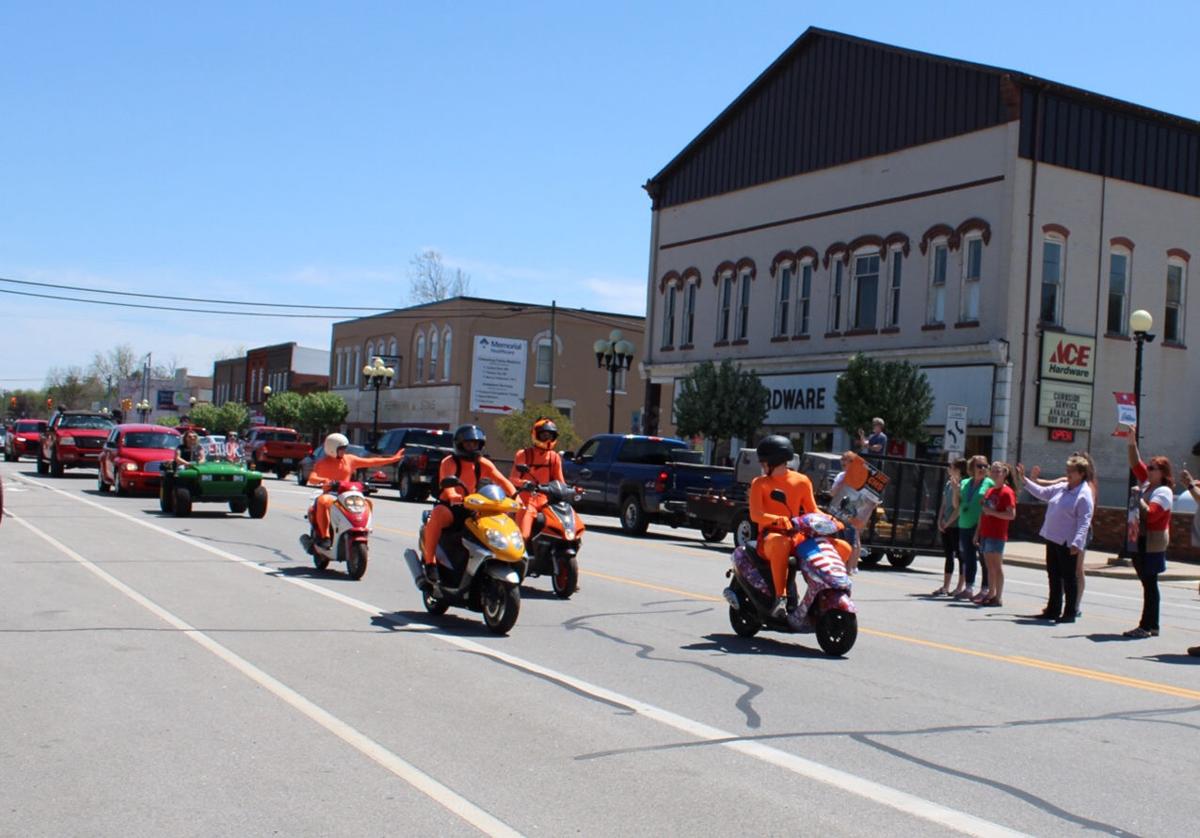 SHIAWASSEE AREA — For Chesaning Union High School senior Traci Martin, Thursday was supposed to be the culmination of her high school career.

It’s a moment she’s thought about for 12 years, she said, but instead of walking across the stage and receiving her diploma alongside her senior classmates Thursday night, Martin remains in limbo, as the coronavirus outbreak has forced area school districts to put commencement plans on hold in accordance with the CDC’s current social distancing guidelines.

“It’s honestly really surreal at this point,” Martin said. “I’ve always thought of having this graduation, walking across the stage on this day, and it’s weird not being able to do that. But the school (administration), they’ve made it feel normal for us. They’ve made us feel welcomed and included in all of the decisions. We’ve been receiving plenty of updates.”

Chesaning Union Schools is far from alone in postponing its graduation ceremony for the time being, as many area districts have already proposed multiple alternate dates for commencement — spanning June through August — to senior students and their families.

Several area superintendents indicated the ultimate deciding factor regarding whether or not to hold an in-person ceremony will hinge upon what guidance is passed down from state and local authorities in the coming weeks and months.

Gov. Gretchen Whitmer’s current “stay home, stay safe” order is set to run through May 28, though it may be extended beyond that date.

“We are hoping we can get something done in June,” Corunna Public Schools Superintendent John Fattal said earlier this week.

“The vast majority of our parents and students are telling us they would prefer to do something in June rather than later. That being said, we have not set a date yet where we would cancel graduation.”

The dates were determined after Fattal received feedback from senior parents via an online survey, with 69 percent of respondents indicating they would prefer to have the ceremony on a Saturday.

Originally scheduled for May 17, Corunna High School’s commencement was set to take place inside the high school gymnasium, though in an effort to accommodate social distancing, Fattal has proposed holding the ceremony outdoors at Nick Annese Field.

While the district awaits further guidance from Gov. Whitmer, Fattal acknowledged the strength of this year’s graduating class.

Graduation plans also remain in limbo at Ovid-Elsie Area Schools, though the district is considering a variety of alternate formats for commencement, according to Superintendent Ryan Cunningham.

“Our latest date (for graduation) would be the at end of August, but kids will be heading off to college,” Cunningham said. “We do have some ideas for virtual graduation, drive-thru graduation, etc. but we really want to keep those as a last resort. We want to be able to truly celebrate our seniors.”

In an effort to honor seniors in the meantime, Ovid-Elsie Area Schools has begun posting a series of “Senior Spotlights” on its social media channels, with each post detailing the academic honors, extracurricular activities, favorite high school memories and future plans of a particular graduating student.

The district has also put together gift bags for seniors, which were delivered by district officials Friday, according to Cunningham.

At Byron Area Schools, Superintendent Tricia Murphy-Alderman is working to ensure graduating students not only have an in-person commencement ceremony, but also a senior class trip (to Cedar Point) and a formal prom.

The district is proposing two sets of corresponding alternate dates — with graduation, prom and the class trip in the same week — according to Murphy-Alderman, in what she deems “Senior Celebrations Week.”

More than anything, Murphy-Alderman wants to provide a fitting end for this year’s seniors.

“With our entire educational program at Byron Area Schools, we prepare our students for today’s ever-changing world, yet we value celebrating our graduates with the traditional, formal ceremony of commencement,” Murphy-Alderman said.

“Our students of the Class of 2020 deserve this recognition for their hard work and achievement during the past 13 years.”

In addition to proposing tentative dates for an in-person graduation ceremony, multiple area districts — Chesaning, Durand and New Lothrop among them — have conducted informal parades to honor seniors.

Several Chesaning seniors — traveling in decorated vehicles ranging from traditional sedans to mopeds — took part in an informal procession through the village Wednesday, as community members lined the sidewalks to show their support of this year’s graduating class.

“Seeing all the cars decorated was really cool,” Martin said. “It was really fun to see all of the community members be a part of this…

“To have random people on the street that you’ve never met congratulating you and cheering you on, it was a really great experience.”

For Nolan Meder, who serves as Chesaning’s senior class president, the parade offered yet another opportunity to make the most of senior year.

Adorned in orange morph suits, he and three of his fellow classmates rode mopeds through the village.

“I’m so glad (high school Principal Kim) Vincke put that together,” Meder said. “It was an awesome experience.”

Though district officials have discussed a variety of options, no alternate dates for Chesaning’s high school graduation ceremony have been announced at this point.

Martin, who will enroll at Eckerd College in St. Petersburg, Florida this fall to study marine biology and biological oceanography, said she hopes the district can hold an in-person ceremony sometime this summer.

“Having it in person would make it so much better and so much more meaningful.”

“I’m still willing to do it before the end of summer,” Meder, who will enroll at Michigan State University this fall, added. “But in terms of waiting until next school year, when people are going all over the country and all over the state for their different colleges, that’s hard to get everybody back together and it wouldn’t be the same. I think try to push it out until the end of the summer, if not, we (may) have to live-stream it.”