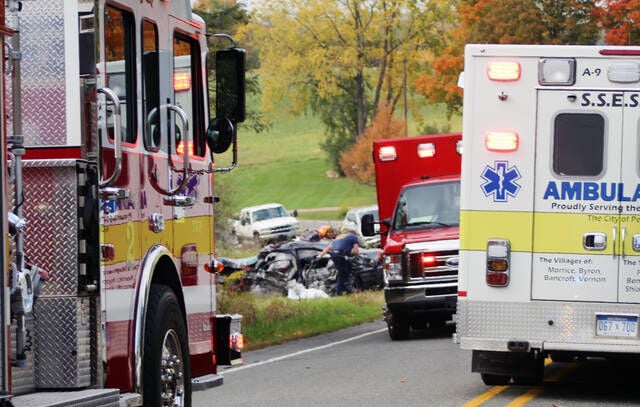 Emergency personnel work around a car involved in a Saturday afternoon fatal crash. 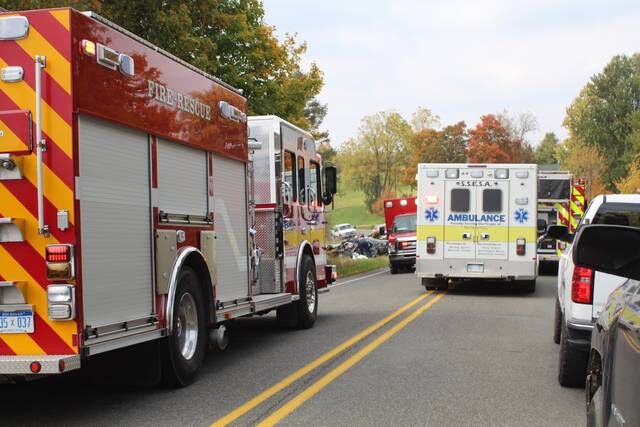 Emergency personnel work around a car involved in a Saturday afternoon fatal crash.

OWOSSO TWP. — A 20-year-old Owosso man was killed and a 16-year-old girl was severely injured Saturday afternoon in a head-on, two-vehicle crash on Hibbard Road near M-52.

According to the Shiawassee County Sheriff’s Office, deputies were dispatched to the scene about 2:30 p.m. Saturday.

“Deputies arrived on scene and confirmed that the accident had at least one occupant deceased,” officials said in a press release issued today.

According to the Sheriff’s Office, the victim was eastbound on Hibbard Road “at a high rate of speed” and lost control on a curve. The vehicle struck a semi­truck traveling west on Hibbard Road.

The driver of the car was pronounced dead at the scene. The 16-year-old girl, also from Owosso, was transported to Sparrow Health System by University of Michigan Life Flight. She remains in serious condition.

The third occupant, a 19-year-old woman from Chesaning, was transported to Sparrow by ambulance.

The Sheriff’s Office did not identify any of the people involved this morning.

The driver of the semi­truck did not sustain any injuries.

So sorry for all the families touched by this tragic incident. Hoping those injured will recover.