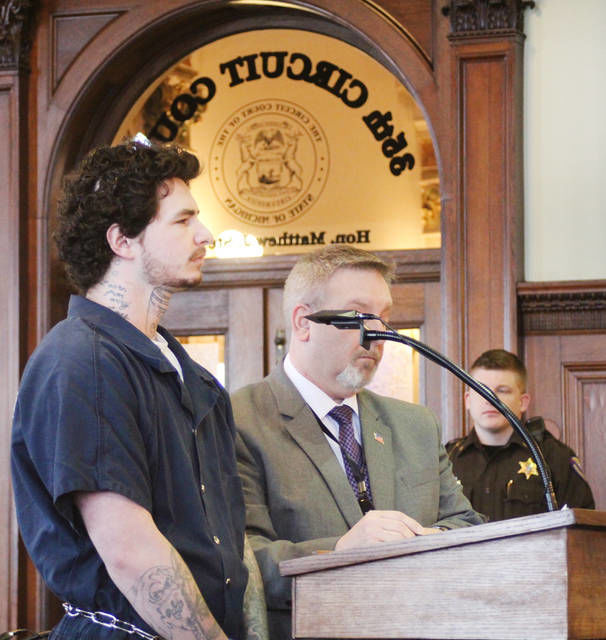 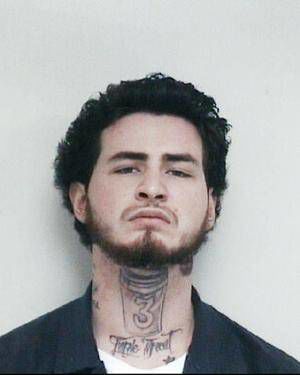 CORUNNA — An Owosso man pleaded guilty Thursday to numerous felony charges stemming from a December incident in which he pulled a loaded pistol on two people during an argument.

Hunter Chadwell, 22, pleaded guilty to felony counts of carrying a concealed weapon, possession of ammunition by a felon, felonious assault and attempted receiving/concealing a firearm.

In return for his plea, prosecutors dismissed several additional felony counts, including one count each of assaulting/resisting/obstructing a police officer, felony firearms and felonious assault, along with a habitual offender-second notice.

“I pointed it in (the victim’s) direction,” Chadwell admitted at Thursday’s hearing, describing the stolen Smith and Wesson 9mm pistol he brandished. “I got the firearm, basically from someone in the street, someone I knew before.”

Chadwell is on parole for a previous felony conviction in Genesee County, so he will not receive any credit for time served until he completes the previous sentence. Sentencing guidelines call for 14 to 29 months in jail for the charges in Shiawassee County.

Without the plea agreement, each felony count Chadwell pleaded to is punishable by up to five years in prison, except the felonious assault charge, which is a four-year felony.

Chadwell was arrested following an incident Dec. 14, 2019. He was helping a family member move out of a home on South Lyons Road in Caledonia Township. While helping the family member move, Chadwell had a fight with a 39-year-old man who punched Chadwell. Chadwell then pulled a pistol on the man and another individual.

Following the confrontation, police were contacted and Chadwell left the residence as a passenger in a vehicle. Michigan State Police located the vehicle and initiated a traffic stop. Chadwell fled on foot through several yards, and MSP troopers caught him after a short time.

According to online court records, Chadwell has previous felony convictions in Shiawassee County for resisting/obstructing a police officer in 2014 as a juvenile, and delivery/manufacture of meth in 2016.

He also has misdemeanor convictions for receiving/concealing stolen property and driving without a license in 2015, and third-degree retail fraud in 2016.