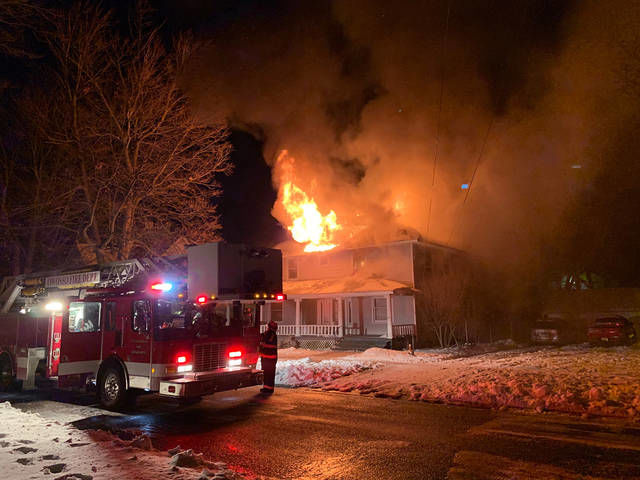 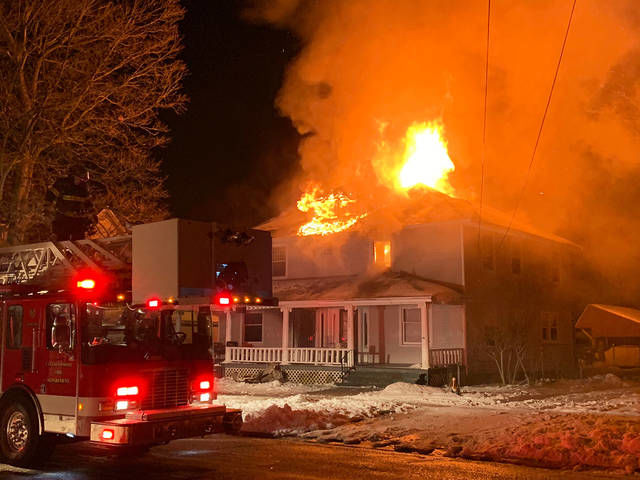 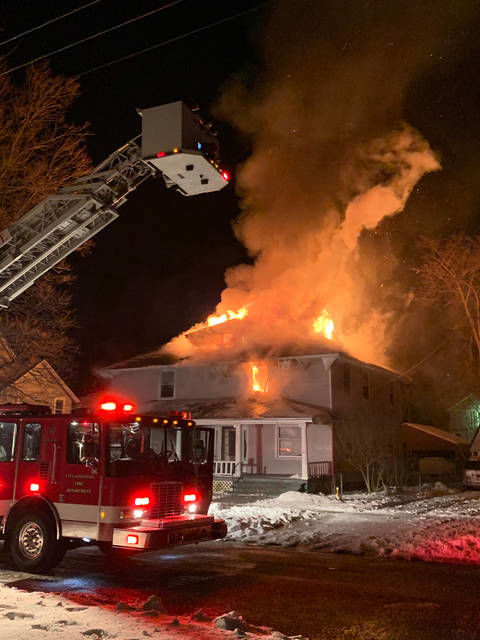 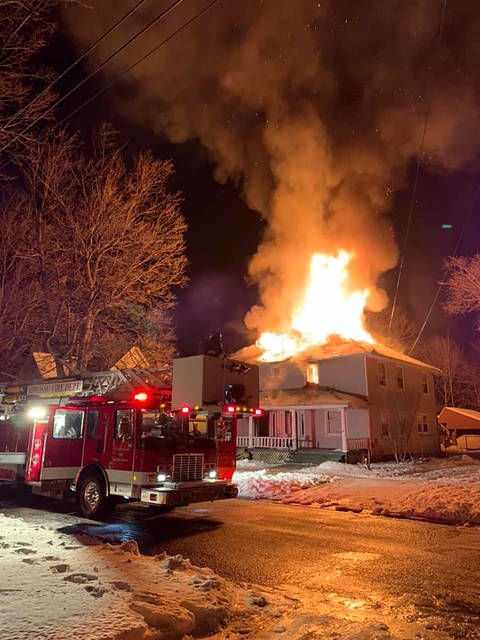 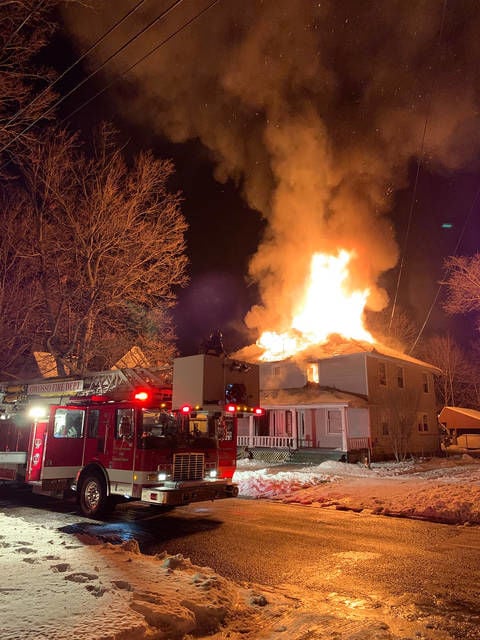 An Owosso firefighter prepares to use the bucket on a fire truck as a duplex in the 500 block of North Saginaw Street burns early this morning. The home caught fire Tuesday night and, after firefighters thought it was out, rekindled about 5 a.m. today. 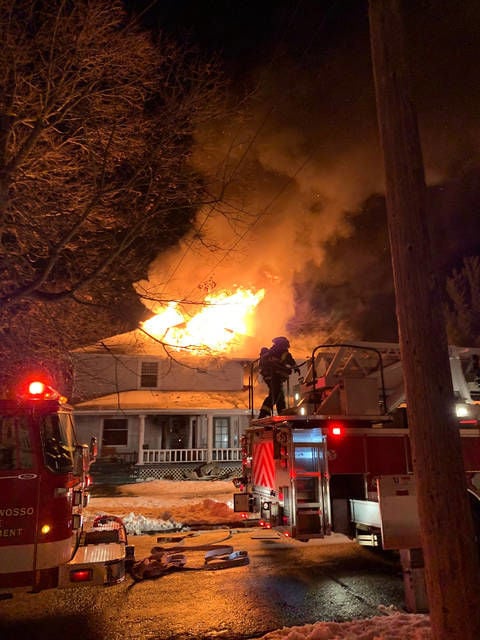 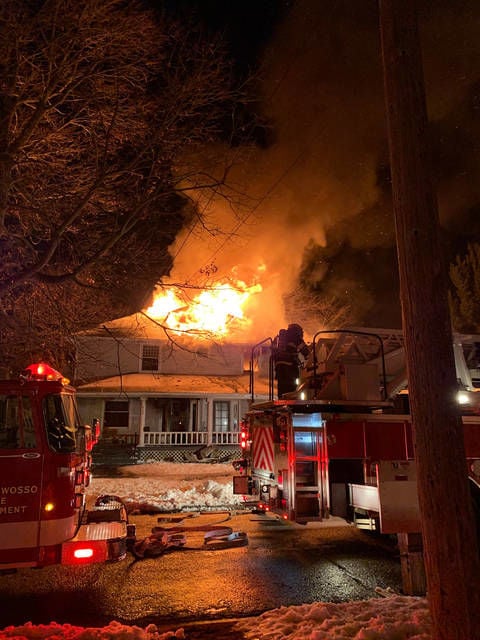 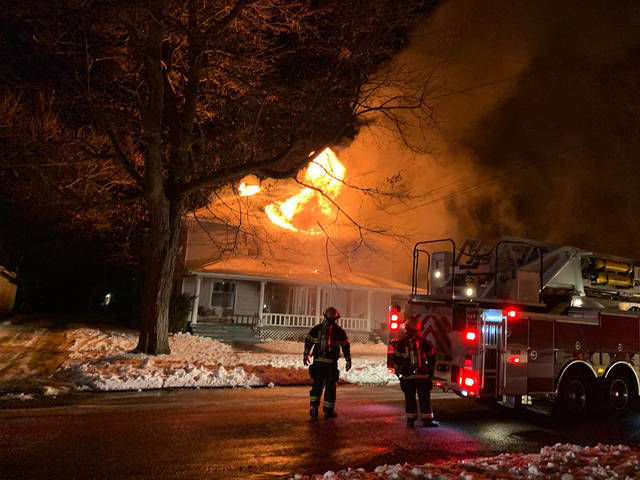 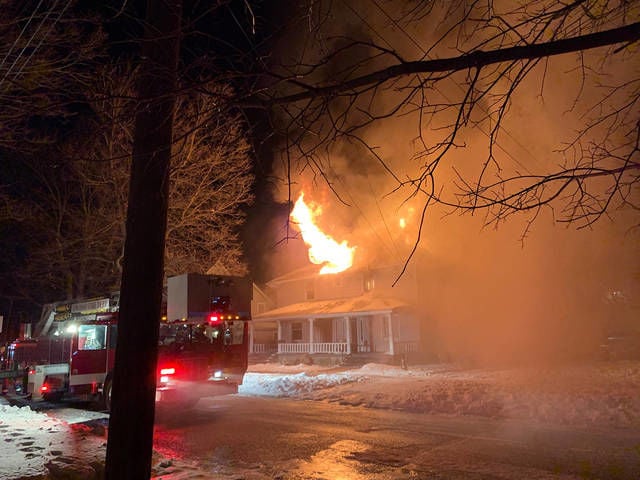 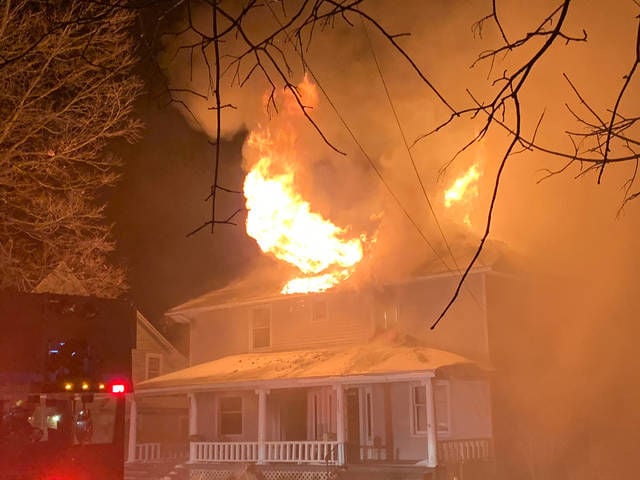 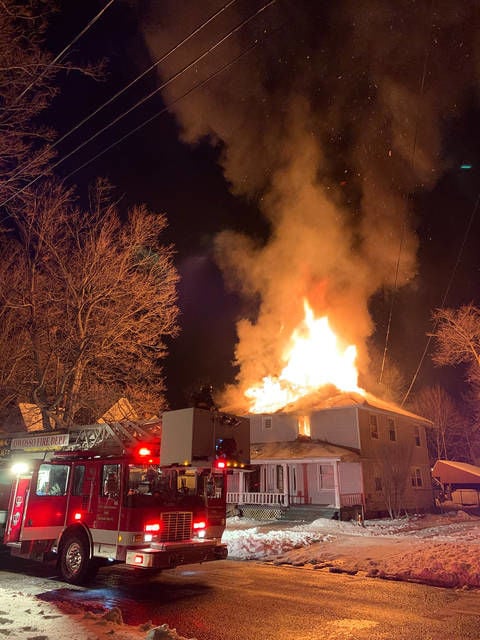 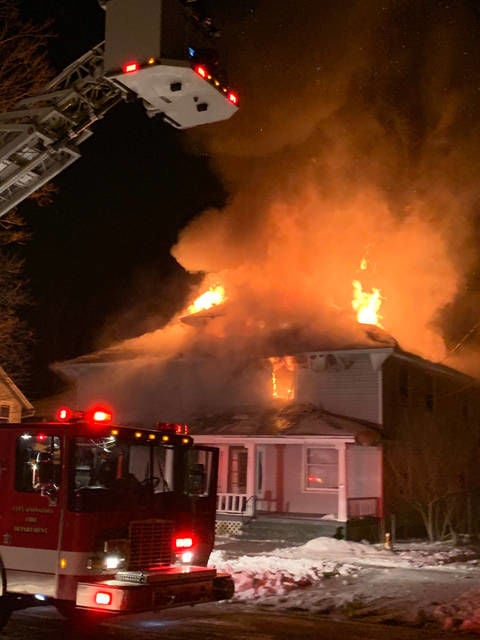 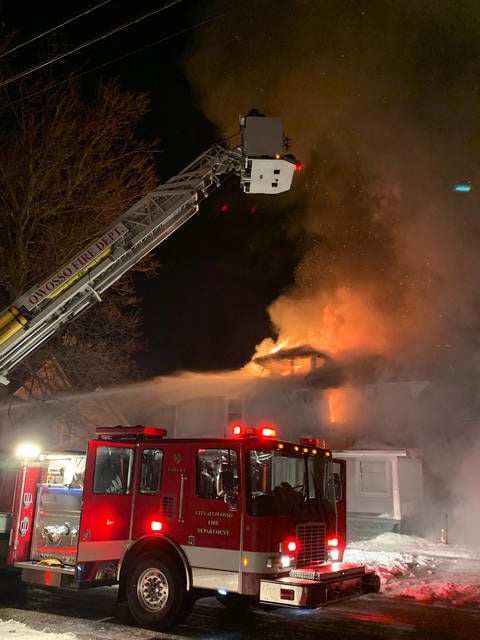 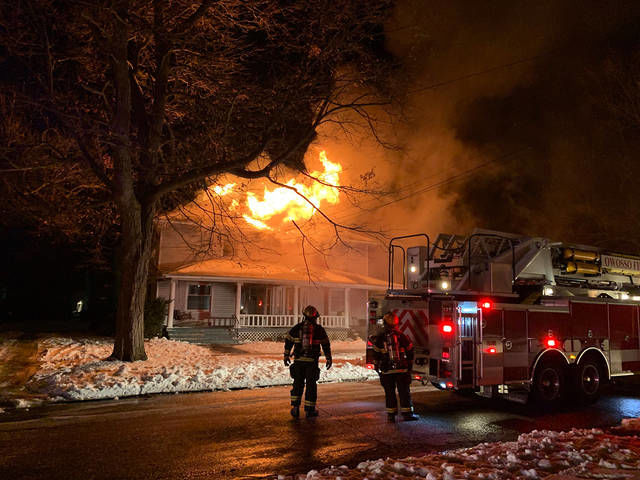 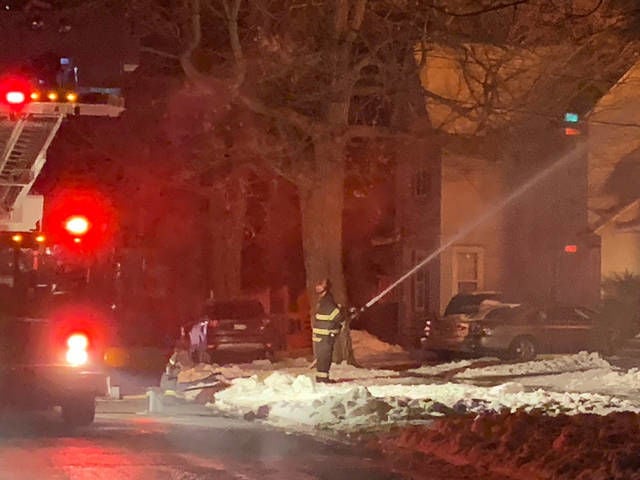 An Owosso firefighter prepares to use the bucket on a fire truck as a duplex in the 500 block of North Saginaw Street burns early this morning. The home caught fire Tuesday night and, after firefighters thought it was out, rekindled about 5 a.m. today.

OWOSSO — A duplex in the 500 block of North Saginaw Street is a total loss today after a late-Tuesday fire and early morning “rekindle” that gutted the structure.

The first call Tuesday was at 11:22 p.m. stating a fire had started in the southwest corner of the house, in the 515 N. Saginaw unit.

According to a press release issued by the Owosso Fire Department the home was “fully involved” when firefighters arrived.

Mike Flagg, who rents the 517 N. Saginaw St. unit with his wife, said the fire was contained to the 515 N. Saginaw St. apartment when firefighters arrived the first time Tuesday night.

He said firefighters put out the fire and the American Red Cross arranged for him and his wife to stay at the Comstock Inn for the night. He left the scene about 3 a.m.

Flagg said at that time there was only smoke damage and a little water damage to his apartment.

“I went to go get my wife some coffee and we saw fire trucks going down Park Street and I told my wife I bet that’s our house again,” Flagg said this morning.

He was correct. When the couple arrived back at their home about 6 a.m. they saw the fire had spread into their unit as well. The house was a complete loss.

Owosso Township Fire Department and Corunna-Caledonia Fire Department assisted at the fire scene both times. Firefighters were on scene the first time more than three hours working to extinguish the fire, a city release notes.

At approximately 5:35 a.m. firefighters were called back to the home after the rekindle.

Flames were rising 20 feet above the roof when firefighters arrived on the scene. Firefighters were at the scene until after 8 a.m. today.

The cause of the fire is unknown and remains under investigation.

OWOSSO — A pair of gofundme accounts have been set up to benefit the families who lost their homes in a fire Tuesday night and Wednesday morning.