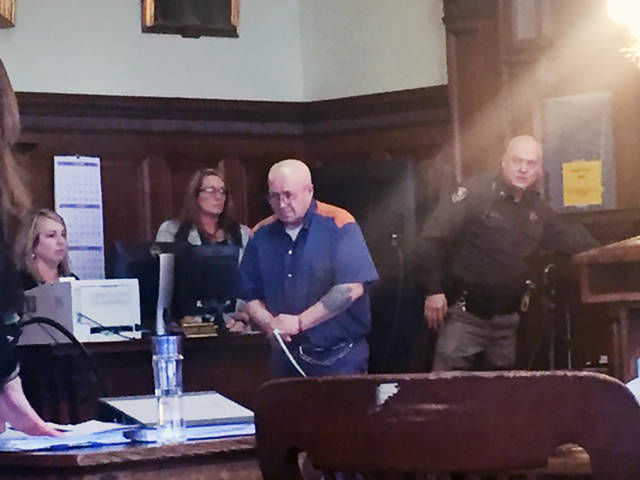 Daniel Wheeler is seen during a hearing Dec. 4 in 35th Circuit Court in Corunna. Wheeler, who was convicted of the murder of his pregnant girlfriend, could be re-sentenced and eligible for parole. 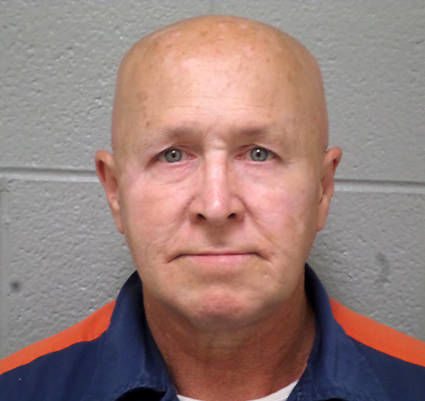 CORUNNA — Daniel Wheeler, who was sentenced as a juvenile to life in prison for the murder of his pregnant girlfriend Erlinda Paz in Hazelton Township in March 1971 will have to wait a while longer to find out if he will ever be released.

In 2016, the U.S. Supreme Court ruled juveniles who were sentenced to life in prison were subjected to “cruel and unusual punishment,” and should be re-sentenced. Wheeler’s case was among those eligible for re-hearing, and one of four such cases in Shiawassee County.

Wheeler appeared in 35th Circuit Court last week and this week for evidentiary hearings on whether he should be re-sentenced, sent back to prison or possibly released.

Monday, Judge Matthew Stewart instructed prosecution and defense attorneys to submit briefs stating their positions and arguments by Jan. 10, 2020. Stewart will then rule on whether Wheeler will be re-sentenced.

Wheeler was found guilty of first-degree, premeditated murder by a jury and sentenced to life without parole April 19, 1971. He is serving his sentence at the Macomb Correctional Facility in Lenox Township near Detroit.

Wheeler’s attorney, Becky Hahn, noted Dec. 4 that Wheeler had a rough upbringing and dropped out of school during the ninth grade. She reviewed Wheeler’s record since he began serving his sentence in 1971, which includes finishing his GED and acting as a “handyman” at the prison where he is serving his sentence.

She also noted then-assistant prosecutor for Shiawassee County Raymond Basso said in an affidavit in the 1970s that the case was “one of two trials that haunted him,” and expressed some doubt about Wheeler’s conviction. Basso, who later became a district court judge, died in 1980.

Shiawassee County Prosecutor Deana Finnegan has indicated she will seek to uphold the life term Wheeler received in 1971. Her office filed motions in July to uphold the original sentence.

Wheeler is one of four juvenile lifers from Shiawassee County whose sentences either have been or are slated to be re-examined.

The others are Ronald Hammond, John Espie and Mark Dawson. Dawson was sentenced in June 1977. Hammond was convicted in June 1986. Espie was sentenced in 1999. Espie’s case is being handled by the Michigan Attorney General’s office because his crimes spanned multiple jurisdictions.

CORUNNA — Daniel Wheeler, who was convicted of killing his girlfriend Erlinda Paz in Hazelto…

SHIAWASSEE COUNTY — In 2016, the United States Supreme Court ruled that juveniles who were s…

Do you have a generator in case of power outages?