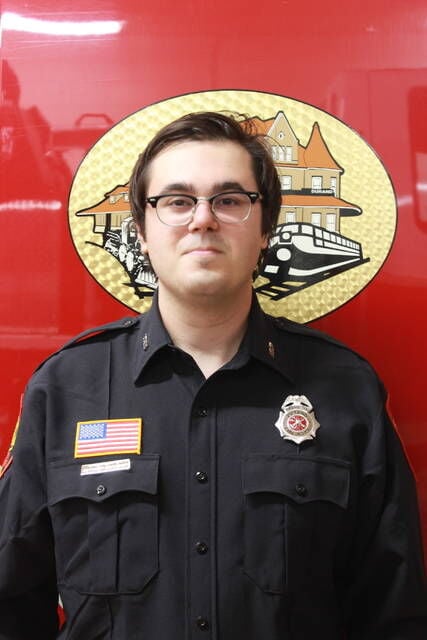 DURAND — A pair of Durand City Council members who this past weekend called for each other’s resignation appeared to let the issue go Monday night in relative silence — but things picked up again this morning as both council members entertained further action.

“Put petty differences and personalities aside or take it to the boxing ring,” Brooks suggested during public comment. “You should be showing leadership skills, which was (a) quality desired in your new city manager that you are in the process of hiring; how do you think he’s looking at the behavior currently being exhibited?”

“Personally I like the idea of a boxing match,” Boggs said with a grin. “I think it would be a great idea, but as far as I’m concerned, there’s no need to press the issue unless Mr. Schaefer wants to press it, and then we press on.”

“I’ll take you up on a boxing match, I’ll do it,” Schaefer chimed in, laughing. “At the end of the day, I’m here to represent the citizens of the town. I’ll work with anybody who has the citizens’ best interest in mind so although I don’t generally agree with Brian, I will absolutely work with him on anything that benefits the town.”

In Schaefer’s closing remarks Monday, however, he reiterated the importance of actions and words having consequences. In a statement to The Argus-Press this morning, Schaefer said he plans to write a letter to Gov. Gretchen Whitmer seeking Boggs’ removal from the city council.

“I know I am in the legal, moral and ethical clear being on the fire department and city council, but Brian’s comments were disgusting,” Schaefer said this morning. “This isn’t a personal issue to ‘bury the hatchet’ on. It’s a case of serious misconduct on the part of councilman Boggs.”

Boggs, when asked to comment this morning on Schaefer’s plans to write the governor, said if that’s the case, he intends to file a motion in court seeking Schaefer’s removal from the city council.

“I wasn’t going to do it unless he was going to press on, but if he presses on then I will as well,” Boggs said via phone this morning, adding there is existing case law to support Schaefer’s “incompatibility of offices.”

During a special meeting Saturday, Schaefer called on Boggs to resign, accusing the longtime city council member of violating his “oath to protect the citizens and employees of Durand,” in voting no on a proposal to purchase equipment for the city’s fire department in January.

Schaefer said a person recently told him Boggs stated “in public and in front of multiple witnesses” that he voted against the proposal to purchase Self-Contained Breathing Apparatus (SCBA) equipment for Durand’s fire department during a Jan. 4 meeting because he believes Schaefer is a “waste of space” and because the measure was something Schaefer supported.

Boggs brushed off the allegations as hearsay and declined to resign his post Saturday, saying he voted no on the equipment purchase because no financial documentation was provided to the council ahead of the Jan. 4 meeting. In a subsequent phone call to The Argus-Press Monday morning, Boggs called for Schaefer’s resignation, citing the mayor pro tem’s involvement as a member of the Durand Fire Department as a clear conflict of interest.

“It is a clear conflict of ethical violation for him to advocate for the fire department and be on it at the same time and then apply for additional command positions inside the fire department, because around or about the time of this issue, he applied for a commanding position in the fire department and that can be seen as a quid pro quo if that’s true,” Boggs said. “In Michigan law, if a city is under 25,000 (people), a fire department member, as long as they are not the chief or in charge of negotiating, can serve on a city council and they’re not supposed to vote on things they have a direct financial interest in.

“Well, just because it’s not a financial interest, Michigan is one of the few states that does not have ethics laws and because we don’t have ethics laws, that doesn’t mean it’s ethical for him to vote on it. It’s still a clear violation of ethics,” Boggs said.

Schaefer clarified Monday morning that before he decided to run for city council, he applied and interviewed for a sergeant position on the fire department, but was not chosen based on not having enough years of service. Schaefer said he interviewed for the position about a year ago, well in advance of his election to the city council in November 2020.

In a subsequent text message to The Argus-Press Monday, Schaefer defended his vote on the equipment purchase.

“As soon as I decided to run (for city council), I contacted current city council members, talked to the current fire chief and spoke to the city attorney because I was concerned about what conflicts I might have,” Schaefer said. “I asked about financial conflicts with voting for pay increases, etc. and was informed that it is not a conflict of interest because it is a government entity, not a private company.”

Schaefer added that he recently abstained from a vote on hazard pay bonuses for the fire department, despite having legal clearance to vote on the measure.

“My moral code and ethics are very important to me,” he said. “I am proud of my service to the citizens through my role on the fire department and once again, I’m disgusted that Brian would betray his oath to my coworkers and our citizens.”

On Jan. 4, the Durand City Council voted 5-2 to purchase SCBA equipment, including oxygen tanks, packs, masks and an air compressor, for the city’s fire department, an estimated $140,000 to $160,000 cost fire officials deemed was necessary because existing equipment was approaching its expiration date.

“The reason I voted no on (purchasing the equipment) was the same reason I stated in the (Jan. 4) meeting, that because you did not go through the proper channels with the financing, it was not provided to the city council, a fact that was completely and totally pointed out several times,” Boggs said Saturday.

Schaefer said Durand Fire Chief Nick Spaniola had received cost estimates for the equipment, though the final bid documentation was not provided to the city council ahead of the Jan. 4 meeting.

“The estimates were pretty detailed and we were assured nothing had really changed. I think the difference between the final bid and the estimate was less than $100,” Schaefer said.

“We don’t have time for this,” Brands said. “It just needs to go away.”