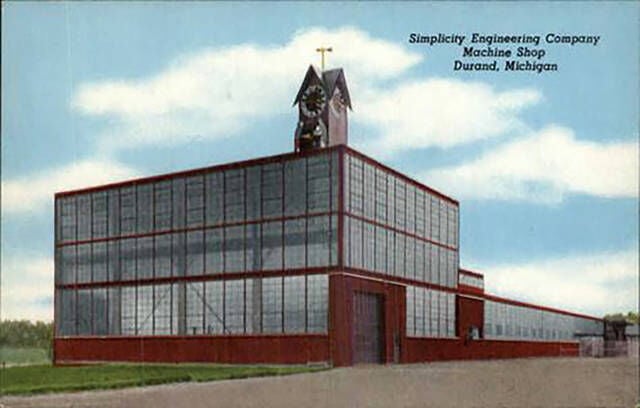 The Sandula Clock originally sat atop the Simplicity Engineering building in Durand. 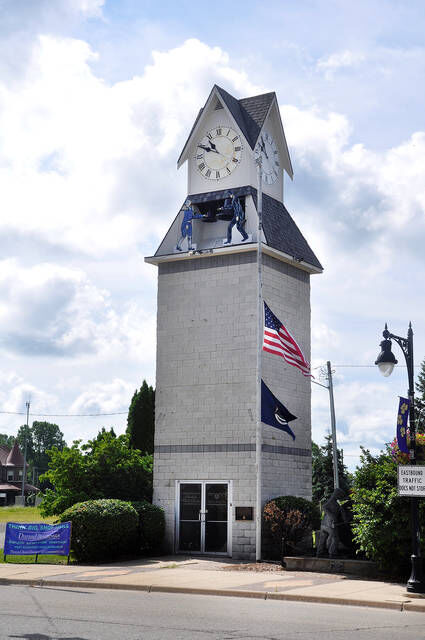 The Durand Rotary Club is fundraising to fix the Sandula Clock, located at the corner of Main and Saginaw streets in the heart of Durand. The clock needs a new roof.

The Sandula Clock originally sat atop the Simplicity Engineering building in Durand.

The Durand Rotary Club is fundraising to fix the Sandula Clock, located at the corner of Main and Saginaw streets in the heart of Durand. The clock needs a new roof.

DURAND — The landmark Sandula Clock Tower in downtown Durand is about to get a new roof and possibly other repairs down the road.

The $19,000 roof replacement project was initiated by the Durand Rotary Club, and residents and the city of Durand are pitching in money to make it happen.

That’s how much the Durand community cares about the Sandula Clock Tower, which was built in the early 1950s and features figures of George Washington and Abraham Lincoln striking the clock bells. The clock was placed on top of a tower, located at the corner of Main and Saginaw streets in 1996.

“I think it’s important to (fix up the clock) because it adds to the city,” Durand resident Ed Hatherill said. “A lot of people in Durand look at it, and it’s part of our history. But the work is going to cost a lot of money.”

Ever since the tower was constructed, Hatherill — a Rotarian and retired businessman — has climbed up an attached ladder to the top in order to adjust the time of day, and synchronize the time with the clock’s music.

He remembers the clock in its original location, affixed to the roof of the old Simplicity Engineering building.

“I must have been 10, 11 years old,” Hatherill said. “I remember looking at it when they put it on the Simplicity building and it was brand new. It was quite the attraction.”

He said he hopes residents will help purchase a metal roof for the tower as they earlier helped pay for the tower itself. The entire cost of $75,000 was raised through donations in about two years, Hatherill said.

The city of Durand is lending a hand with the roof replacement, committing up to $9,500 as a match to donations made on patronicity.com/clock. As of Saturday, $1,550 had been raised. The deadline for giving online is Aug. 15.

“As an important piece of our local heritage the clock tower restoration project is a key component of our efforts to maintain and beautify our downtown district,” Durand City Manager Colleen O’Toole said in an email. “We are very pleased to be working with the Rotary to make this project possible and commend their efforts to raise funds and awareness for the project.”

Residents who prefer sending a check can mail it to Durand Rotary Club, P.O. Box 531, Durand, MI 48429. Those who donate the maximum $500 will be acknowledged on a plaque attached to the tower.

The work to replace the existing roof with a metal one — designed to last 45 years — is expected to begin this month.

The clock was built by local resident John Sandula, then an employee at Simplicity, when he was 76 years old. Sandula copied the clock housing and works from his memory of a 156-year-old Hungarian cathedral clock.

The only difference was that Sandula chose Washington and Lincoln to strike the bells instead of their European counterparts.

Sandula obtained bells for the clock from the First United Methodist Church of Durand, built in 1869. A miniature replica of the clock, also constructed by Sandula, is displayed inside the museum located at the tower’s base.

Sandula’s clock graced Simplicity’s roof for many years before it was removed, having become something of a safety hazard because no efforts were made to preserve it. The company stored the clock for a number of years before selling it to the city of Durand for $1.

When Simplicity engineer Robert Conrad, a longtime Durand resident, heard about the sale of the clock to Durand he talked to the then-city manager, telling her he wanted to restore the timepiece and place it on a tower.

An ad hoc “Save the Sandula Clock” committee that included Conrad, and Durand residents Mike and Vicki Fuja, was formed. The Durand Rotary Club took on the fundraising aspect of the project, and Perrin Construction was hired to build the tower.

Over the subsequent years, Rotary Club members have assumed the responsibility of maintaining the clock tower. A hole in a clock face was patched and other work performed.

“We raised the funds to build the clock tower,” explained Rotary president Tim Shaw. “It belongs to the city but we didn’t want the city to be responsible to maintain it.”

Rotary’s current mission is to replace the tower’s deteriorating roof, but members hope to address other issues later, such as the clock’s broken sound system and rusted clock faces. Money remains a challenge: A recent bid on the sound system came to $7,000.

But it’s worth the effort, club members said.

“The clock tower is part of Durand’s history,” Rotary member Nancy Folaron said. “It overlooks all the events in Durand — the car show, Railroad Days, the fall festival — and everyone who comes down Saginaw Street sees it, with trains on one side and Durand Union Station on the other.”