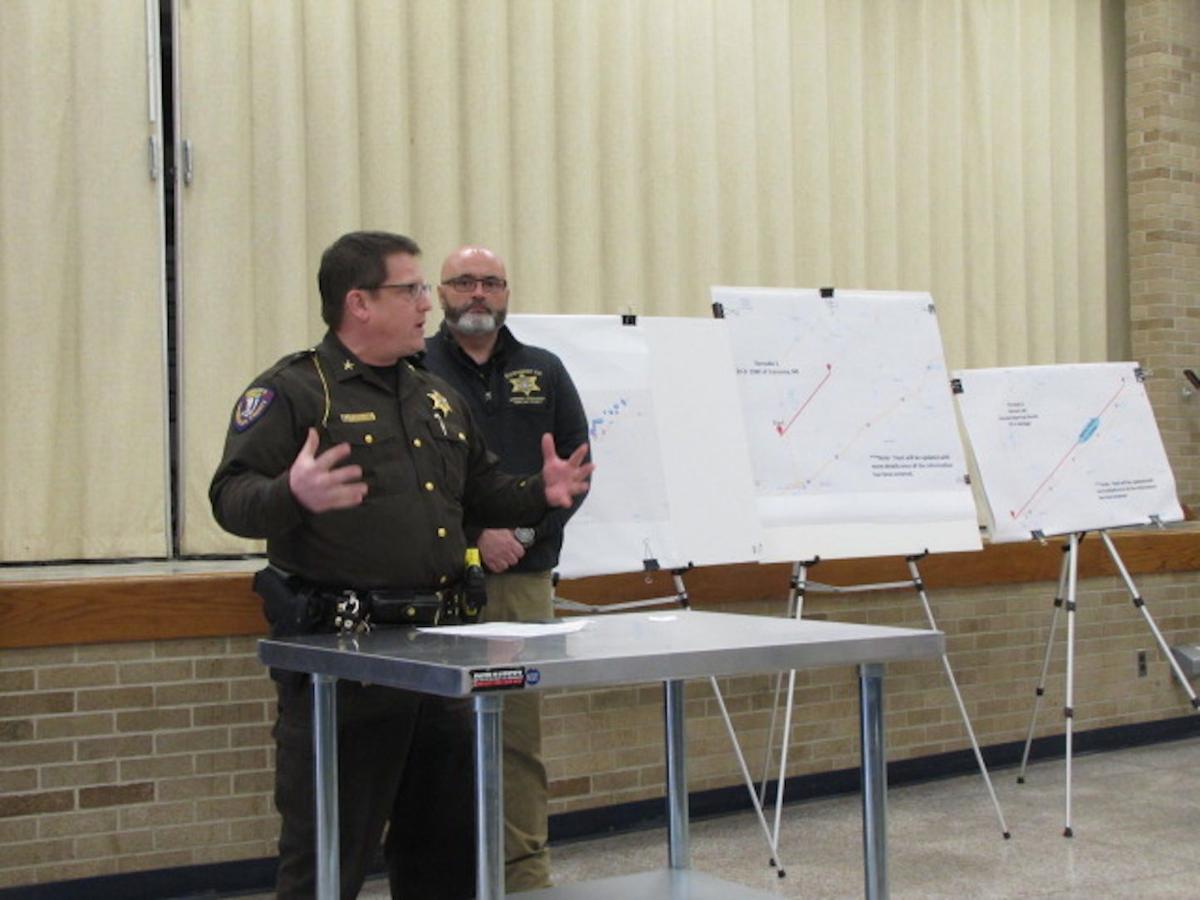 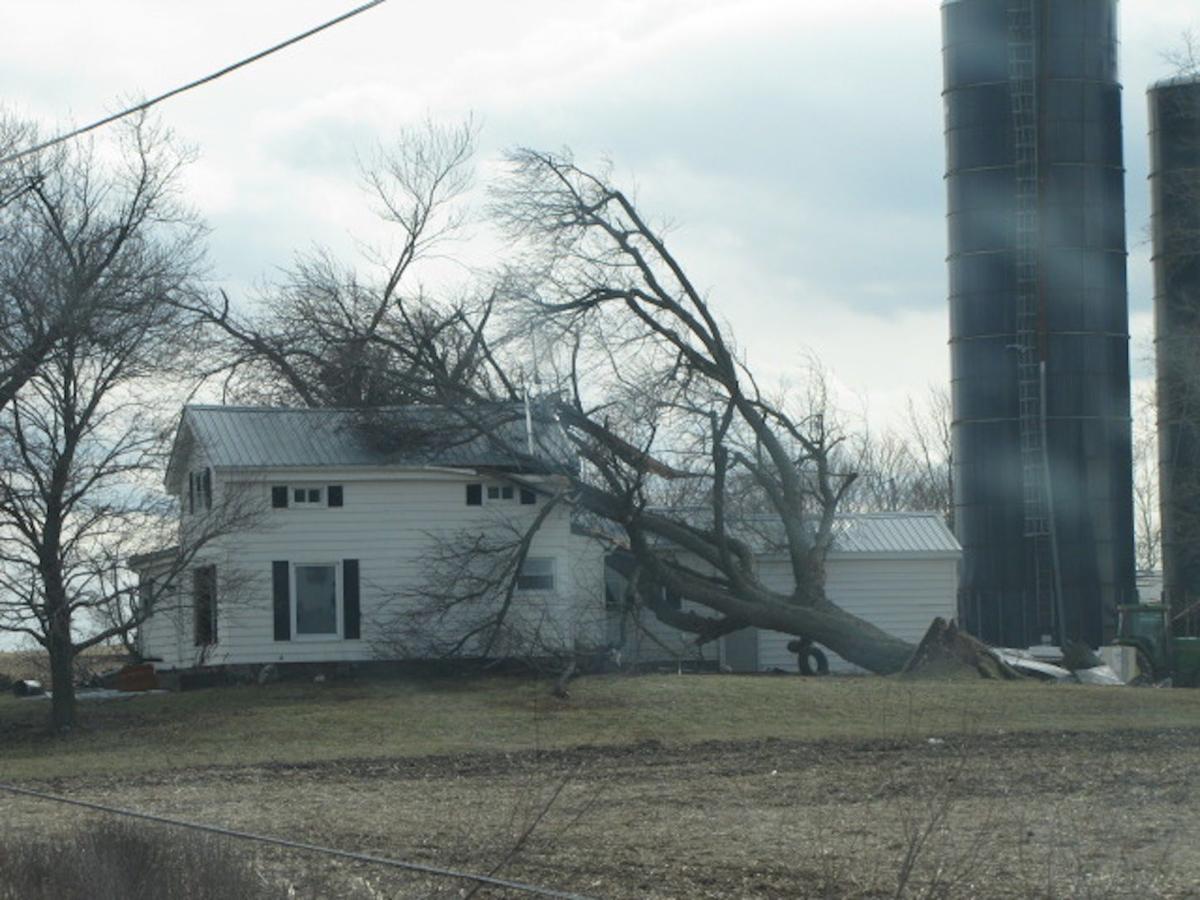 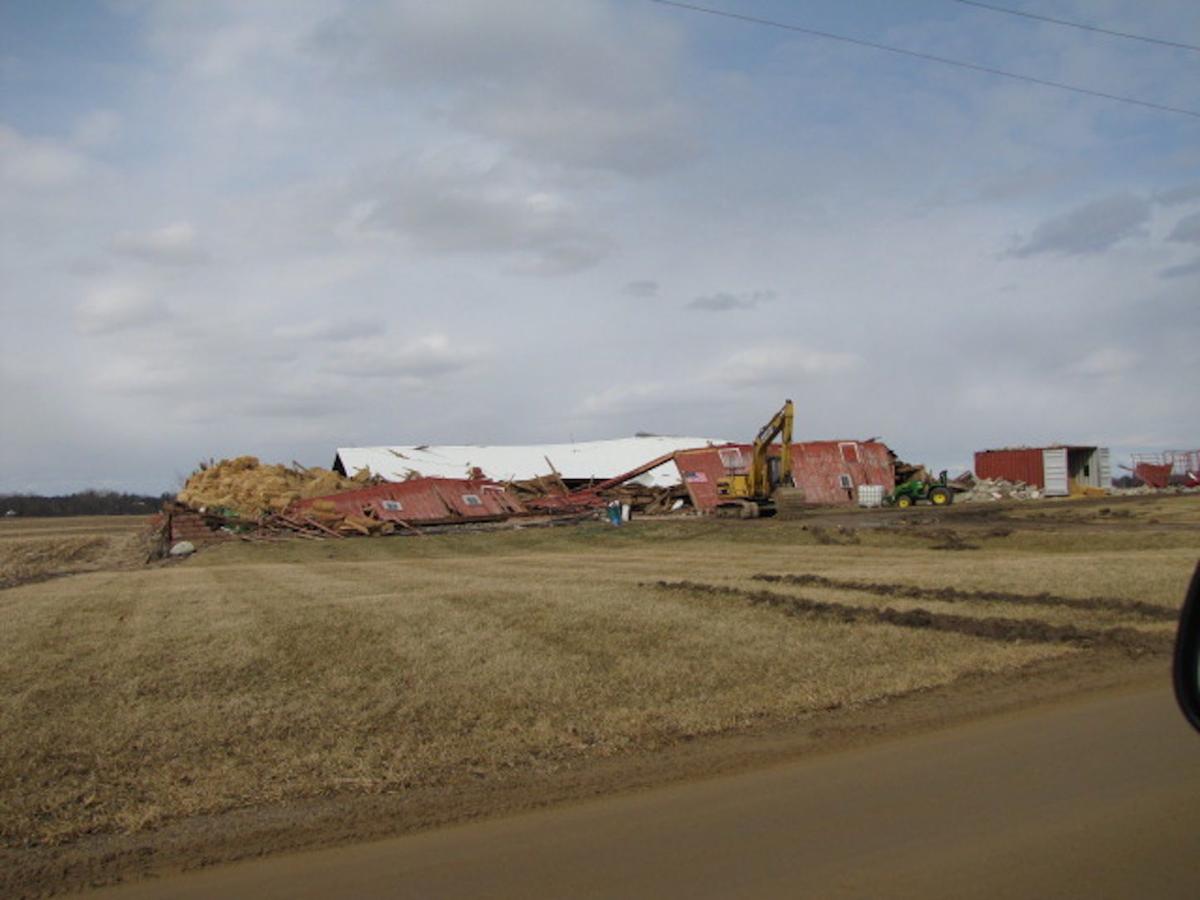 A barn is seen south of Vernon.

A barn is seen south of Vernon.

DURAND — Shiawassee County officials Sunday urged residents affected by Thursday’s tornadoes to ask for help and said multiple agencies and groups stand ready to offer whatever assistance they can.

“That’s what today is about,” Sheriff Brian BeGole told a group of about 100 residents. “To find out what you need. If we don’t have it here, we will reach out. It’s all about networking.”

Representatives from about a dozen groups were on hand Sunday to provide contacts and answer questions on topics such as how to deal with an insurance company or finding a builder. Officials also asked people to provide information that will allow agencies to contact them later with aid.

In addition, officials announced a pair of phone numbers people may call. Those who would like to donate items or who need resources may call (989) 743-2635. People who wish to volunteer in the recovery effort can call (989) 743-2631. The numbers aren’t monitored around the clock, but people can leave a message if they don’t reach an attendant.

BeGole and Emergency Management/Homeland Security coordinator Trent Atkins told residents help will be available as long as people need it.

“At noon (Sunday),” Atkins said, “about 50 neighbors and friends volunteered to help. We put abut 30 to work right away.”

He noted Drimby Tree Service offered its equipment to clean up at no charge. Others have made similar offers. Members of Team Rubicon, a disaster relief group, and the “Cajun Navy,” who gained notoriety by helping during Hurricane Harvey in Texas, also showed up and provided aid.

BeGole said he picked up a vehicle full of donated items from the Boy Scouts on his way to the meeting Sunday. He also said he has a “shoebox full” of gift cards to restaurants for people who may need food.

According to the National Weather Service, a pair of tornadoes — one an EF0 and the second an EF2 — struck Shiawassee County about 7 p.m. Thursday. The majority of the damage occurred along a path from Shiawassee Township northeast along I-69 to near Lennon. Two other tornadoes struck in Genesee County.

BeGole said the Shiawassee County tornadoes covered about 18 miles on the ground. They damaged 60 to 65 homes and left 18 of those uninhabitable or destroyed. In addition 16 barns were destroyed and several businesses suffered extensive damage. He said the numbers continue to change and assessments are made.

“Millions of dollars (of damage),” BeGole said. “The total cost hasn’t been determined. That could take several weeks or longer.”

Officials said Shiawassee County Board of Commissioners chairman Jeremy Root Saturday signed a local declaration of emergency. At the same time, officials forwarded a request for a state declaration to the governor’s office.

State Rep. Ben Frederick said he has talked to the governor’s office and other state officials in an attempt to speed the process. He added a state declaration decision isn’t likely before the middle of the week.

BeGole noted about 6,100 customers lost power because of the storm Thursday. As of Sunday, most power had been restored, although “sporadic” outages remained.

He said the assessment shows 61 percent of the damage took place in Shiawassee Township, 29 percent in Vernon Township and 9 percent in Venice Township.

“We didn’t know if we were going to have casualties,” he said. “It was dark, we were driving around doing a grid search. We only had some people with scratches. We were blessed in that aspect. … Thank God it wasn’t worse.”

Atkins said a couple of fire trucks that headed out to spot in the storm ended up in the middle of it and were trapped by downed power lines for about four hours.

The damage assessment got underway Friday and Atkins said he spent time in the Michigan State Police helicopter viewing damage.

“It was very moving to see that from the air,” he said. “We saw straight lines in the dirt (from the tornado) heading toward your homes.”

He said he was able to see damage up to 1 mile on either side of the tornado track.

Officials said they set up a command post at the Vernon Township fire hall and continue to operate out of that location. Emergency personnel from throughout the county took part in the search for victims and damage assessment, and others from Osceola, Clinton and Ingham counties — and other places — also have helped.