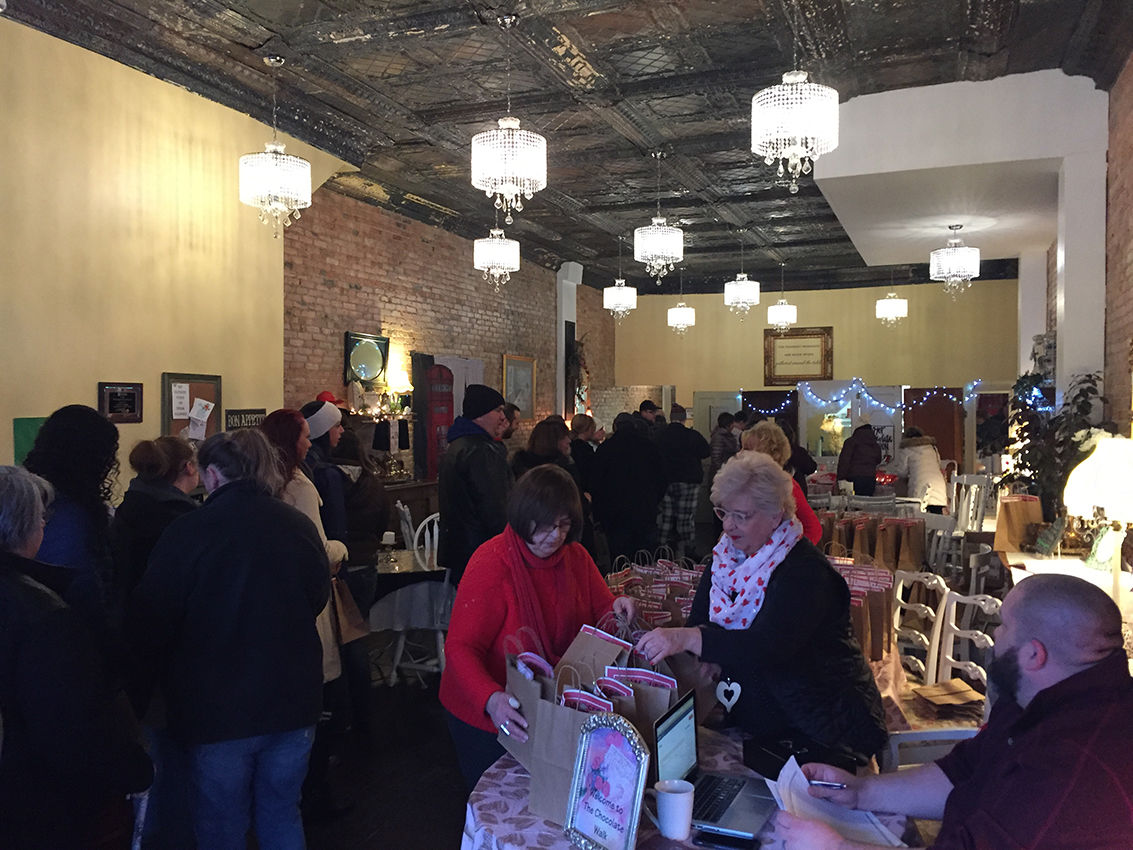 A look at the crowd inside Abiding in the Vine during the sixth annual Owosso Chocolate Walk, held Friday downtown. 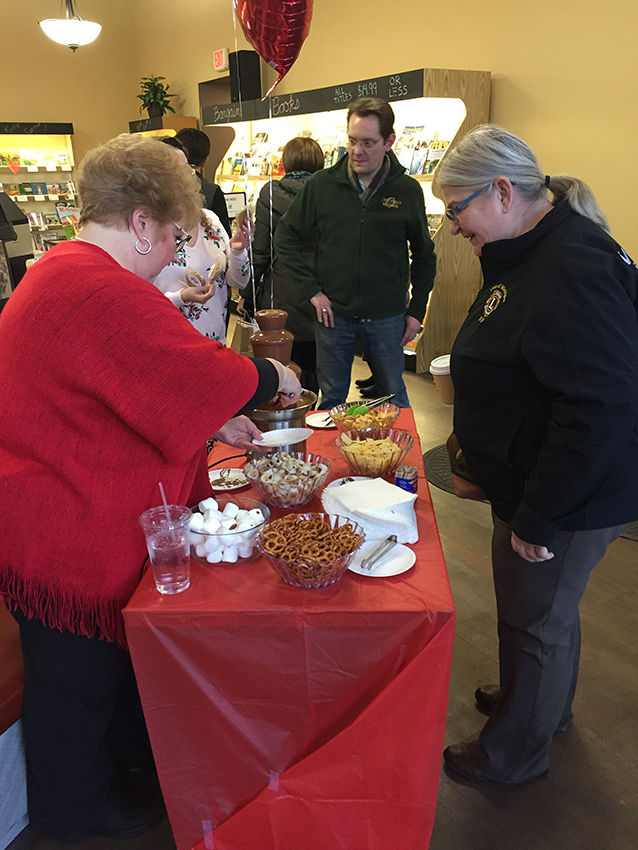 Participants in the Owosso Chocolate Walk enjoy some sweet treats inside Owosso Books and Beans Friday.

A look at the crowd inside Abiding in the Vine during the sixth annual Owosso Chocolate Walk, held Friday downtown.

Participants in the Owosso Chocolate Walk enjoy some sweet treats inside Owosso Books and Beans Friday.

The event — which sold out for a third consecutive year, with tickets at $10 per person — drew approximately 300 people downtown, according to Owosso Main Street Executive Director Josh Adams, as groups traveled to each of the 23 participating downtown businesses to collect a variety of chocolate treasures.

“It’s just a really great way for groups or families to come together, walk and shop the downtown and get a little treat as they go,” Adams said. “January can kind of be a rough month for businesses — kind of that first quarter, everybody is recovering from Christmas — so for us it’s a huge shot in the arm for local businesses to have 300 people visiting, a lot of businesses do great with their sales.”

The Chocolate Walk kicked off at 5 p.m. inside Abiding in the Vine, where participants were treated to a hot chocolate bar, received their bags and were given maps detailing the route of chocolate destinations.

Among the stops on the itinerary was newly opened independent bookstore Owosso Books and Beans.

State Rep. Ben Frederick, R-Owosso, who owns the store with his wife, Lydia, said he was happy to take part in the evening’s festivities.

“I love what (Owosso) Main Street’s doing in reminding people they have a dynamic, vibrant downtown of local businesses,” Frederick said. “A lot of people have come in today, it’s their first time in the bookstore, so we know this traffic will generate a lot of buzz.”

A fair portion of Friday’s foot traffic came from outside Owosso, according to Adams, as the event has grown in popularity in recent years, drawing people from Grand Blanc, Flint and Port Austin.

“Probably over 50 percent of the ticket holders are from outside of the community,” Adams said. “We’ve had a ton of new people (this year) that have never been to the event, so it really gives visibility to a new audience for the local businesses. That’s really what we’re proud of is being able to be that regional destination location for a particular night.”

Proceeds from the Chocolate Walk will go directly toward improving Owosso Main Street’s website, downtownowosso.org, according to Adams, as the organization aims to add a destination survey to its website in the coming months.