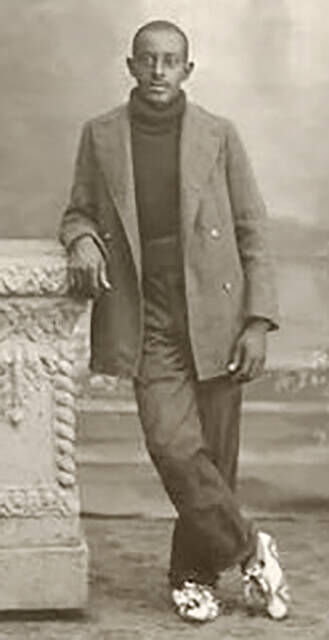 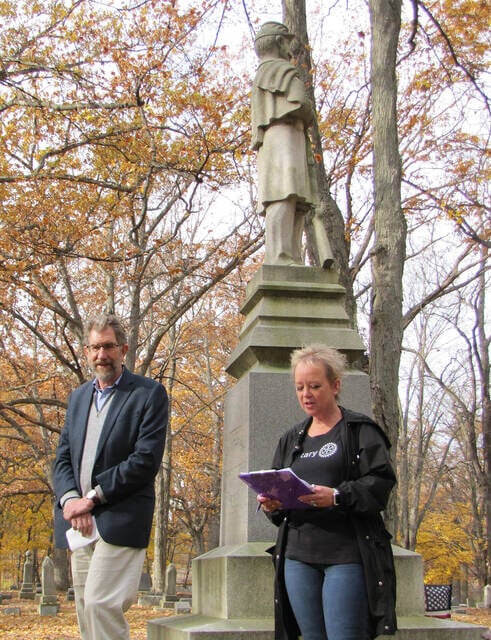 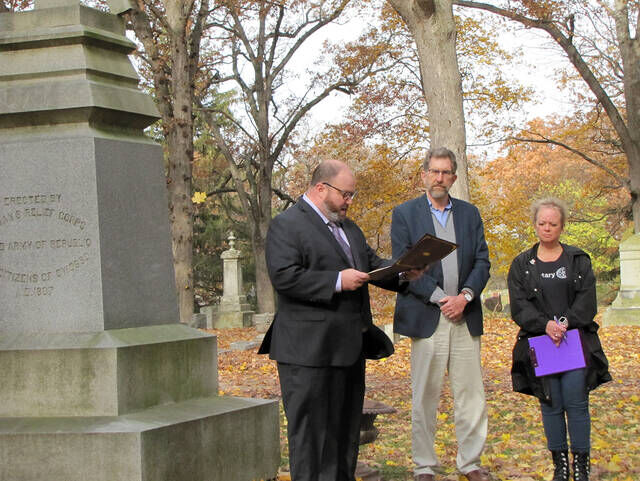 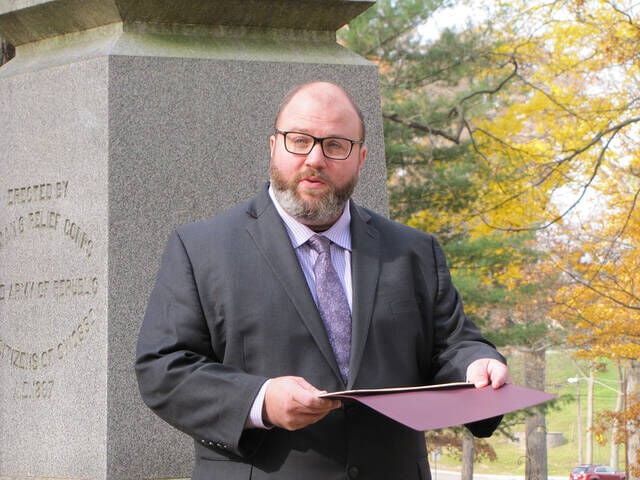 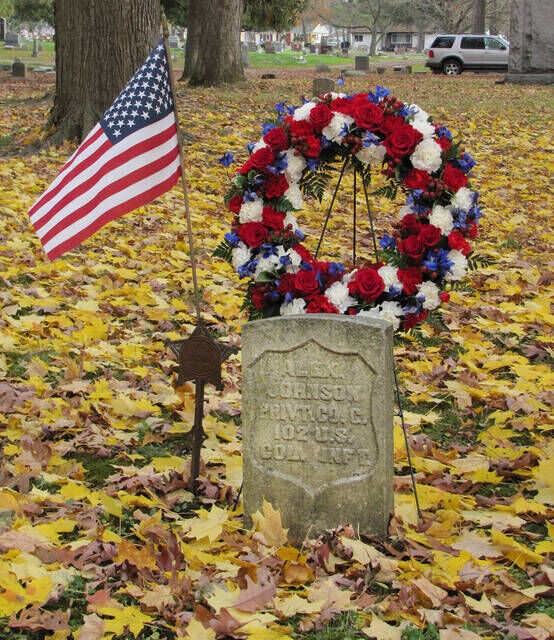 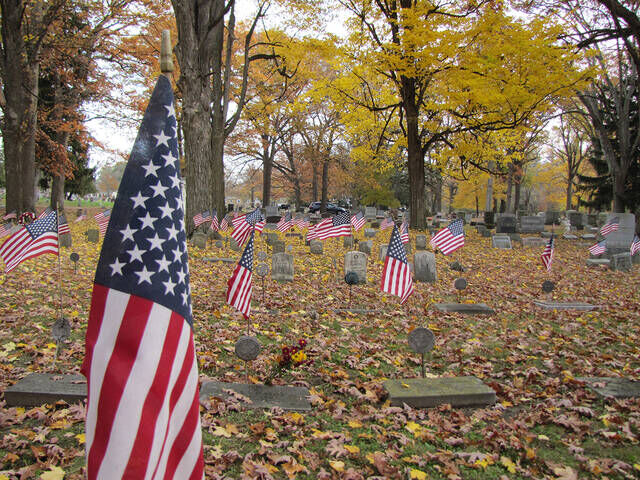 OWOSSO — More than 150 years ago, white residents of Owosso chased nearly all Black residents out of town for unknown reasons.

Among the very few Blacks who remained was Alexander Johnson, a Civil War veteran who ran a barbershop and lived in Owosso until his death in 1907.

Thursday — Veterans Day — the Owosso Rotary Club honored Johnson for his military service at Oakhill Cemetery, where he is buried among numerous other Civil War veterans. Owosso Mayor Chris Eveleth offered the Rotary a proclamation from the city in Johnson’s honor.

“The Rotary Club has been working for a year on diversity and inclusivity,” Rotarian Tom Cook said. “Veterans Day is always important. We’re highlighting one special person this year. Parts of our history can be difficult.”

According to information provided by the Rotary and Shiawassee Arts Center Director Piper Brewer, who researched Johnson, the veteran was born into slavery in Knox County, Tennessee, in 1838.

Johnson escaped his bondage and came north. He served as a private in Company C of the 102nd U.S. Colored Infantry Troop, which mustered in at Kalamazoo in about 1865.

After the war, he moved to Canada and married a white woman, Emma Sayles, in 1869. They later moved to Saginaw and then to Owosso in 1870.

In an event that the Rotarians called “largely forgotten,” a mob of about 40 whites drove out Blacks in 1871. Only three Blacks remained, Johnson among them. Johnson’s April 1907 obituary noted the mob attack: “There was a cleaning up in Owosso (in 1871) and every negro, save Mr. Johnson, was driven from the city.”

“We don’t know why he chose to stay,” BakerOmerod said. “It’s not a proud part of our history.”

Johnson lived on the north side of West Exchange Street between Water and Ball Streets. He first opened a barbershop near Main and Washington streets, then moved to a shop in the basement of the Grow Block on the northeast corner of Ball and Exchange streets (now the Exchange Building).

In May 1906, Johnson advertised his redecorated barbershop was “fitted up with new furniture and mirrors for the comfort of farmers, laborers and businessmen. All served alike.”

Eveleth, reading the proclamation, noted Johnson served honorably from Feb. 15, 1865, to Sept. 30, 1865. The proclamation notes the “unfortunate” and “regrettable” series of events that drove Blacks from the city.

The proclamation concludes by noting it’s fitting that Johnson be honored for his military service, as well as his contributions to the city of Owosso.

This is such a beautiful gesture, very much deserved. High praise to my beautiful hometown of Owosso for acknowledging and making progressive moves forward. Kindness is contagious, let us keep that in our hearts each day!