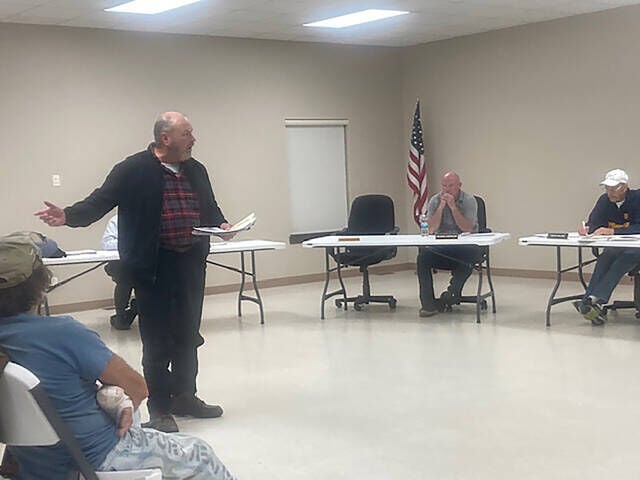 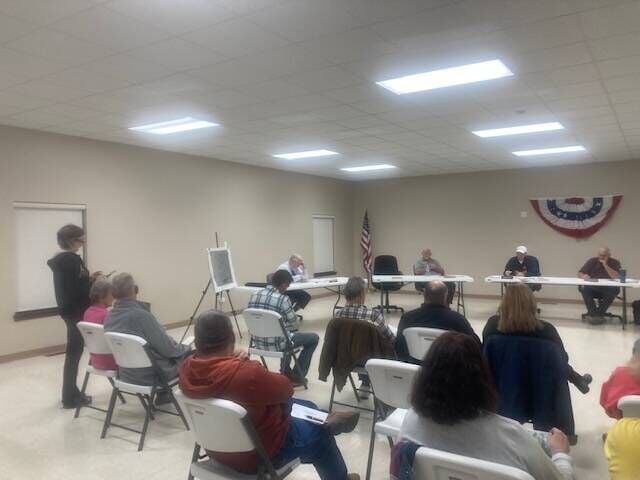 OWOSSO TWP. — The owner of Sweetheart Acres dog kennel has 90 days to get her dogs to stop “nuisance” barking, or the planning commission could yank her conditional use permit and force her to close the business.

Machala, who has lived at her Cook Road property since 2015, said she obtained a kennel license from the county and a conditional use permit from the township in 2017. She admitted her dogs bark, but claimed its not nearly as much as her neighbors claim. She breeds dogs and conducts obedience classes.

She said Animal Control had been called more than 100 times since 2017 due to alleged issues with her dogs.

“This is just harassment,” Machala said of her neighbors’ complaints. She added that she is permitted to have up to 10 dogs at her property, per the terms of her permit, but occasionally has more when she breeds animals.

She also has a cow and several goats that live on her property, which is zoned as agricultural.

A “field contact” report from the Shiawassee County Sheriff’s Office (Animal Control) outlines a surprise inspection during which Machala allegedly “went into a rant” claiming her neighbors poisoned her cat, and would “let them (dogs) out and allow them to bark because she did not care any more.”

Joe Tejkl, one of approximately 10 residents who complained to the board, said he and other neighbors have had ongoing problems with Machala since she opened her business in 2017. He asked the planning commission to revoke Machala’s conditional use permit.

“I don’t think it’s right,” Tejkl said. “I don’t think they should give her that 90 days. She’ll be in compliance for 90 days, and after that we’ll be right back to the dogs barking all night long, barking whenever they want. She won’t take care of them. She says that she does. But all of us people are here complaining about them barking. It’s very frustrating.”

Kathy Robinson, another neighbor of Machala’s on Cook Road, said she has attempted to speak with Machala regarding issues with the dogs, but most of the answers she received were “four-letter words.”

Robinson described an incident in which she claims she and her husband were riding their horses on Cook Road, and several of Machala’s dogs menaced her horses. Robinson said she used a whip to keep Machala’s dogs at bay.

Machala denied the incident ever took place, and accused Robinson of trespassing on her property and later assaulting her, which Robinson denied.

Brian Robinson, Kathy Robinson’s husband, said the situation has “been a nightmare.”

The planning commission declined to revoke Machala’s permit, but voted 4-0 to give her 90 days to bring her dogs into compliance and “reasonably controlled noise,” by installing soundproofing material in her garage, where the dogs are mostly kept, and not allowing them outside from 11 p.m. until 7 a.m. Surprise inspections are also part of the commission’s decision, and will be conducted by members of the planning commission.

If the situation does not improve, commissioners agreed, they may pull Machala’s conditional use permit, forcing her to close her business.

“It’s getting ugly,” Commissioner Danny Miller said, and indicated the move by the planning commission was an attempt at compromise.

Where did all the comments go?

Joe Tejkl and the Robinson’s are nothing but BULLIES. They are trying to get Ms. Machala (who is pregnant) and her 6 year old homeless so Tejkl can get the property for a very low price. He also harassed the previous owner, a 74 year old women to sell. Her husband died and Tejkl was right there to bully her. This needs to STOP!

There are many stories about this breeder and poor outcomes of the puppies she sells and then begins harassing customers. You can find all of the stories and screen shots on facebook. How is she allowed to keep so many dogs penned up in a garage? That seems abusive

I believe you are a friend of Joe Tejkls and are spreading rumors.

Joe Tejkl or the Robinsons can purchase the house for $130,000