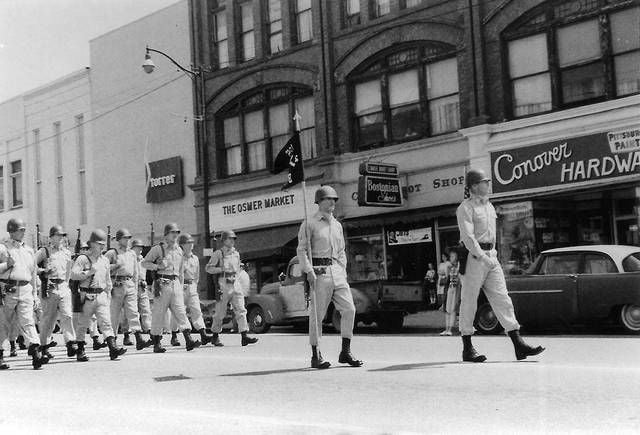 Wilfred R. Fox The Wesener Building is seen here in 1965. 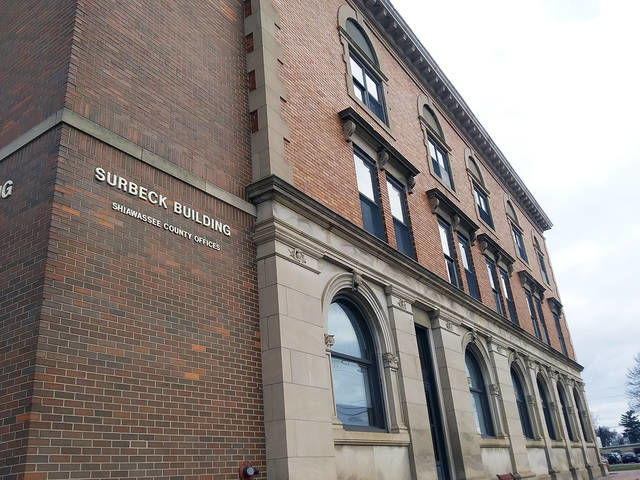 The Surbeck Building, in which the Board of Commissioners meets monthly, is named after late former county commissioner Devoist “Jake” Surbeck.

Wilfred R. Fox The Wesener Building is seen here in 1965.

The Surbeck Building, in which the Board of Commissioners meets monthly, is named after late former county commissioner Devoist “Jake” Surbeck.

OWOSSO —What’s in a name?

Many different names adorn Shiawassee County’s streets, buildings and other public places, but oftentimes the stories behind those names are forgotten.

According to local historian Shaefer Fox, it’s important to revisit those names from time to time, and remember why people felt the need to honor people by naming places after them in the first place.

“This is our heritage. Their spirits are here, the people these buildings were named after,” Fox said. “If you ask a younger person today who Thomas Dewey is, they will say, ‘Well that’s the man that invented the Dewey decimal system.”

The history behind the names of local buildings varies but typically they are named in honor of someone who was important or impactful to the community.

In many cases, what those people did is lost to the current generation who may not even realize a building is named for a particular person.

Many of Shiawassee County’s most recognizable buildings are, in fact, named for people who once held elected office.

At the county level, for instance, the Shiawassee County Board of Commissioners conducts its monthly meetings in the Surbeck building.

The building is named after Devoist “Jake” Surbeck. The year he died, 1982, Surbeck was elected chairman of the board of commissioners for the second time.

That wasn’t the first or last time the Board of Commissioners decided to honor one of its own.

The building that houses the Shiawassee County Health Department, the Capitan Building, was named in honor of James Capitan, a former Owosso mayor, county commissioner and member of the health department board.

Recently, the Board of Commissioners named the newly constructed drain office the Gary W. Holzhausen Drain Office and Facilities Building. Holzhausen, a current commissioner, operated an excavation business for decades and then served as the drain commissioner.

Fox said the person behind a building’s name deserves to be remembered.

Another recent honoree is Rick Dibean. For many years, Dibean has volunteered countless hours mowing the grass and making improvements to Bennett Field’s baseball fields, and helping run the girls softball leagues that play there.

In May, Owosso Mayor Chris Eveleth signed a proclamation renaming a field at the park “the Rick Dibean Diamond.”

Bennett Field wouldn’t be what it is today without Dibean, according to Eveleth, Dibean raised more than $90,000 for the ballpark and made other improvements for free.

Roy D. Matthews was a prominent attorney who graduated from Owosso High School in 1898. He served as the Shiawassee County probate judge. What is known now as the Matthews Building, 300 W. Main St. in Owosso, used to house his offices.

Recently the building was sold to a developer who hoped to turn it into a medical marijuana dispensary. The plans fell through when the state said it would not provide grant funding for a marijuana-related development.

One of the city’s gems, now houses its nonprofit theater group. Joseph Lebowsky opened the then-Capitol Theater on Main Street in downtown Owosso in 1926. He was a prominent local businessman and clothier. What Lebowsky started in 1926 has today become the Lebowsky Center for the Performing Arts.

In the county seat, thousands of people enjoy spending time at McCurdy Park.

Several days before Christmas in 1899, Hugh McCurdy and his wife Emma donated 34 acres of their property to the city, the land formed the first part of what is now McCurdy Park.

McCurdy was a prominent local politician. He served as the county prosecutor, probate judge, state senator, and mayor of Corunna.

While some buildings in the county are named after politicians or philanthropists, others bear the name of the person who built them or long-time tenants.

The Woodbury Building on Park Street in Owosso is named after Mark Woodbury, where he operated Woodbury Sheet Metal Company for many years.

The Wesener Building, 106 N. Washington St. in Owosso, was built by Hugo Wesener in 1886. Among other things, he owned the Commercial Hotel in Owosso, which he purchased from L.E Woodard. Wesener was an officer with the Union Army.

The Owosso High School football complex, Willman Field, is named after former school district Superintendent E.J. Willman, who was instrumental in getting the Depression-era structure built. According to his family, the school board surprised him with the field’s name when he retired.

Ebenezer Gould came to Owosso in 1840 and was involved in the formation of the Owosso and Saginaw Navigation Company. He also owned a grocery.

His brother, Amos Gould, settled in Owosso in 1843 and became Owosso’s first mayor. He also founded a bank, organized the school district and later served as a judge.

Fox said it’s everyone’s responsibility to make sure such buildings are maintained and remembered. He said it’s one of the reasons he led the charge to have the entire downtown Owosso area designated a National Historic Landmark District, a designation it received in 2014.

Owners of buildings in the historic district can access state and local dollars to preserve their unique identity.