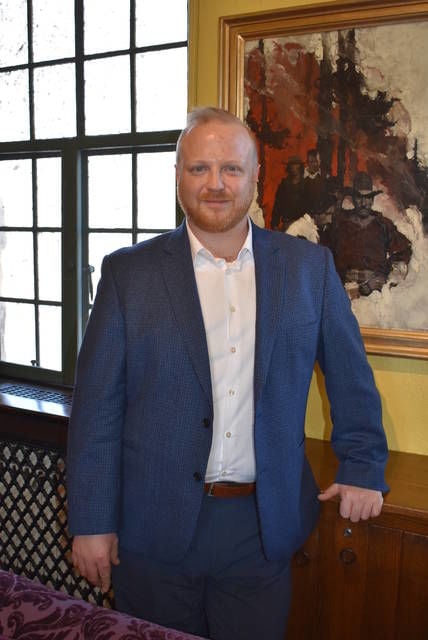 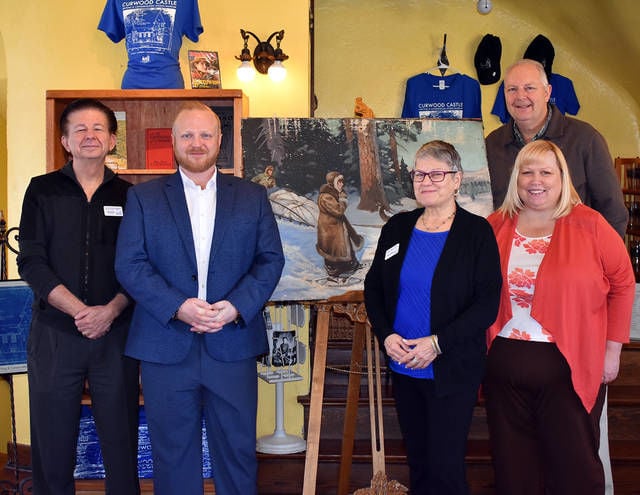 OWOSSO — Armed with a new executive director and a board composed of like-minded souls, the Owosso Historical Commission is declaring a fresh start, forging a new vision and making plans for the future.

The commission — which manages Curwood Castle, Amos Gould House, Comstock Cabin and other city historical assets — has laid out ambitious objectives, including collaborating more with community partners, finding new ways to get residents excited about local history and possibly creating a museum.

Leading the charge is the commission’s new executive director, Albert Martenis III, an Owosso native who has been on the job only 18 days. Martenis has taken over from Robert Doran, who resigned several months ago.

“It’s very humbling to be selected to take on this role. I know it’s close to a lot of people’s hearts,” Martenis, 37, said. “My goal is to bring people together, to work from 2020 forward with a new vision.”

The commission chose him over several other candidates, based not only on his ability to maintain and manage historical assets, but because of his ideas for improving them.

“We unanimously selected Albert,” commissioner vice chairman Dave Acton said Wednesday, during an informal meeting of commissioners at Curwood Castle. “In 18 days, he has exceeded our expectations. In our eyes, he has proven we’ve made the right decision.”

One highlight so far, Martenis said, was getting the opportunity to meet and start to build a relationship with the grand niece of James Oliver Curwood, Janice Curwood Durham, who presented the city of Owosso with a painting that used to hang in the author’s writing studio.

Martenis noted Curwood Castle will be 100 years old in three years, saying it’s time to reshape a vision for it that will take it through the next 100 years.

He said the newly created Castle City Museums, the commission’s nonprofit arm, will enable the panel to apply for grants, allowing the commission to stretch the county millage money it receives each year, about $250,000.

“We can leverage community dollars and maximize what we can do. We could build Gould House into a museum,” Martenis said.

Commissioners said they are also considering building a museum on vacant land, or purchasing a building. The museum would house not only materials related to Curwood but to the other outstanding figures in Shiawassee County history, including the 200 people described in a forthcoming book by local historian Shaffer Fox.

Figuring out how to present history in a way that appeals to multiple generations is another challenge Martenis is tackling.

Partnering with other historical groups across the county — instead of focusing solely on Owosso — is another way to achieve what might not be possible on the commission’s own. Commission members are working to partner with area libraries, Durand Union Station, the Corunna Historical Village, Shiawassee Historical Commission, Lebowsky Center, Steam Railroading Institute and many others. Some collaborations have already taken place.

“These groups are all part of historic Shiawassee,” commission member Denise Grace said.

On a “speculation and fantasy” wish list is building a silent movie theater in the museum. Many of the 238 movies made based on Curwood’s writings were silent pictures, and there’s a nostalgia crazy underway, Acton said.

Another item on the wish list is to raise the level of appreciation for the large number of historic homes in Owosso, he said.

Martenis remembers studying local history in school, visiting the Castle and attending the Curwood Festival while growing up. He said he is thrilled to work with some of the people who were involved in those events that meant so much to him as a kid.

Recruiting younger people to become involved, listening to the ideas of others, making changes that appeal to people of every age — these are some of the efforts that will make the historical aspects of Owosso relevant for many years to come.

“Together we created the history here, and only we can create the future,” Martenis said.