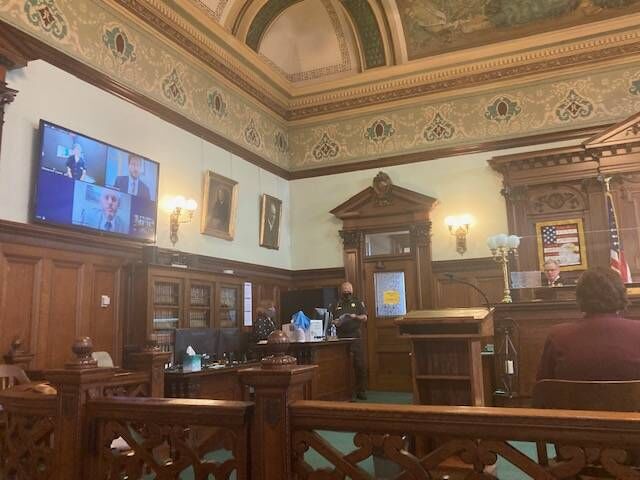 The Thursday probation violation hearing in 35th Circuit Court for Charles Shepard is seen in this photo. 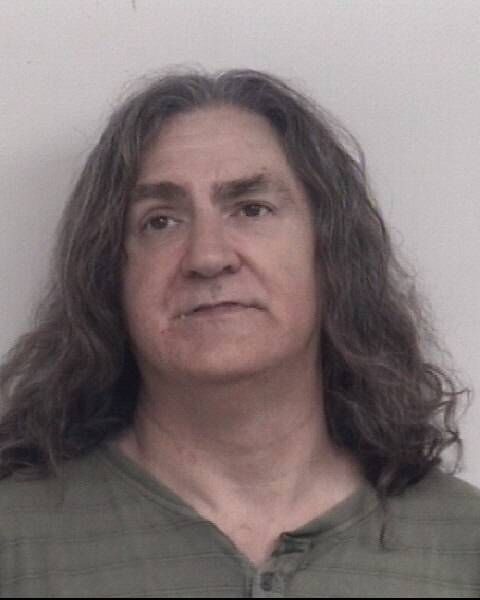 The Thursday probation violation hearing in 35th Circuit Court for Charles Shepard is seen in this photo.

Charles Shepard, 52, was sentenced by Stewart in July to probation for felony attempted aggravated stalking.

He was then charged Sept. 2 with felony domestic violence (third offense, habitual offender-fourth notice) and two misdemeanor counts of assault and battery. He was arraigned today before 66th District Court Judge Terrance Dignan; not guilty pleas were entered on his behalf.

At Thursday’s hearing, defense attorney Matt McKone asked Stewart to adjourn proceedings for at least 30 days, since Shepard’s alleged probation violation was the result of the newer charges, and could interfere with adjudication.

He also asked the court to set bond for the probation violation, noting district court had given personal recognizance bonds for the newer charges.

“Mr. Shepard was just here and sentenced for his last felony on July 16,” Stewart said. “We’re not two months away from his last sentencing. The court warned him, ‘Look, Mr. Shepard, you gotta stay out of trouble.’ Not to mention the leniency that Mr. Shepard received from this court earlier this summer.”

Chief assistant prosecutor Adam Masserang asked the court to order no bond in the case due to his lengthy criminal history and prior record of assaults.

“If it is a PR bond, that would be surprising and troubling,” Masserang said. “In district court, he’s charged with a felony with a habitual offender fourth offense, making it a life offense … Mr. Shepard has a long criminal history, going back to essentially at least the beginning of us keeping electronic records in the (1980s). His criminal history is vast. Both in this state and others. He has numerous prior felonies including conspiracy to deliver drugs and assault of a prison employee.”

Stewart then ruled there would be no bond for the probation violation and newer charges.

Shepard, who appeared via video, then shook his head, walked off screen and apparently sat down.

“Where did Mr. Shepard go?” Stewart asked. A jail employee responded that Shepard was apparently “sitting in a corner” off screen.

“That’s not real,” Shepard said, reappearing on screen. “This is ridiculous. Three men, crazed men, kicked my door in and I’m sitting here with no bond?”

“Mr. Shepard, would you like to face a contempt charge on top of no bond?” Stewart said. “Then stop. You’re in enough trouble.”

Shepard has numerous prior felony convictions that predate the county’s register of action, which goes back to 2005, including assault with a deadly weapon, assault of a prison employee, possession of burglar’s tools and others.