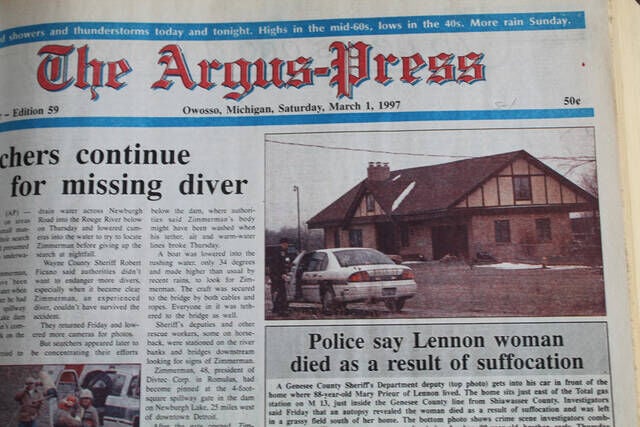 A March 1, 1997, edition of The Argus-Press shows the original coverage of the Mary Prieur murder. 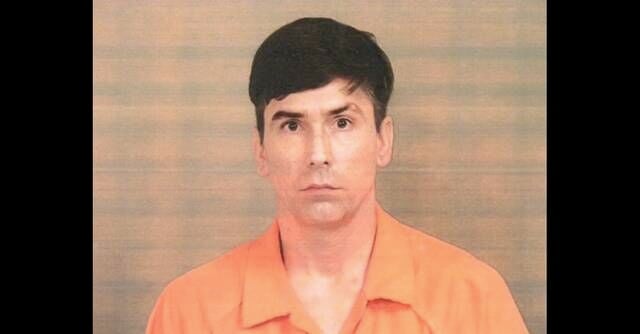 A March 1, 1997, edition of The Argus-Press shows the original coverage of the Mary Prieur murder.

FLINT — The man accused of strangling, raping and murdering 88-year-old Mary Prieur in Lennon in 1997 has been bound over to Genesee County Circuit Court for trial, according to court records.

No arrest had been made in Prieur’s murder until Michael Bur, 41, was taken into custody by police in Genesee County in November 2021 and charged with felony murder, first-degree criminal sexual conduct and kidnapping charges.

Bur, who lived near Prieur in 1997 when he was 17, is currently lodged in the Genesee County Jail without bond. Genesee County Sheriff Chris Swanson, who was one of the original investigators on the case, indicated DNA evidence was used to identify Bur as the prime suspect.

Genesee County court records do not indicate any further court dates having yet been scheduled, but show Bur’s case was bound over May 6.

Swanson said Bur has been a suspect in the case since at least 2004. Swanson had interviewed him at that time, but Bur denied any involvement and there was insufficient evidence to file charges.

Prieur’s partially unclothed body was discovered in a field Feb. 27, 1997, with a cloth covering her face and a blanket wrapped around her. She had been raped, choked and left for dead about 150 yards behind her home.

Police went to Prieur’s home after her brother-in-law had reported she had not shown up for Mass, which she attended regularly. They found no signs of a forced entry, and police have previously said shoeprints at the scene indicate Prieur’s killer may not have acted alone.

Swanson previously stated he believed Prieur opened her door for someone she was likely acquainted with, and was assaulted inside her home. She was then dragged from the house and assaulted again. In 2007, Swanson told The Argus-Press the killer was “infested with rage.”

Following Prieur’s murder, Lennon residents and neighbors remembered her as a humorous and kind woman, who was often spotted around town walking her dog, “Poopsie.” Prieur was a widow; her husband had passed away several years prior. She had no children, but does have extended family.

Prieur was born in Czechoslovakia and came to the United States at a young age, according to Argus-Press reports from the time. She owned and operated a candy store in Flint for many years before moving to Lennon, where she lived for 15 years preceding her murder.

In 2017, Swanson — then the Genesee County undersheriff — said he made a promise to Prieur’s sister, Frances, that he would close the case.

In Michigan, a first-degree murder conviction requires lifetime incarceration without the possibility of parole.

Do you agree with the Supreme Court’s decision to overturn Roe v. Wade?