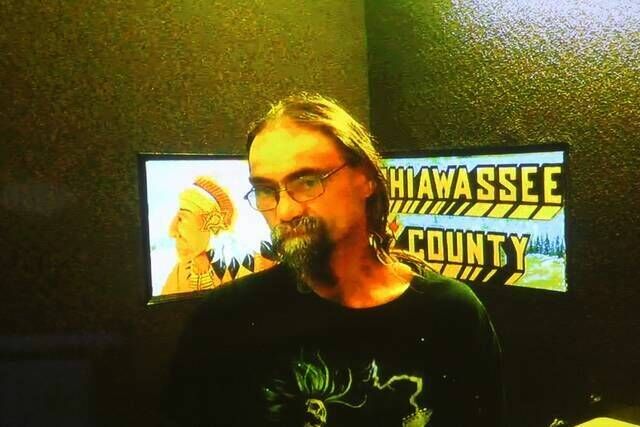 Eric Boylan is shown on a TV monitor during his May arraignment in 66th District Court. 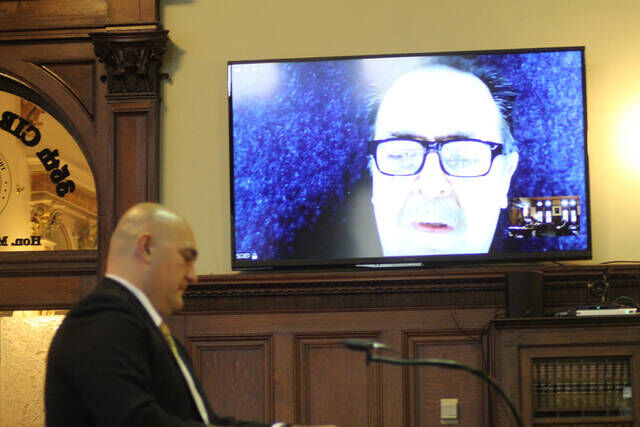 Jeffrey Funsch is shown on a TV monitor during a plea hearing Wednesday in 35th Circuit Court. Defense attorney Robert Hinojosa is at left.

Eric Boylan is shown on a TV monitor during his May arraignment in 66th District Court.

Jeffrey Funsch is shown on a TV monitor during a plea hearing Wednesday in 35th Circuit Court. Defense attorney Robert Hinojosa is at left.

CORUNNA — A Vestaburg man charged with sexually trafficking a girl was set to plead guilty to a reduced child abuse charge Wednesday in 35th Circuit Court, but Judge Matthew Stewart refused to accept the man’s plea, and the case is, at least for now, slated for trial starting Tuesday.

Jeffrey Funsch, 60, was charged in May with felony human trafficking and accosting a child for immoral purposes for allegedly offering the girl for money to another man, who allegedly paid to have sex with the girl.

The Argus-Press does not typically identify victims of sexual assault.

As part of a proposed plea agreement, the Shiawassee County Prosecutor’s Office agreed to dismiss the felony charges and allow Funsch to instead plead guilty to second-degree child abuse.

Wednesday, Funsch testified that he took the then-14-year-old girl to the home of Eric Boylan, 45, of Woodhull Township. Funsch said he was there to look at a recreational vehicle that was for sale, and went out to his truck, smoked a cigarette and came back inside the pole barn where the RV was parked.

He claimed that he had no idea the girl had sex with Boylan, and denied he arranged the sexual encounter when questioned by Stewart.

“No, I was hoping she would just talk to (Boylan) like she said,” Funsch answered, but acknowledged there was “a possibility” the girl had sex with Boylan.

Stewart wouldn’t accept Funsch’s plea, since the defendant denied any knowledge of arranging the alleged encounter or accepting payment from Boylan for sex with the girl.

“We don’t have a plea. I can’t accept a plea from you unless it’s understanding and accurate,” Stewart said. “I don’t have any of these elements met here this afternoon.”

Additionally, as part of a proposed plea agreement, Funsch would be required to “provide truthful testimony” against Boylan.

If convicted of some or all of those charges, Boylan faces up to life in prison.