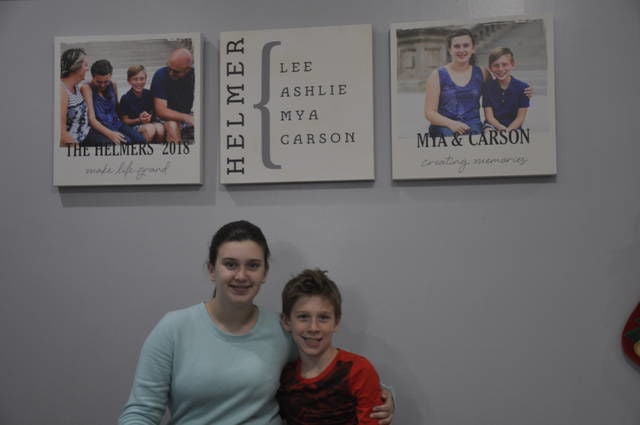 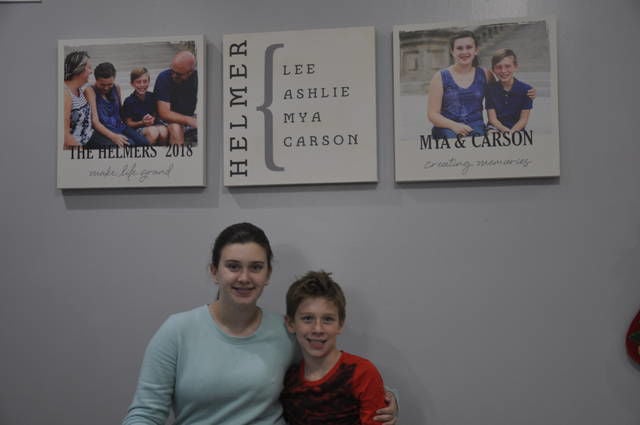 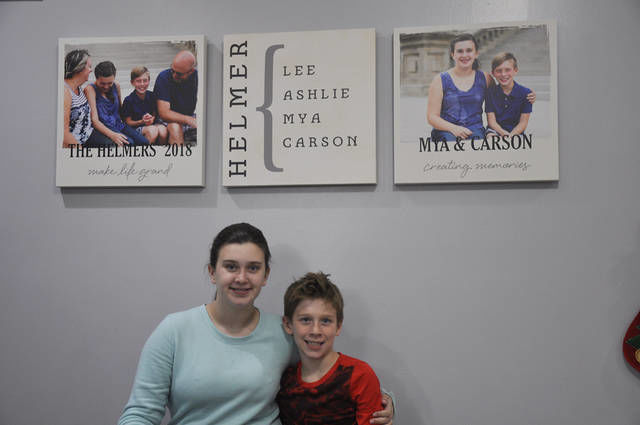 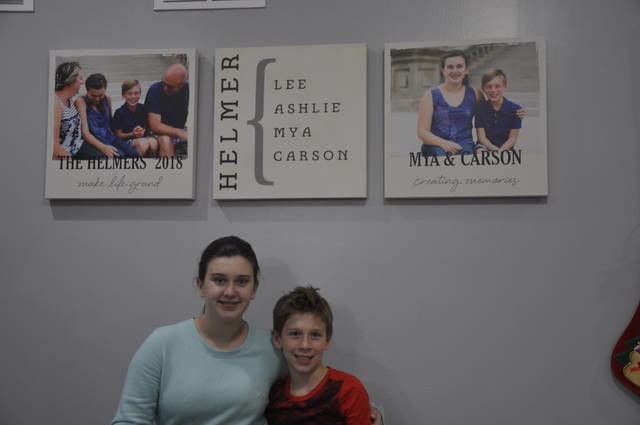 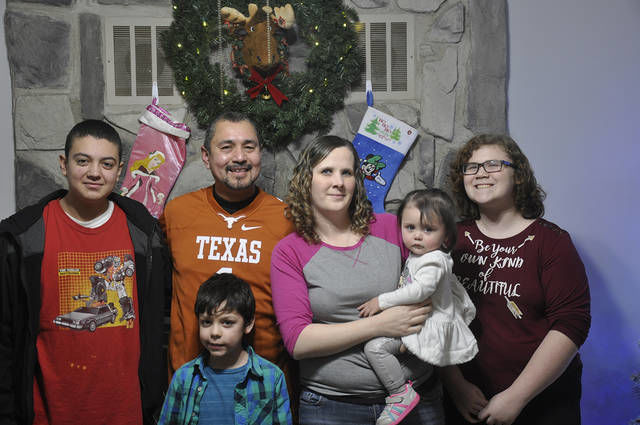 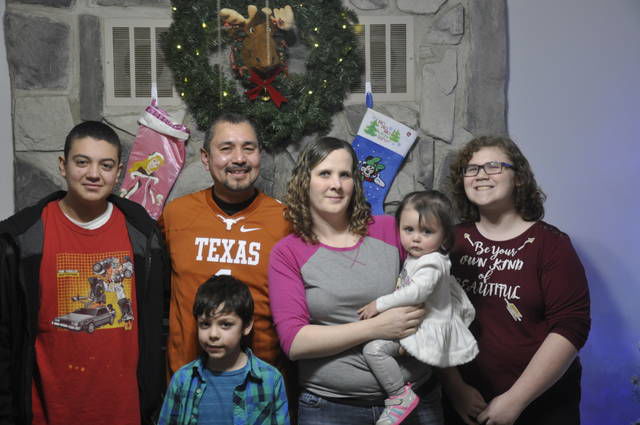 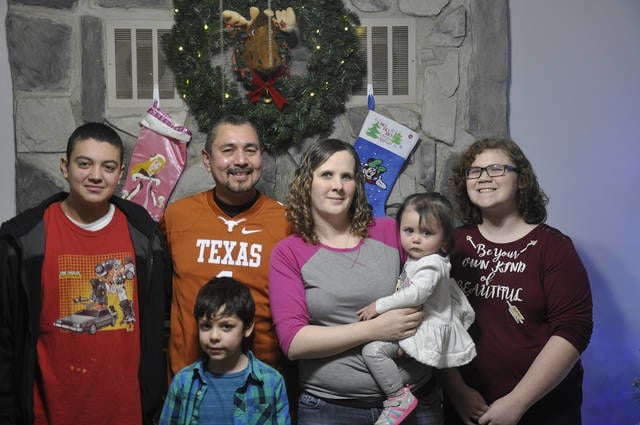 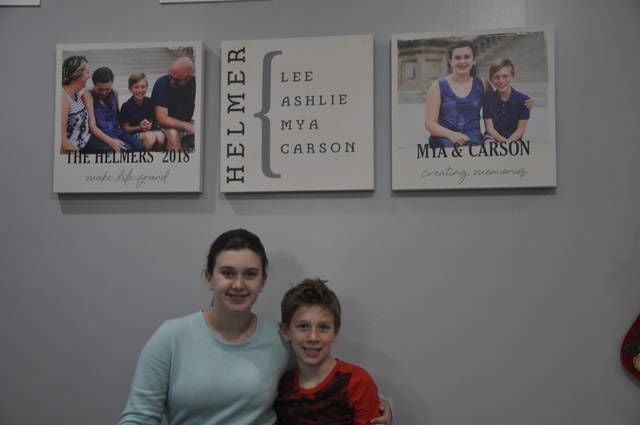 Seen here are Mya, at left, and Carson Helmer, at right. 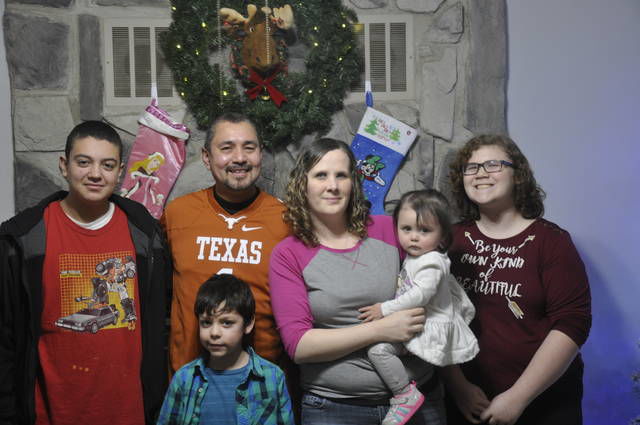 Seen here, from left, are Nathan Armando, Josiah, Tabbi, Abianna and Gabbi Rodriguez at their home in Ovid.

OVID — Two local families had prematurely-born children, and thanks to the Ronald McDonald House of Mid-Michigan charity, they were able to have lodging in Lansing when the kids were in the neo-natal intensive care unit, and their kids are now healthy and growing like other children.

Michelle Weinfeld, Ronald McDonald House Community Outreach Coordinator, spoke about the reach that an organization such as hers has, and the impact it has on people’s lives.

“The (Ronald McDonald) House has been open since June 2000,” Weinfeld said. “Shiawassee County is one of highest referral areas nationwide. We try to help and be out in the community as much as we can. We are a home away from home for these families. We want to provide a place for children who have to go to hospitals and other clinics. We want to provide a home-type environment for these kids.”

Weinfeld says that for most families who are involved, the charity helps with almost anything, such as neo-natal intensive care or outpatient dental procedures — anything that requires families to travel for medical procedures.

“We are a part of global network,” Weinfeld added. “In Michigan we have branches in Lansing, Grand Rapids, Ann Arbor and Detroit. We are a charity, and we’re classified as a 501 (3c), so all our branches are nonprofits. We have over 300 houses worldwide, all over the place. We serve over 100 families a year in Michigan…It has been an absolute joy for the staff to be able to reconnect with each family since they have gone home.”

Abianna, daughter of Armando and Tabbi Rodriguez, of Ovid, was born prematurely, and at first had trouble breathing and eating.

“She was a 33-weeker,” Tabbi Rodriguez said. “We were supposed to deliver in Owosso. But I had a high blood pressure issue, and Sparrow called and said I needed to be there that day. I was there for a week. Since we lived all the way here, one of the nurses called over to the House for us, and we got hooked up with them that way.”

“She needed to learn to eat and breathe,” Tabbi Rodriguez said. “She had events, like sleep apnea, but she was awake for them. Once she stopped breathing in my arms, about three weeks after she was born.”

“She does not like to sleep,” Tabbi Rodriguez added. “She wakes up and wants to play sometimes. She’ll dance around when she wakes up.”

Abianna is now a healthy and absolutely adorable two-year-old, and her parents say that she’s full of energy and eats an amazing amount of food.

“She eats like a monster,” Armando Rodriguez said. “She’ll eat anything.”

“Nice people that work there,” he added. “They schedule different people from different places every week that come and cook there. We didn’t have time to come home and cook and stuff like that, because of the situation we were in. We talked to and made friends with a lot of people there. It’s a very convenient place, and they helped us a lot. I’d recommend them to anyone.”

Abianna has two older brothers and a sister, Josiah, Nathan and Gabbi.

Lee and Ashlie Helmer, of Ovid, have two children, Mya (12; today is her birthday) and Carson (8).

Mya and her brother Carson were also born prematurely. Mya had problems eating, and Carson had breathing issues.

Ashlie was in Sparrow Hospital in Lansing when Mya was born at 34 weeks, and she only weighed 4 lbs. 6 oz.

“She was really healthy,” Ashlie Helmer said. “She was just really small.”

“(Ronald McDonald House) knew we were half an hour, 45 minutes away from home,” Helmer said. “I was at the hospital for a week before I even had her. We weren’t prepared for any of it, because it was our first baby…We were able to stay in Lansing for the two weeks I was in the hospital.”

Helmer said that she’s grateful that she didn’t have to miss anything for her daughter’s birth, thanks to the Ronald McDonald House providing lodging near the hospital that Mya was in.

Mya is now 5-foot-7 and very healthy, Helmer said. She’s a “farm girl,” according to her mother, and enjoys riding horses and raising goats.

Carson was also born at 34 weeks, and he had a lot of medical challenges.

“Carson didn’t really get well until he was about five,” Ashlie Helmer said. “He’s had a lot of issues along the way. He contracts issues, like a normal person gets a cold, and he gets complications on top of it, and it makes it a lot worse. He was 4 lbs. 15 oz.”

Carson still has health issues from time to time, but he is certainly a ball of energy, and appears to enjoy antagonizing his sister.

“She (Ashlie) couldn’t drive after she gave birth,” Lee Helmer said. “She had a C-section. So it provided us a place to stay. They provided all the meals and dinners. We took Mya home on Christmas Eve. We left there with a whole basket: turkey, ham and blankets. We hadn’t been home for almost three weeks.”

“Both kids have been on medication for most of ther lives,” Ashlie Helmer said, “but everything is pretty controlled now.”

The Helmers also guest hosted a 5K run at Delta Dental in March and were invited to speak on the radio. Lee and the kids also did the official countdown to start the race.

Additionally, the family has done charity work for Ronald McDonald House. This year, their fifth, they filled up 100 totes with donated gifts and delivered them to the McDonald House for Christmas.

“(Ronald McDonald House) means the world to us,” Ashlie Helmer said. “Because they just changed everything.”