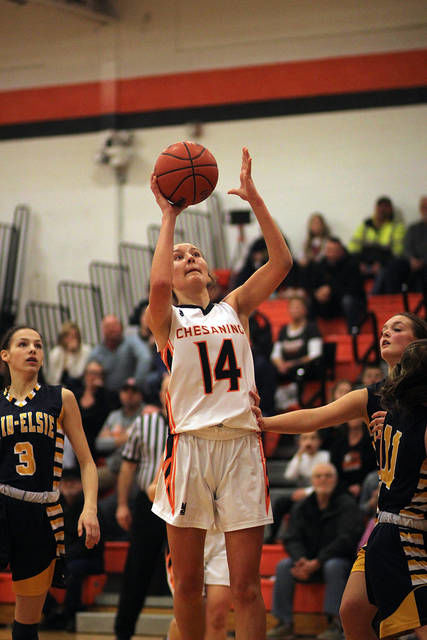 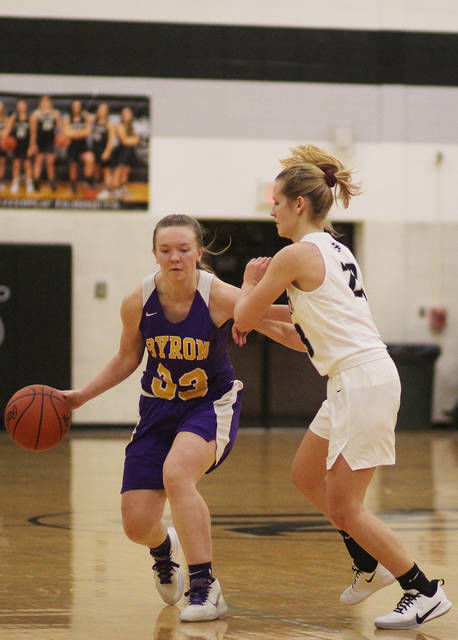 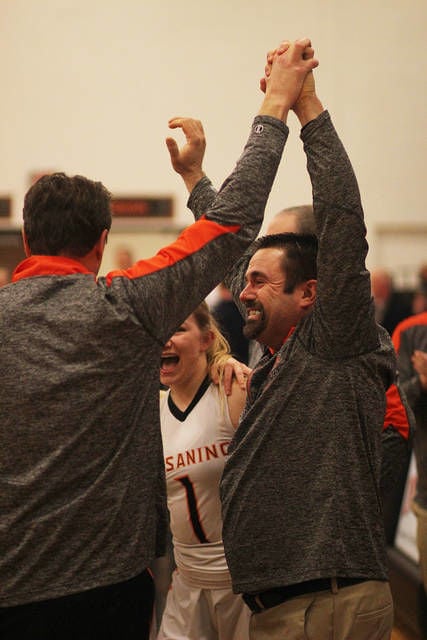 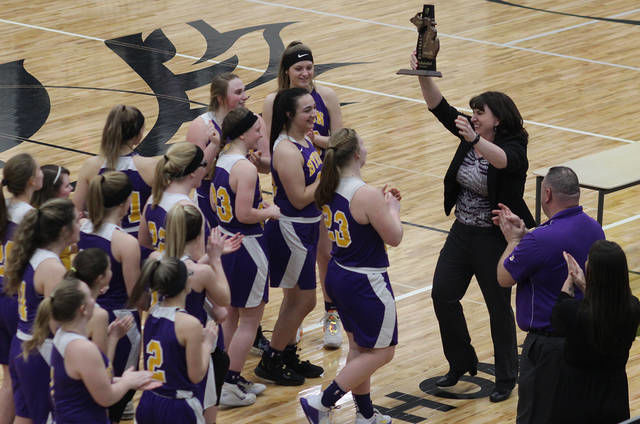 OWOSSO — Chesaning and Byron will try to keep their seasons going tonight with a pair of girls regional semifinal basketball games.

The winner advances to Thursday’s 6:30 p.m. regional finals against Jackson Lumen Christi (9-14) or Michigan Center (19-3), which play in the early game.

Chesaning and Freeland both have had emotionally charged roads to getting this far.

Chesaning won its first district title since 2009 Friday, overcoming an 11-2 first-quarter deficit against Ovid-Elsie. The Indians, banking on their pressing and trapping defense, were able to hold the Marauders to a total of 15 points in the next three quarters en route to a 44-26 victory.

Chesaning had dedicated its season in memory of the late Duane Ferry, the father of Chesaning head coach Ryan Ferry. Ryan Ferry also said the team has also been supporting one of its biggest fans — young Millee Danek, who has been battling leukemia and who got to share in the team’s district-title winning celebration Friday.

Danek was diagnosed with her illness in February of 2019 as a 3-year old, according to the Facebook page of “Mighty Millie and her Warriors.”

It was an emotional scene when Chesaning celebrated its district championship. Ryan Ferry was holding off tears while being hugged by Chesaning fans and later the young Danek sharing in the victory celebration with players.

“We did a fundraiser for her last year and, as she was going through chemo, she followed us the whole season,” Ferry said. “Her mom contacted us (Friday) and they said her appointment went well and she would be able to come to see us. She talked to my team before the game and it inspired them.”

Freeland has come together through tragedy this season. The Falcons’ head coach, Tom Zolinski, died unexpectedly 11 days before the season started. Matt Hirschenberger took over and led the team to 19 wins.

The Falcons, who started the season 2-3, are led by senior guard Kadyn Blanchard, who scored 28 points in a 64-38 district title win over Bay City John Glenn at Carrollton.

“Frankenmuth is a good team and Blanchard is a solid player, who has good range and can also score inside,” Ferry said. “The game will come down to defense and execution.”

The Eagles take on a Bronson team which defeated Quincy 31-26 in the district finals.

“In the playoffs, anyone can beat anyone,” Marvin said. “We just need to continue to play our style of basketball and take care of all the little things — rebounding, contesting shots and finding the open teammate.”

Marvin said the regionals, with its increased pressure and attention, are a bigger stage and her team is experiencing something new.

“This is unchartered territory for us and so we’ll focus on having fun and enjoying this experience,” Marvin said. “Our team plays best when they are having fun and we hope to be having a lot of fun for two more weeks.”