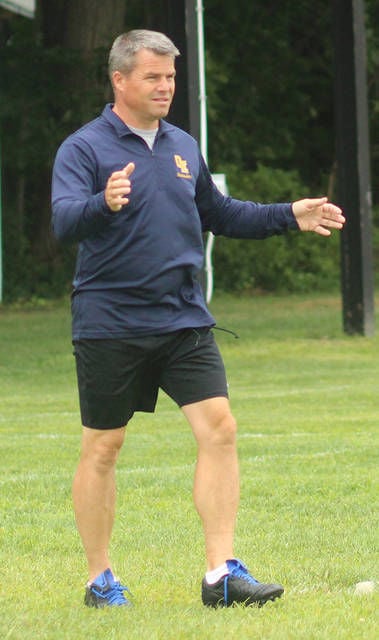 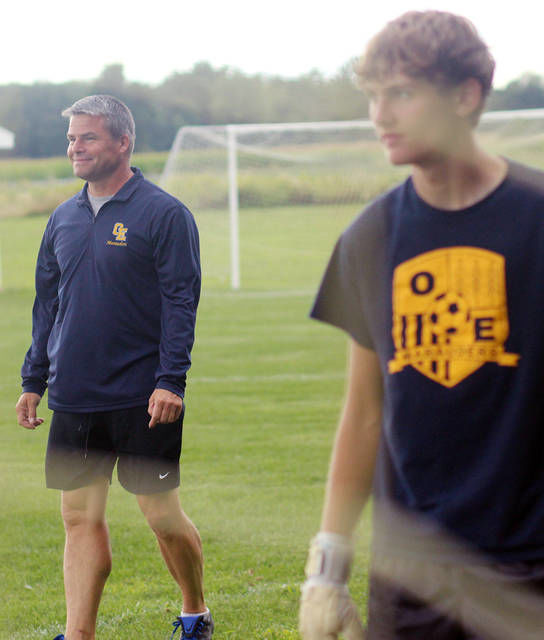 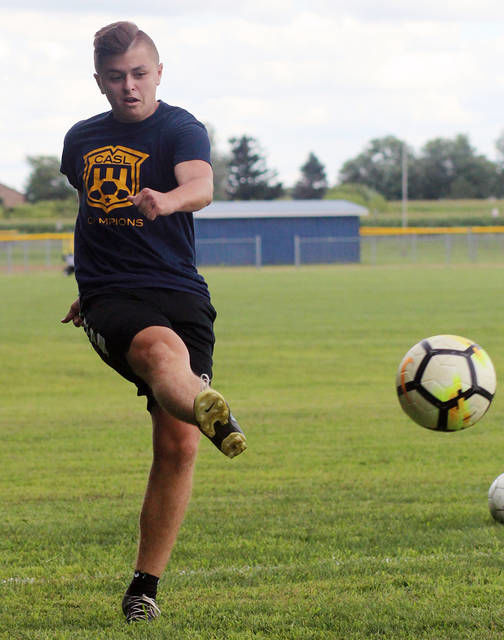 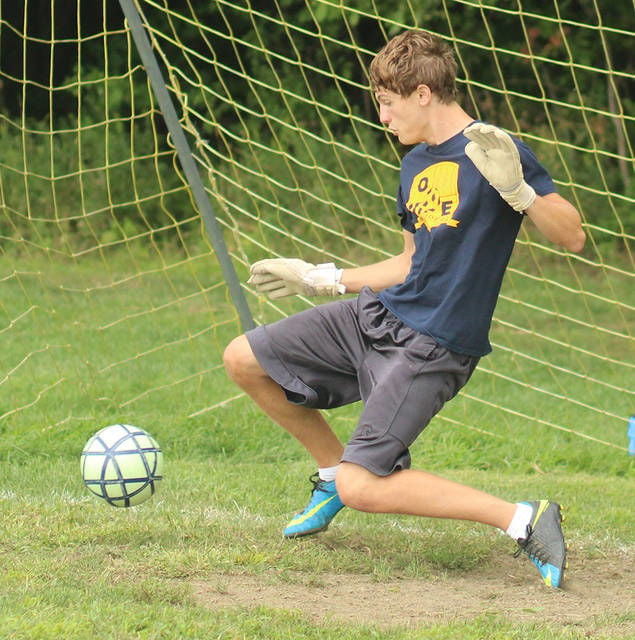 ELSIE — Chris Parker has stepped down as Ovid-Elsie’s boys soccer coach after leading the Marauders for the past seven seasons — the last three of which netted league championships.

Fluharty said he’s ready for the new challenge and it appears he is right. Ovid-Elsie began the season with a 5-1 record — including a victory over Byron in a early-season MMAC showdown.

“We think we’re going to be really competitive in the league,” Fluharty said. “We’re young. We’ve lost a lot of seniors. But with our experience we still should be competitive. We played Byron early in the season and got a 4-3 victory over them. That’s a tough game but it was a fun game.”

Fluharty became a varsity assistant last year, but has been involved for a long time with the Ovid-Elsie Soccer Club, he said.

Among the seniors who graduated last spring were Chris Zruna, who led the area in scoring with a single-season school record 48 goals and was named The Argus-Press Boys Soccer Player of the Year. Zruna graduated with 92 career goals, second-best in school history.

Fluharty said the Marauders will also miss Grant Thornton and Chase Cabral off last year’s team as it takes on a tough league slate.

“Typically it’s Byron, Montrose, us and Durand has had some pretty strong years too,” Fluharty said. “Byron and Durand played in a tournament this year and it was 0-0 game that went into a shootout. We played Byron and won 4-3, so a close game. I think it’s going to be very competitive.”

The Marauders do return Cal Byrnes, a junior striker, who was an honorable mention All-Area player a year ago. Other key returners are Colin Fluharty, a sophomore, Ethan Byrnes, a senior midfielder, Nate Reser, a junior goalie, and Cam Cuthbert, a junior midfielder.

“This year’s team reminds me of the seventh grade,” Colin Fluharty said. “On that team, a lot of the players were eighth-graders and we did really good that year. And I feel we’re going to do pretty good this year as well.”

Cal Byrnes said the goal is the same this fall as last. Byrnes, who scored 13 goals a year ago, said his role may be bigger as a goal scorer.

“We’re just going to play more team-wise and we’re going to make sure that we spread the field and get our passes going through,” Byrnes said. “Because we all just have to find one person. And if we have an open shot, take it.”

Outlook: Matthew Williams was an honorable mention All-Stater in 2018 after scoring 31 goals with 14 assists as a sophomore. An early-season loss to Ovid-Elsie, which shared the league title with Byron last year, has not deterred the team’s determination, said head coach Greg Williams. “We expect to be competing for the MMAC championship and make a good push in the post season.”

Outlook: Corunna opened the season at 1-5 and 0-2 in the Flint Metro League. The Cavaliers have just four seniors on this fall’s squad, but Golab said the team has battled in every contest so far, with goalie Conklin and center back Andrejack playing well.

Outlook: Ptasnik said Chesaning has some good experience back and hopes that translates into more victories in 2019. “We have a majority of returning starters with one of the girls from last year, Haylei Drope. I believe she will do well this season with a little more experience.” Schroeder was the team’s leading scorer and assists player last season. Willing has solid foot skills and Williams is back at keeper.

Outlook: Durand must replace Dylan Freier, who graduated last season after recording 23 goals and 10 assists a year ago. Hensel said the team will continue to be strong. “We look to contend in the MMAC in the mix for the top spot,” the coach said via email. “Our schedule has a couple of nonconference games that will challenge the team. We look to finish the season with as many or more wins as last year.”

Outlook: Laingsburg reached the Division 3 district championship game last season but fell to Lake Fenton 2-1 after taking an early 1-0 lead. “We have a good blend of experienced players and new players,” Lockwood said. “We are looking to build each day in practice and in games. We are looking to compete for a district title this year.”

Outlook: Perry is a young squad still finding its way, according to Ryan. “We lost 10 players from last year and we’re a young team led by Bogner. We’re looking to get better every game.”