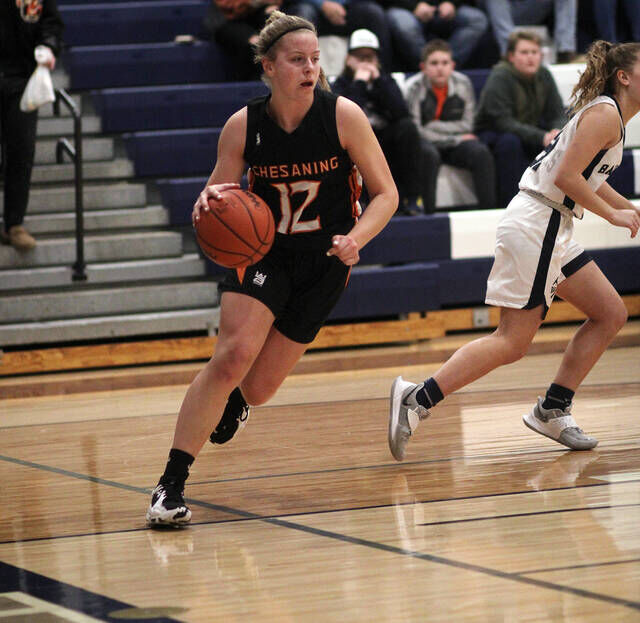 Chesaning sophomore Ava Devereaux, left, pulls down a defensive rebound and starts a first-half fastbreak Friday at Durand. The Indians defeated the Railroaders, 42-33. 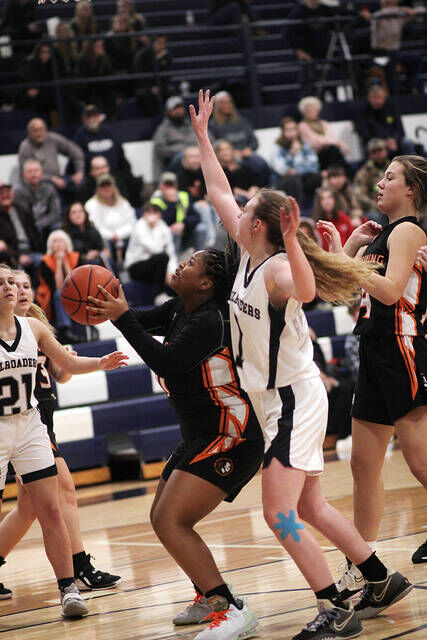 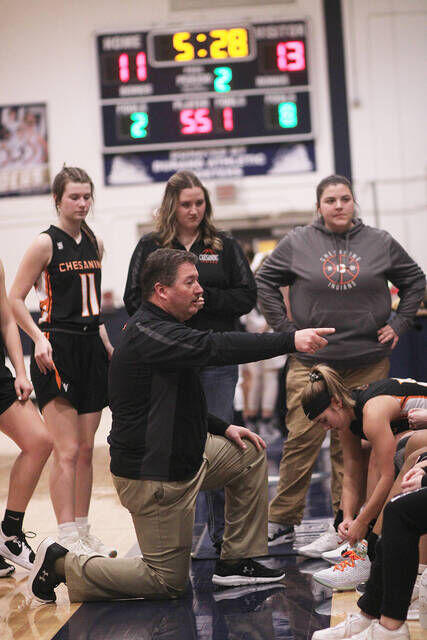 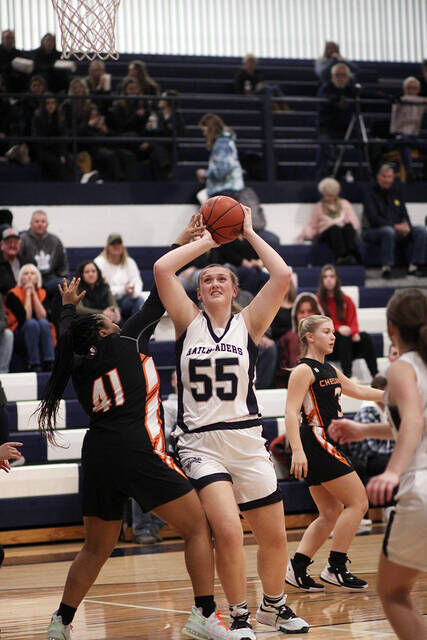 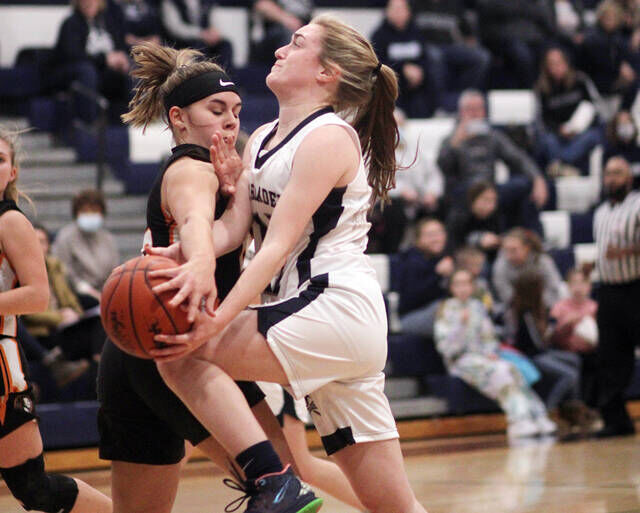 Durand freshman Izzy Konesny, right, drives against the defense of Chesaning’s Kennedy McAlpine, left, in the first half Friday at Durand.

Chesaning sophomore Ava Devereaux, left, pulls down a defensive rebound and starts a first-half fastbreak Friday at Durand. The Indians defeated the Railroaders, 42-33.

Durand freshman Izzy Konesny, right, drives against the defense of Chesaning’s Kennedy McAlpine, left, in the first half Friday at Durand.

DURAND — Chesaning paid back Durand, 42-33, with a spirited defensive performance Friday that kept the Indians in the thick of the Mid-Michigan Activities Conference race.

The Indians, stretching their winning streak to five games, atoned for a 38-32 Dec. 14 loss to the Indians home. This time, Chesaning used a box-one defense on Durand standout Jordyn Lawrence and it helped the Indians improve, according to Chesaning head coach Steve Keck.

Lawrence, who was trailed all night long by Chesaning defender Avery Butcher, was limited to six points after torching the Indians for 23 in the first matchup.

“Basically, the first time we played her, she (Lawrence) scored a bunch of points and we didn’t want that to happen again,” Butcher said. “Our job was to shut her down, get in her head and in (Jessica Winslow’s) head. And we did that and worked well as a team to do that.”

Chesaning (7-2 and 5-1) led 18-17 at halftime and 28-24 after three quarters, then finished off Durand with a 14-9 scoring advantage in the fourth. Chesaning’s senior guard Kennedy McAlpine scored 13 points with three 3-pointers and two assists.

“I had some good assists from my teammates and we moved the ball around,” McAlpine said. “This feels really good.”

“I think we played awesome as a team and I think Avery did an awesome job shutting down (Lawrence),” Skaryd said. “All in all, I think we played really good defense tonight. This is a major win because this puts us up there now, second place (in the MMAC).”

Winslow, Durand’s 6-foot-4 senior center, scored 11 points, with 13 rebounds and four blocks. However, she was held to just two points in the second half. Izzy Konesny scored eight points with five steals for Durand.

“Their game plan on us was the same tonight as Byron’s was on Tuesday — try to take Jordyn away,” Inman said. “And Tuesday (a 61-17 win) our whole team scored and Jordyn was like the third leading scorer and it didn’t matter. Tonight, they took Jordyn away, Izzy (Konesny) still did things, Jessica (Winslow) still scored and Sydney (Leydig) still scored, but there were long stretches in the game where our leading scorer never touched the ball. That can’t happen. Chesaning hasn’t lost since we beat them in December. We watched every single game since we played them and they played totally different tonight.”

Ovid-Elsie (7-0, 4-0) remains on top of the league standings, but has had its past two games canceled due to COVID-19 issues. The Indians and the Marauders meet Jan. 25 at Ovid-Elsie and Feb. 4 at Chesaning.

O-E is next scheduled to play Jan. 18 at home against Byron.