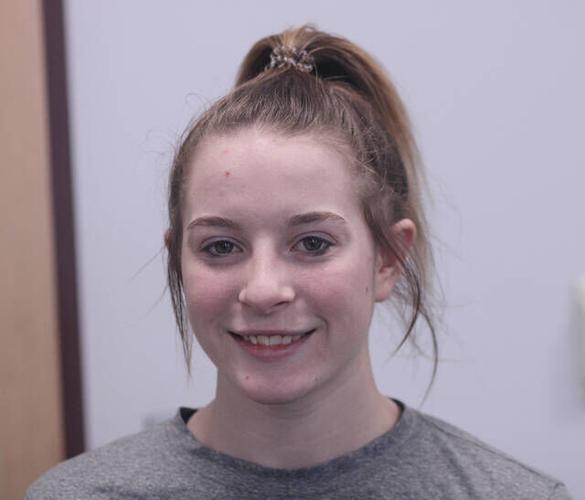 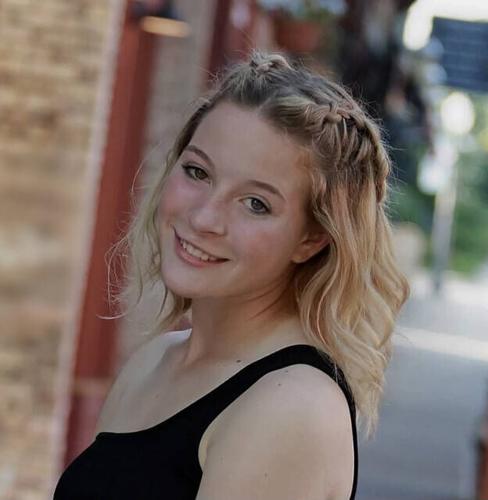 LAINGSBURG — Laingsburg senior Gabby Motz is proof that wrestling is not just for the boys.

Motz went 3-1 on the day, defeating Mallory Floreno of Plymouth on a 1:10 pin, Zionah Gardner of Homer 10-7 and Elena Gassner of Chippewa Valley 9-8 in the state semifinals.

Motz, who will continue her wrestling career at Albion College, has also competed against the boys as a member of the Laingsburg team. Combining all of her high school victories against both boys and girls, she entered the state meet with 99 career victories.

That meant her first victory in Detroit held special significance.

“It was sort of really important that I won my first match — just to get my 100th win at the state tournament,” Motz said. “And I ended up pinning her in the first period with a wing, a move I don’t particular get often.”

Laingsburg wrestling coach Shawn Baynes said Motz’s growth as a wrestler was not an easy one. She had to go through a journey of confidence, he said.

“Before Gabby was able to place in every tournament, boys or girls, she had to take some losses first,” Baynes said. “Gabby started wrestling young, but had very little success in her early days of wrestling. However, each year she got better. Gabby’s strength comes from her perseverance. She never quits or complains and she never makes excuses. At Laingsburg, we have an award for student athletes who do not miss any practices during the season. We call it the “Iron Wolf Award.” Gabby has earned the Iron Wolf Award all four years of high school. Gabby has never missed a practice, ever.”

In her second match at Ford Field, Motz won by three points over Gardner, sending Motz into the state semifinals.

“The semifinals match was really, really important to me,” Motz said. “Obviously, it would be the first time that I went into the finals. And I was going up against a girl (Gassner) who had major decisioned me last time. She beat me by more than 10 points. I knew going into it, that was the match of the day. She was seeded first and took my No. 1 seeding away from me earlier in the season.”

Motz said it was a tie going into the final period, but Motz eventually won, 9-8, coming up a reversal and near-fall points.

“I let her get the reversal and just held her off at the end … It was crazy,” she said. “She wrestles nationally. And it’s the best feeling when I beat her.”

Motz remembered feeling fatigued yet determined to hold off Gassner in the final few moments.

“I was pretty tired and my only goal was to not get turned,” Motz said. “If I get turned, I’ll lose the match. I could just hear my mom (Angela Motz) and everyone cheering for me. I mean, it was awesome … It was definitely my biggest win of the season. I’ve had a few good wins against the boys, obviously. But beating someone who beat me earlier in the season and she was the regional champ, so it just felt great. And I knew I would be wrestling in the finals the next day.”

The next day, it was time for the state championship match. Motz hoped to be the aggressor against Thompson.

“I was really nervous leading up to it, obviously — as anyone would wrestling in the finals,” Motz said. “I knew I had to be very offensive and fast and I so I started out the match with a shot that didn’t go my way and I ended up giving her the shot.”

Motz said her initial reaction to the loss was disappointment, but then she looked back on the season as a whole as one she can feel proud of.

“I felt disappointed how it went — who wouldn’t?,” Motz said. “We all want to win first, but then I just kind of thought about the season I had and I can’t feel disappointed and how it turned out. This is the best season I’ve had record-wise, I hit 100 wins, I mean it was pretty much a perfect season.”

Motz finished this season with a 39-13 record, including matches against the boys. She had three top five-finishes at the MYWAY (Michigan Youth Wrestling Association) girls finals the previous three years. She was fourth as a freshman, third as a sophomore and fifth as a junior.

But wrestling at Ford Field is a moment she can cherish.

“Baynes is the one who has taught me all that I know,” Motz said. “He’s always had confidence in me, which is great.”

Motz has also competed in volleyball and softball at Laingsburg and participated in dance. Motz is in the school marching band as a member of the color guard. She is also in the concert band (bass clarinet), maintains a 3.5 GPA and is a member of National Honor Society.

She said she plans to study marketing in college.

Who are you planning to vote for in the District 28 State Senate race?