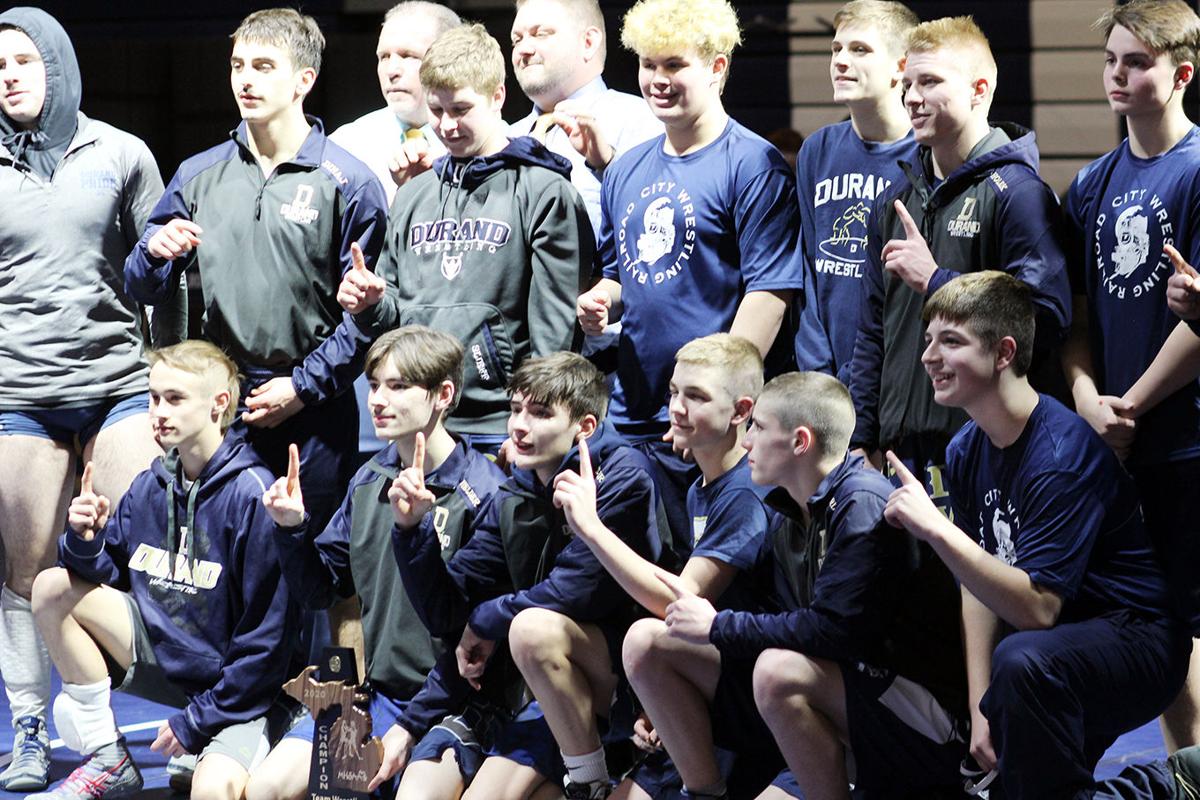 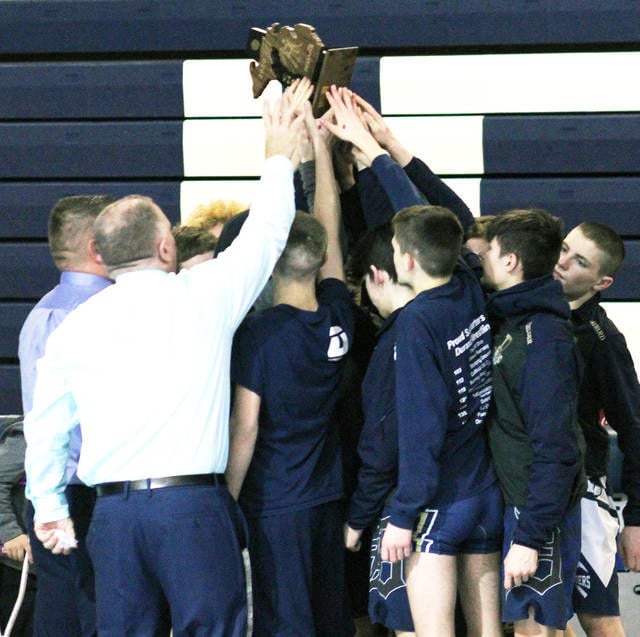 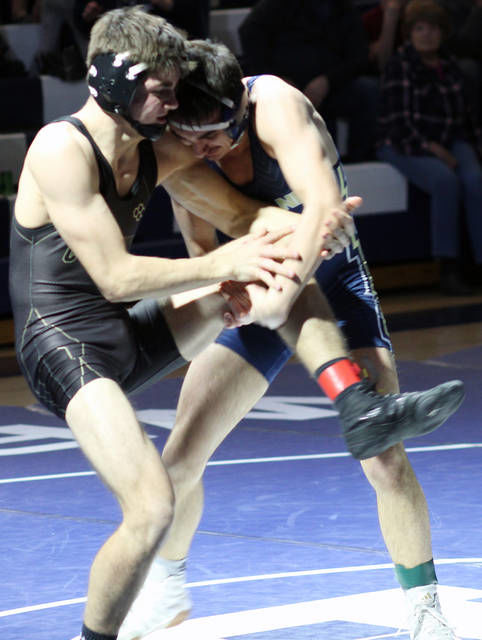 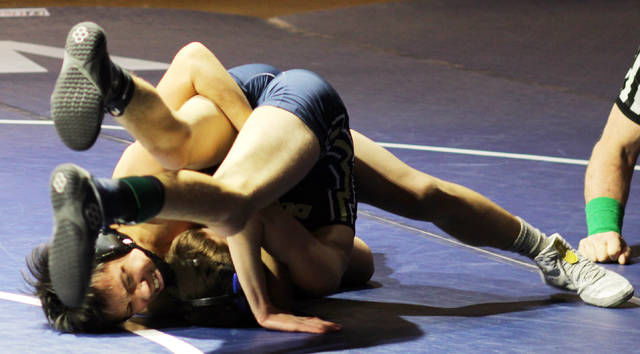 In the end, the Railroaders made all the right moves, winning 41-35 to capture the district title and return to regionals for the first time since 2012.

Taking home the championship proved to be no easy task.

“A lot of things fell in place for us this week,” Hittle said. “We had some guys come through (tonight); we had a lot of guys that just came back from injury come through. I’m really proud of my boys.”

The Railroaders will wrestle Alma, ranked No. 3 in Division 3 by Michigan Grappler, in next week’s team regionals.

Corunna’s Ty Anderson opened the district championship with a victory by fall in the 152 class over Bryce Benford to give the Cavs an early 6-0 lead. The Railroaders immediately responded at 160 with Leka Dinaj’s 8-4 win over Colin Lavey to cut the Corunna lead to three.

Durand lost senior Tracy Slieff to injury in the 171 bout following an illegal slam, but the Railroaders were able to make the most out of a bad situation.

“(Corunna) 171-pounder (Matt Weiss) is a good wrestler and in the upper weights we aren’t quite as strong as they are. When (Slieff) got slammed and that gave us six (points), that kind of swung (momentum) in our favor,” Hittle said.

That momentum carried Durand to a victory at 215 and a 15-12 lead, but Corunna heavyweight Zach Worthington got the Cavs back on track.

Worthington had the edge over Ethan Coburn for most of their match and ended up pinning him. Following the match, Coburn got up, cursed at Worthington before making an obscene gesture while still on the mat. Referees noticed and ejected Coburn, costing Durand a point, in addition to the six Worthington earned with the pin.

“Wrestling is such an emotional sport that you have to be involved with everybody so you tell your team, ‘Stay back let me handle it’,” Hittle said. “(Coburn) lost control and got ejected for it; as far as the team goes they know what happens, it’s not the first time they’ve seen someone ejected. And while we’ve got a very young team, they’re very mature.”

Following the ejection, the Cavs won two of the next three matches. But Durand’s ability to hang around paid off in the end. The Railroaders won at 119 on a decision, lost 125 by technical fall and sandwiched pins by Darrin Alward (130) and Brock Holek (140) around a Corunna void at 130 to seal the championship.

“Disappointed that we didn’t come out on top,” Cavs’ coach Dave Wibert said. “They wrestled hard and we did too, but they got the better of us tonight.”

Corunna freshmen Xavier Anderson said the loss boiled down to the Cavs’ execution — or lack thereof.

“I think (some) people simply weren’t here to wrestle and weren’t ready for it,” he said. “(They) thought it was going to be easy.”

Durand started the evening by cruising to a 72-9 victory over an undermanned Perry team. The Railroaders lost only the 125 match in the opening dual.

Wibert says the focus is now on the individual part of the postseason, which begins Saturday with districts.

“We can’t dwell on this, we’ve still got individual postseason to go and we’re going to move forward and focus on Saturday.”