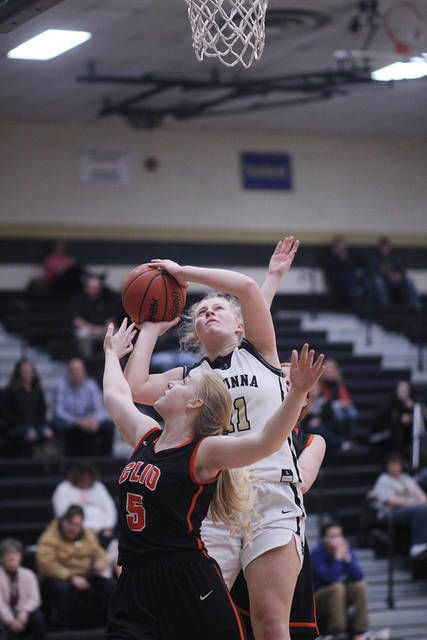 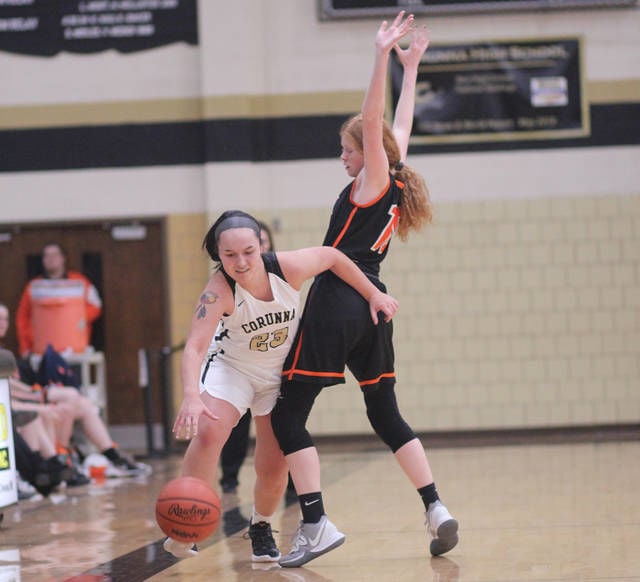 CORUNNA senior Ricki Cantu, left, dribbles the ball upcourt while being pressured by a Clio defender in the second half Friday at Corunna. 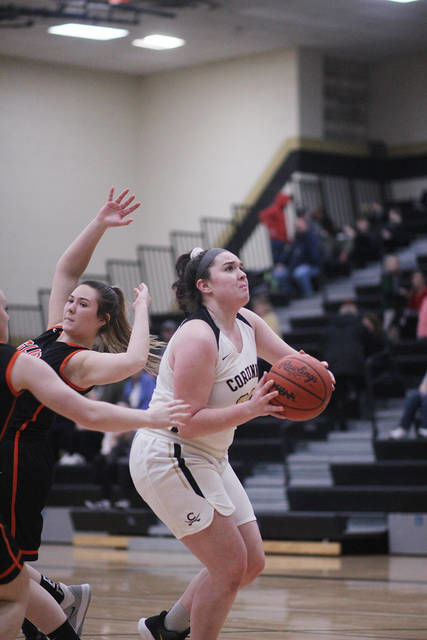 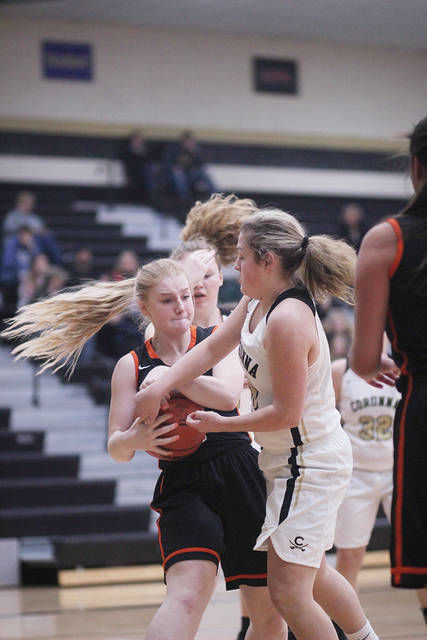 JENNA BAUMAN of Corunna, right, fights for possession of the ball against Clio Friday at Corunna. The Cavaliers won, 52-24.

CORUNNA senior Ricki Cantu, left, dribbles the ball upcourt while being pressured by a Clio defender in the second half Friday at Corunna.

JENNA BAUMAN of Corunna, right, fights for possession of the ball against Clio Friday at Corunna. The Cavaliers won, 52-24.

Toney scored 15 of her points in the second half. She praised the work of her teammates.

“I think we played as a team from the beginning,” Toney said. “That’s what we need to do more of. I think we’re really starting to connect. We’re a young team. So obviously next year, we’re going to have more experience. We’re playing together and it’s just a lot of fun.”

“All of us are encouraging each other on and off the court,” Gillett said. “We’re ready for the districts.”

Corunna built a 30-11 halftime advantage and was never threatened in the second half.

Joy Chatlain scored six points for Clio, shooting 6-for-6 from the line. The Mustangs fell to 1-16 overall and 1-7 in the Flint Metro Stars.

Corunna coach Ron Birchmeier the Cavs played team basketball and that’s something they have been learning how to do this season.

“It was a good team win and there was a lot of energy at the start and that energy carried through,” Birchmeier said. “They brought the energy in the beginning and it stayed the whole time. And it’s kind of like what it’s been like all season. Every day, we just try and get better.”

How serious do you think the COVID-19 pandemic is?