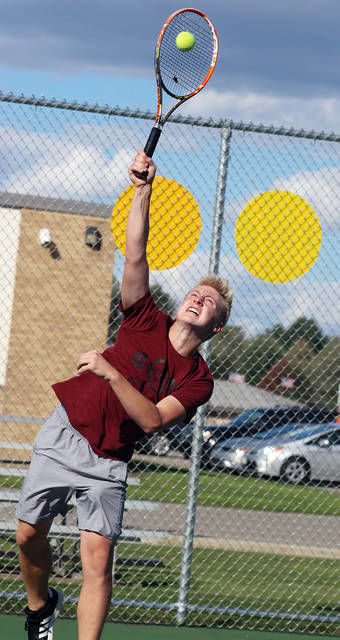 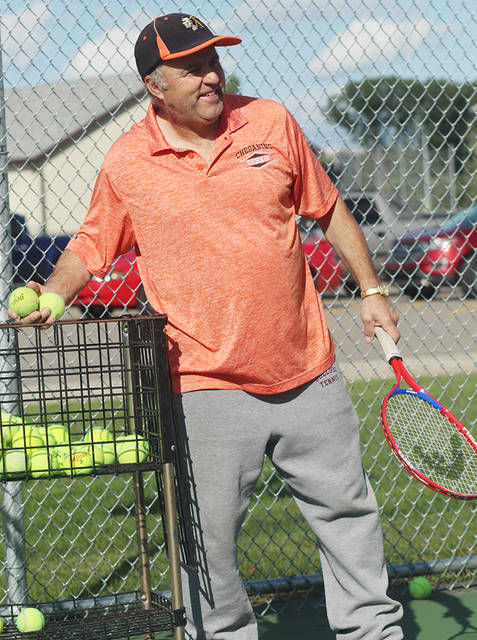 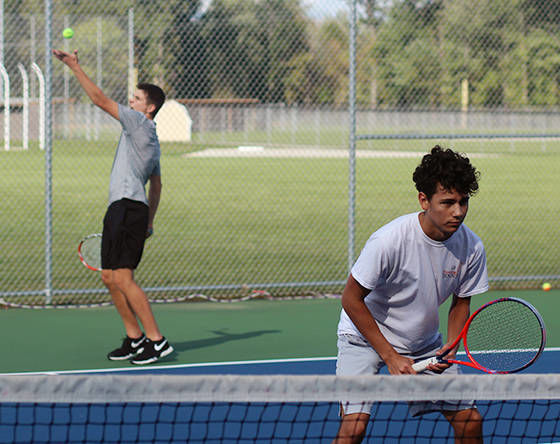 Gasper, now in his 20th season, believes his Indians have a good shot at making it six when Friday’s Division 4 boys tennis regional at Midland Tennis Center is over.

Chesaning is 8-4-3 this fall. With only three schools who field boys tennis teams in the Mid-Michigan Activities Conference, there was no MMAC competition this season, but Chesaning won the Owosso Quad and placed second at the Bullock Creek Tournament.

Garber won the regional title last season with Chesaning placing second along with two other schools — Frankenmuth and Hemlock.

Chesaning’s Kyle Rolfe has a 12-4 record at No. 2 singles for Chesaning and will be competing for a regional title. He placed second at regionals last fall at No. 4 singles.

“This year we want to obviously try to win it,” Rolfe said. “We have a strong team this year and another goal is definitely to qualify for states.”

Gasper said that doubles will play a significant factor. The Indians have three doubles team who could be seeded No. 1.

Rolfe said he hopes to win at least two matches — if not the whole thing.

“I want to win it all if possible,” he said. “This year I’ve improved my ground strokes a lot since last year and endurance as well.’”

Meder and Skaryd are also looking for good results.

“Last year, me and Jack struggled at regionals and that was our first year,” Meder said. “So this year, we’re hoping to come in hot and improve a lot from last year.”

Outlook: Owosso finished 1-7 in the Flint Metro League. Petoskey should be the favorite to win the regional title.

Outlook: Corunna fared 1-7 in the Flint Metro League, while Ovid-Elsie was 0-9-1 entering the week. Flint Powers, the defending regional champion, is the favorite again.

Outlook: Chesaning is vying for its sixth straight trip to the state finals and this tournament is pretty evenly matched between Chesaning, Frankenmuth and Garber being the likely frontrunners.