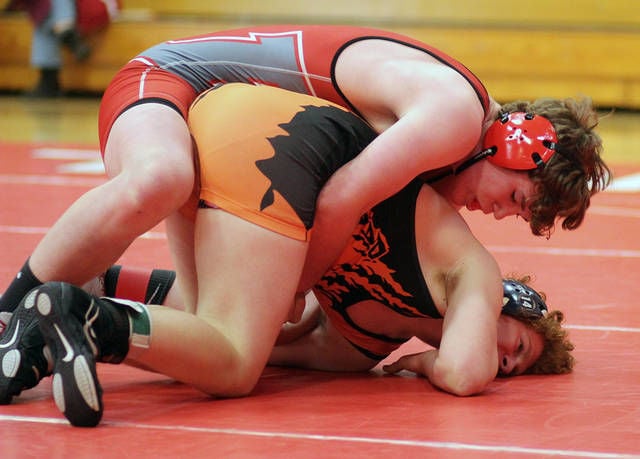 PERRY’S Andrew McConnell, top, is in control of his 189-pound match against Matthew Killinger of Stockbridge. McConnell pinned Killinger in 1 minute, 40 seconds in the final bout. 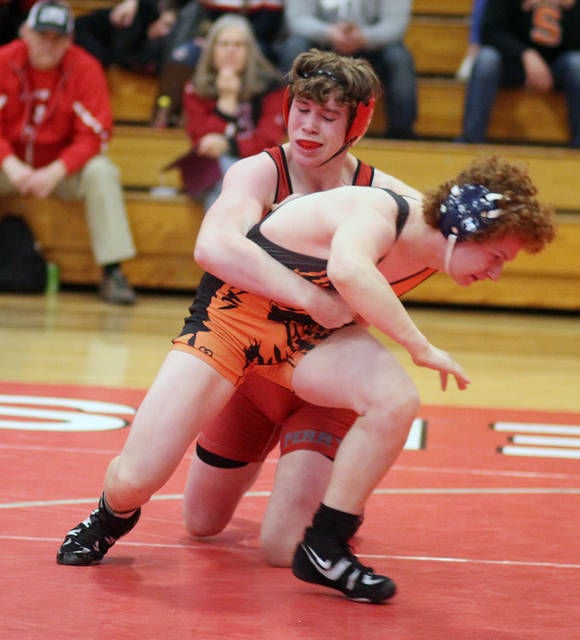 PERRY’S Andrew McConnell, left, is in control of his 189-pound match against Matthew Killinger of Stockbridge. 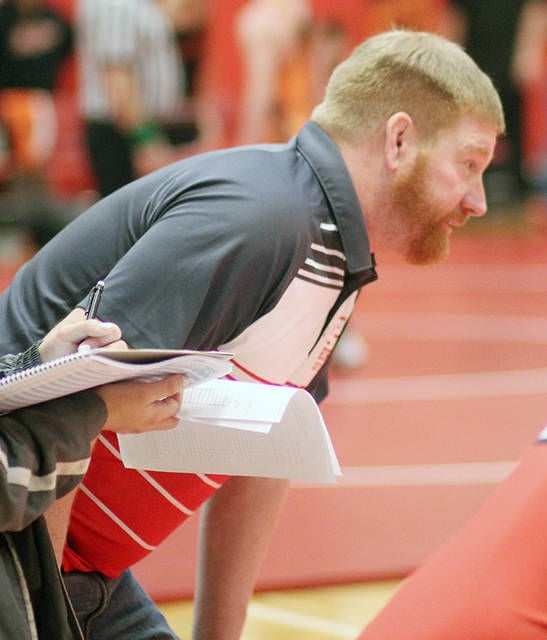 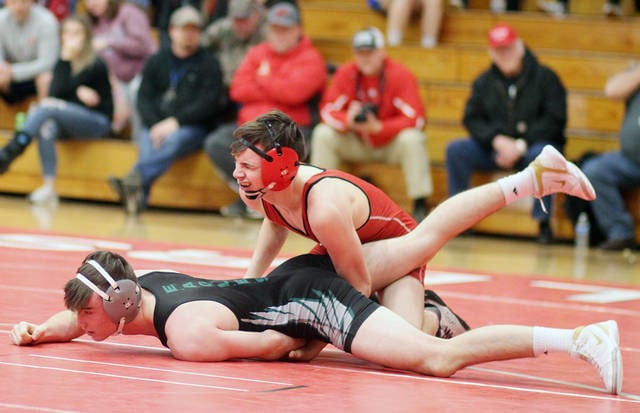 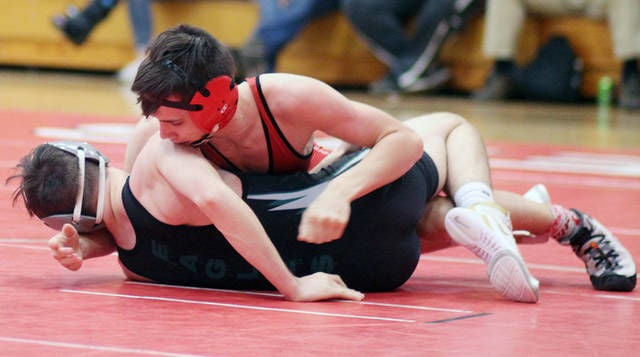 PERRY’S JACOB ORWELLER, top, tries for a pin against Olivet’s Brady Meyer during their 125-pound bout Wednesday at Perry.

PERRY’S Andrew McConnell, top, is in control of his 189-pound match against Matthew Killinger of Stockbridge. McConnell pinned Killinger in 1 minute, 40 seconds in the final bout.

PERRY’S Andrew McConnell, left, is in control of his 189-pound match against Matthew Killinger of Stockbridge.

PERRY’S JACOB ORWELLER, top, tries for a pin against Olivet’s Brady Meyer during their 125-pound bout Wednesday at Perry.

PERRY — Trailing Stockbridge 33-30 heading into the final match of the night, Perry 189-pounder Andrew McConnell listened to instructions from head coach Jason Spiess as he took the mat.

McConnell did not disappoint, pinning Matthew Killinger in 1 minute, 40 seconds as the Ramblers wrapped up a 36-33 victory — their first of the season in the Greater Lansing Athletic Conference.

“My job was to go out there and pin him and get six points … I grabbed his wrist and ran around his head and stuck him.” McConnell said. “I just want to keep a winning record throughout the season and then we’ll go from there,”

Perry pulled out the win despite not being able to fill five weight classes.

With the score tied at 30, Stockbridge went ahead by three after Damien Compton edged Nic Spiess 11-8 in the 171-pound match.

“I told our last two guys that neither could get pinned,” Spiess said. “One of them has to win and they did what they needed to do.”

“It was a big win for the team,” said Orweller, who owns the best record on the Perry squad at 13-4 — which includes 12 pins.

Orweller and Grooms both had two pins on the night for Perry.

“Orweller and McConnell are my top two wrestlers and Seth (Grooms) is coming up, he has a winning record,” Spiess said. “He’s had some tough matches, but Seth is on the rise.”

Perry ended the night with a 54-30 loss to Olivet and now sits 1-4 in the GLAC standings. Olivet won nine of the 14 bouts.

McConnell and Konopaska each won by void for the Ramblers.