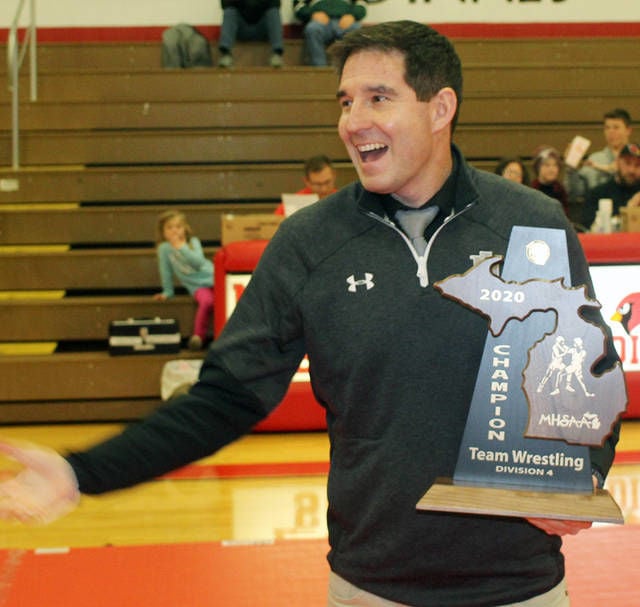 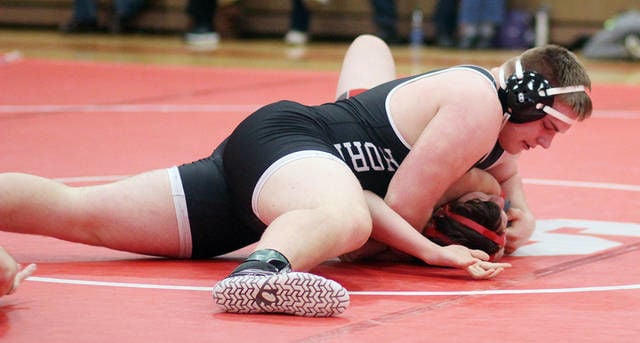 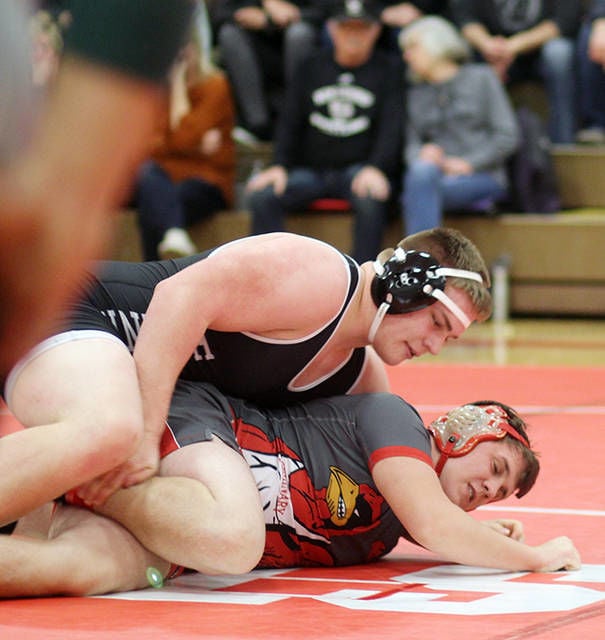 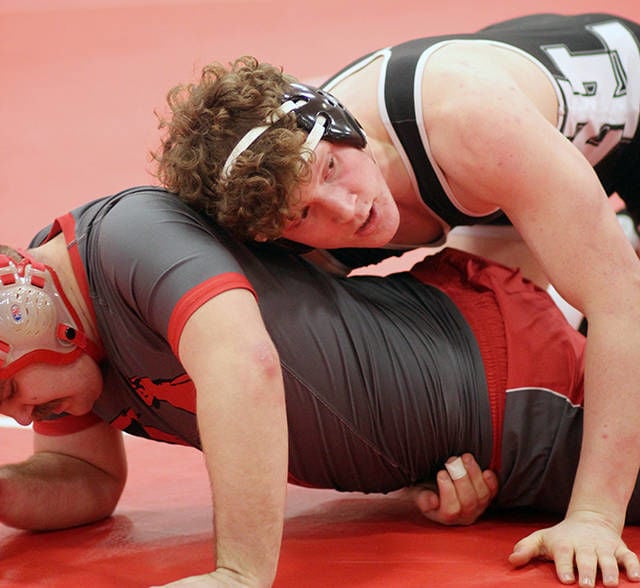 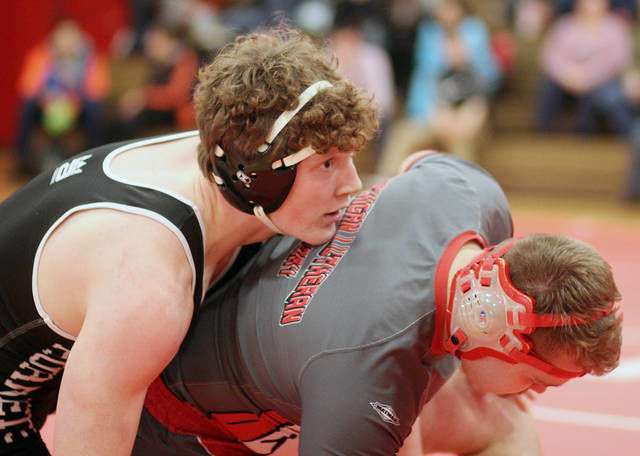 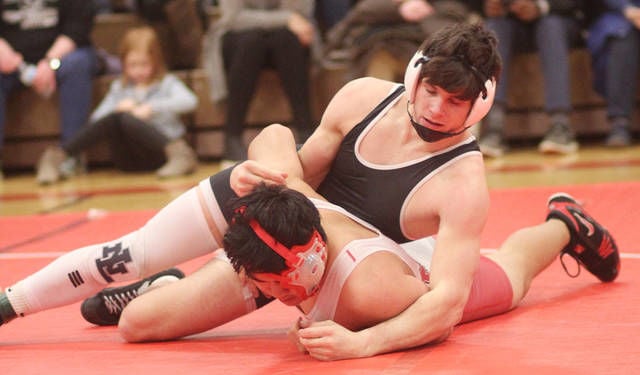 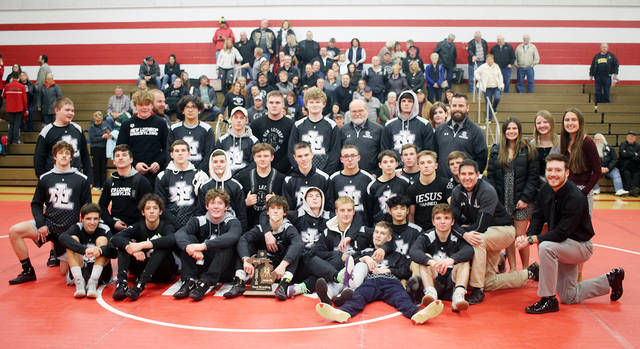 The Hornets won 69-6 over Valley Lutheran in the semifinals in front of a 67-6 victory against MLS. New Lothrop (22-1), ranked No. 2 in Division 4, will take on the winner of tonight’s district tournament in Cass City.

“We knew we were the favorites coming in, but sometimes that’s a battle in itself,” New Lothrop head coach Jeff Campbell said. “You’ve got to make sure you’re doing the little things right and we had a lot of guys in the lineup — some backups who are really good. They’re talented. And so we had the opportunity to get them some matches … Overall I think it was a successful night.”

The Hornets captured eight unopposed wins in the semifinals and received pin victories from Daven Lockwood (112 pounds), Will Craven (145) and Brady Birchmeier (215). Austin Barnette collected a 10-4 decision win at 160.

“We’re feeling good and we have a lot of good chemistry going on right now,” Barnette said. “We’re just hoping to end up on top.”

New Lothrop’s only loss in the finals was even a good effort, Campbell said. Brady Gross was pinned in 2:55 by Sully O’Brien at 160.

“He was wrestling a very talented kid,” Campbell said. “Brady didn’t win the match, but he wrestled his tail off.”

“We’ll be facing off against three full teams who have won their districts and we’ll have a busy week,” Campbell said. “We’ll be hosting an individual district tournament Saturday. So we’ll have to get ready for that as well.”

Orr, a junior who improved to 33-3, hopes the district trophy is just one of three the Hornets can win this postseason — the regional and state finals being the others.

“That’s definitely the goal — the state title,” Orr said. “I think we have a good enough team. We’re wrestling well right now and I think that this is all going to lead to a state title.”

Orr said some younger wrestlers are contributing to the team’s success this season.

Logan Wolford, a senior who stands 30-5 at 140 pounds, echoed those sentiments.

“I think our team is good enough to win (state),” Wolford said. “We just have to believe in ourselves.”