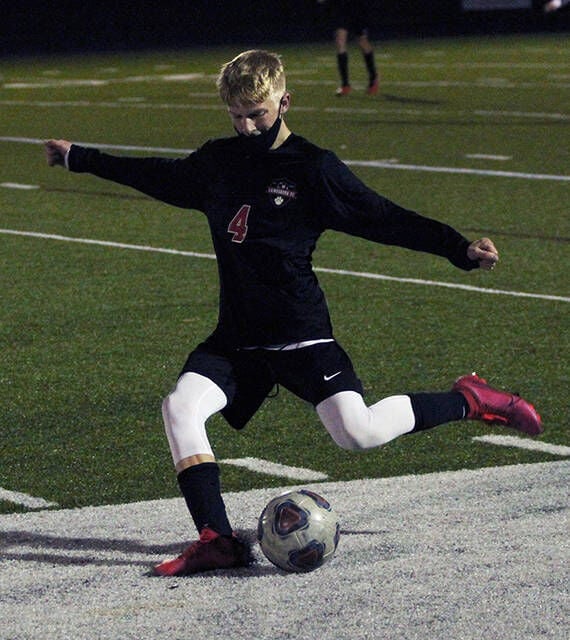 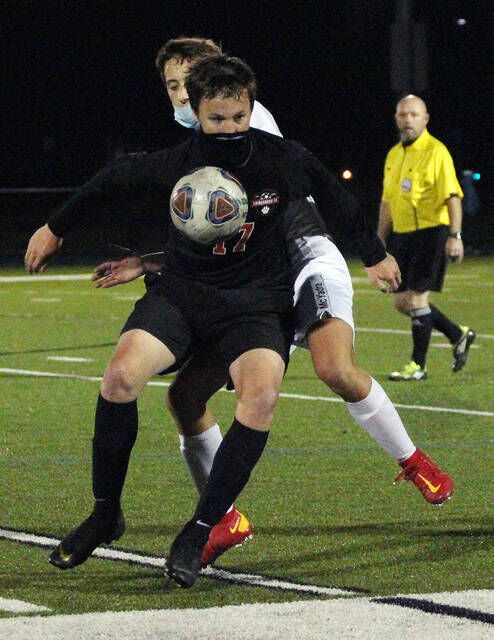 LAINGSBURG’S Dylan Hulliberger (17) stops the ball and tries to pivot against a Lansing Catholic defender Tuesday during a Division 3 district soccer semifinal at Lansing Catholic. The Cougars defeated the Wolfpack 1-0. 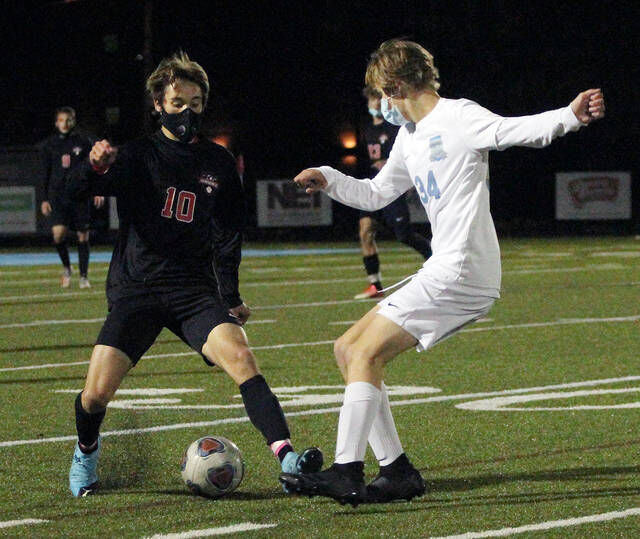 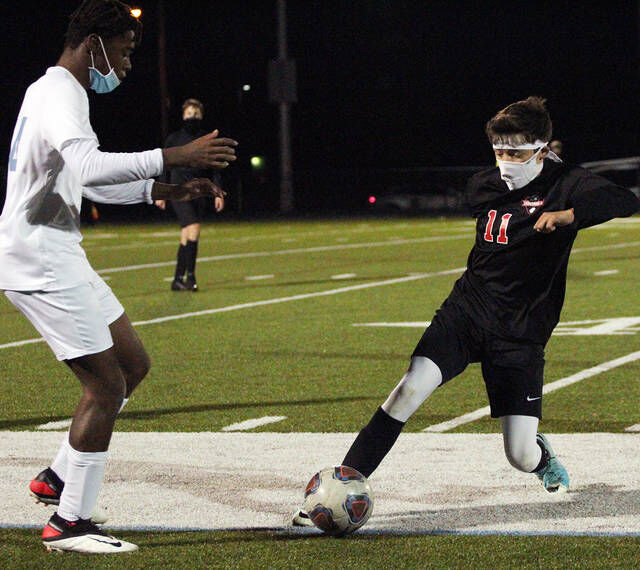 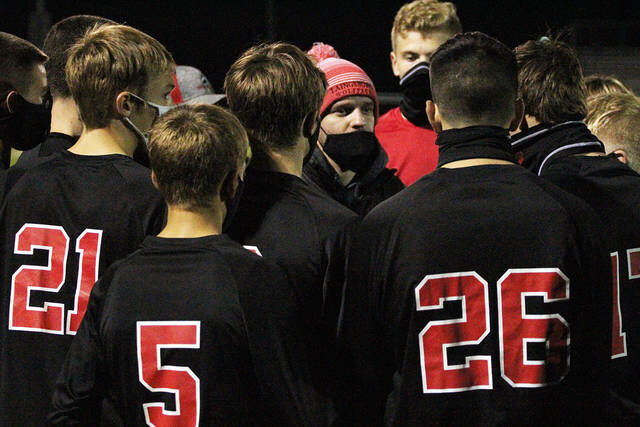 LAINGSBURG head coach Graham Lockwood, with cap, talks to his team before Tuesday’s Division 3 district semifinal vs. Lansing Cathollic. The Cougars defeated the Wolfpack, 1-0, under the lights at Lansing Catholic High School.

LAINGSBURG’S Dylan Hulliberger (17) stops the ball and tries to pivot against a Lansing Catholic defender Tuesday during a Division 3 district soccer semifinal at Lansing Catholic. The Cougars defeated the Wolfpack 1-0.

LAINGSBURG head coach Graham Lockwood, with cap, talks to his team before Tuesday’s Division 3 district semifinal vs. Lansing Cathollic. The Cougars defeated the Wolfpack, 1-0, under the lights at Lansing Catholic High School.

LANSING — Laingsburg brought in a modest 3-6 record to Tuesday’s Division 3 district semifinals, but gave Lansing Catholic all it could handle.

The Cougars (8-3-1) finally broke through for the only goal on Robert Kowatch’s left-footed shot from the left wing with 22:53 left en route to a 1-0 victory on their own turf field.

The Wolfpack came close to scoring on two or three chances throughout the contest — including Dylan Hulliberger’s corner kick which was corralled by a leaping Cougar goalkeeper. A free kick by Laingsburg also came within inches of finding the top shelf.

“We weren’t sitting on the ball at all, we were just playing our game,” Lockwood said. “We talked about who was dangerous and we just played to our matchups. I thought our formation matched up really well with theirs. So if we stayed organized, we were going to be able to do good things and we did do good things.”

Laingsburg’s Cameron Salas, taking a well-placed and well-timed pass, got the ball near the goal in the first half, but his shot sailed just over the bar.

“We had a chance late in the first half to get one and it didn’t go our way,” Lockwood said. “We worked hard on both ends of the field. We did suffer a little bit with them having more possessions, but I told the guys that was going to happen. We just had to stay organized — which we did.”

It was a very tight defensive struggle throughout. Lansing Catholic held a 2-1 advantage in shots on goal in the first half. The Cougars increased their pressure in the second half and finished with a 6-4 edge in shots on goal.

Neither team had many good scoring chances in the first half and Laingsburg seemed to be frustrating the Cougars’ offense with its speed and tenacity.

Laingsburg senior defender Justin Grandy said the Wolfpack was able to thwart Kowatch by forcing him to go the opposite way he likes to dribble.

“The game plan was trying to make him go right,” Grandy said. “We got a scout from the game before say that he was all left. So we were trying to keep him right. When he went up the line, the wingbacks turned in and just tried to keep them in front.”

Grandy said it could have easily been a 1-1 game.

“We got close — we were just a little unlucky.”

Grandy said it was a bit of an adjustment playing on the faster turf field, which Grandy said gave the home team an advantage.

“That was tough. They are used to the turf,” he said. “We play on grass. It was definitely a lot faster than what we’re used to.”