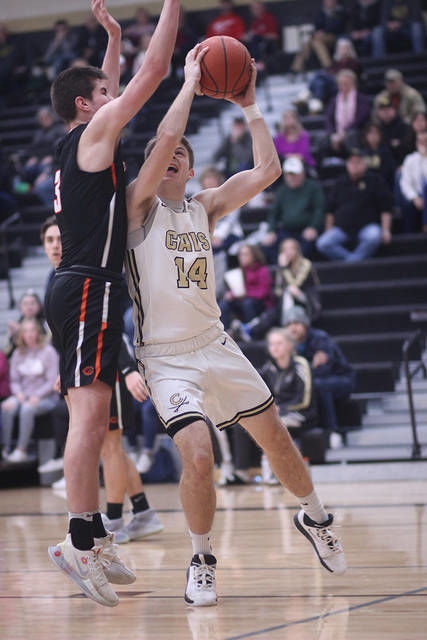 CORUNNA junior guard Caleb Stahr goes up strong to the basket in the second half against Clio’s Logan McNiel Friday at Corunna. Stahr scored 13 points but Clio edged the Cavaliers, 53-49. ‘o 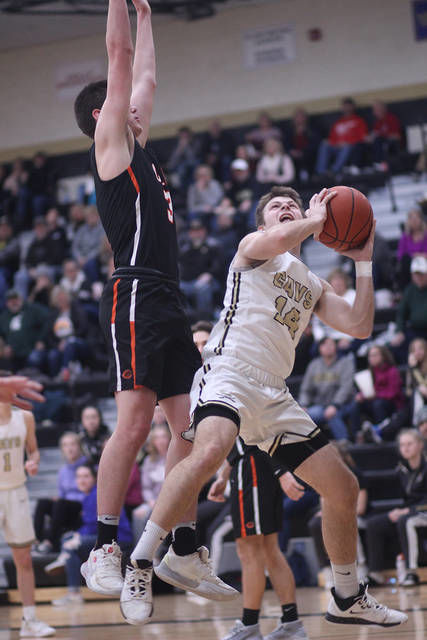 CORUNNA junior guard Caleb Stahr goes up strong to the basket in the second half against Clio’s Logan McNiel Friday at Corunna. Stahr scored 13 points but Clio edged the Cavaliers, 53-49. 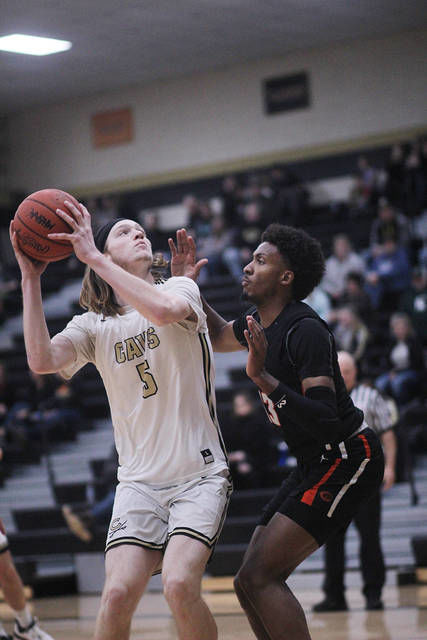 CORUNNA junior guard Caleb Stahr goes up strong to the basket in the second half against Clio’s Logan McNiel Friday at Corunna. Stahr scored 13 points but Clio edged the Cavaliers, 53-49. ‘o

CORUNNA junior guard Caleb Stahr goes up strong to the basket in the second half against Clio’s Logan McNiel Friday at Corunna. Stahr scored 13 points but Clio edged the Cavaliers, 53-49.

CORUNNA — Clio held on for a 53-49 victory Friday over Corunna to stay one game behind front-running Goodrich in the Flint Metro League Stars Division.

Corunna (5-11, 2-6 Flint Metro Stars) trailed 15-3 after one quarter but, with the aid of 10 3-pointers, pulled within two late in the fourth. Cavaliers coach Rocky Buscemi said his team won three of the four quarters, but could not overcome the rocky first.

“It wasn’t a great game — a great one would have been if we had won,” Buscemi said. “We competed … We’re a very young team, but we’ve become a team that just doesn’t give up. And I don’t think we ever feel like we’re out of a game.”

Cole Mieske scored 18 points with seven assists for the Cavaliers, joining Caleb Stahr and Carson Socia with three 3-pointers apiece. Stahr finished with 13 points, all in the second half, and Socia scored nine points with three steals.

“I felt like, in the first half, I was a little uptight,” Stahr said. “In the second half, after going 0-for-3 from the floor, I tried to play my game and slow things down a little bit and got hot at the right time.”

Stahr’s point-blank bunny with 3 1/2 minutes left got Corunna within 44-42. Clio’s Latavius Vaughter sank a 3-pointer to keep the Cavaliers five points down.

Corunna had a chance to slice into that five-point deficit after the Mustangs turned the ball over, but came up empty on a couple of 3-point shots with one minute left.

Socia’s 3-pointer with nine seconds left made it a four-point game. Corunna called timeout, but could not get a steal in the waning seconds.

Mieske, a junior point guard, said that the Cavaliers must be able to do the “little things,” for four full quarters.

“A big thing that we can take away from this is doing the little things right for four quarters straight,” Mieske said. “We, statistically-wise, beat them three out of the four quarters. But in the one quarter that we didn’t beat them, we gave up a ton of points.”

“We’re in a really good league and we’ve got to come out and battle night in and night out,” Buscemi said. “And we’re a team that had to learn what that is.”