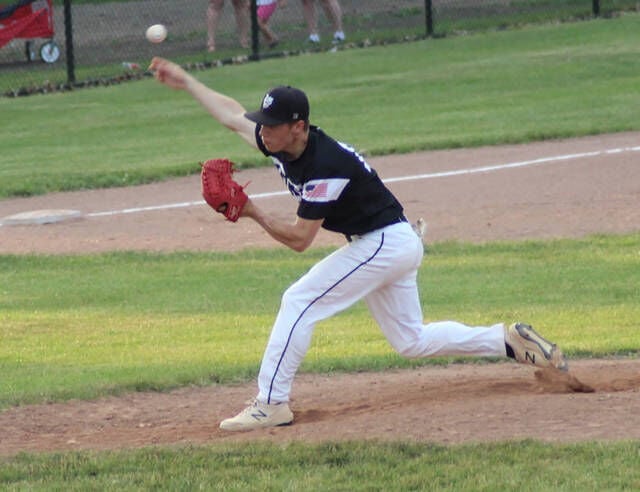 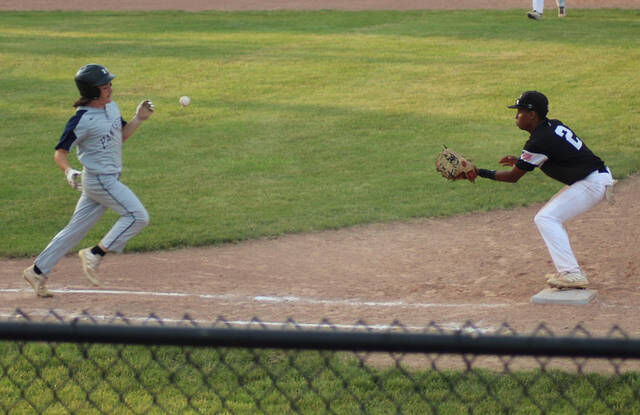 Jordan Belmer (2) is shown making the final out n the Hornets 13-0 win over Mt. Morris Wednesday. 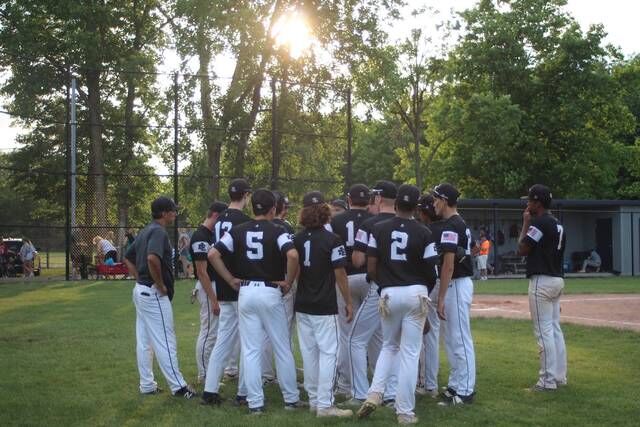 Jordan Belmer (2) is shown making the final out n the Hornets 13-0 win over Mt. Morris Wednesday.

MT. MORRIS — New Lothrop was hitting on all cylinders Wednesday in the Division 3 regional semifinal against Mt. Morris, riding strong hitting from Cam Orr and pitching from Brady Birchmeier to a 13-0 mercy-rule win and a berth in the regional final this weekend.

Coach Ben Almasy said his team is hitting its stride in all aspects of the game at the perfect time.

“It’s impressive right now,” Almasy said. “Like I told the other guys, (Mt. Morris’) pitchers are top level. They’re great kids. We’ve worked hard preparing for that. There’s still some things we need to work on. We eased up. It’s not about running up the score. If we come out like that, we’ll be a really tough out.”

New Lothrop will travel to Saginaw Valley State University for the Division 3 regional final against Reese at 10 a.m. Saturday.

Birchmeier said even though he didn’t add to his 73 RBIs Wednesday, he was pleased with the way he pitched.

“I definitely didn’t have my full velocity today,” Birchmeier said. “The first two innings, I made a few good pitches on curveballs. At the plate, I just took my walks and the guys behind me took care of me.”

Birchmeier had one hit in four at-bats and drew three walks. A pinch runner was substituted and scored every time he reached base. He pitched the first three innings, allowing only one baserunner on an error.

Julius Garza came in to relieve Birchmeier in the fourth inning, allowing no runs. Cannon Cromwell pitched the fifth and retired all three batters he faced.

In the second, Birchmeier drew a walk, before an Orr triple scored another run to make it 5-0. Belmar singled to drive in another run, before a wild pitch by Mt. Morris led to a 7-0 Hornets lead, and the rout was on.

Orr went 4-for-4 with two triples and three RBIs.

The other half of the SVSU super regional features fifth-ranked Richmond against Hemlock in a 12:30 p.m. regional final. The winners of those contests will play in the state quarterfinal at 3:30 p.m.

Almasy had just learned of the Cavaliers’ 3-2 upset of No. 3 Eaton Rapids in its Division 2 regional matchup Wednesday at Fowlerville, and congratulated Corunna coach Chuck Osika.